A proposal to replace the 2017-specification cars' 36mm turbo restrictor with a 34mm version for non-factory entrants was discussed at the FIA's World Rally Car vision meeting in Geneva last month.

There is also a desire for the new-generation World Rally Cars to be used outside the WRC.

WRC's promoter and the event organisers are concerned at the lack of privateer participation, with former regulars such as Lorenzo Bertelli and Martin Prokop absent from current entry lists.

Bertelli is the only private driver who has attempted to put a sustained programme together in a current car, tackling Sweden, Mexico and Argentina in a Ford Fiesta last year.

The FIA has always voiced concern that the speed of the new-generation cars makes them unsuitable for privateers, but this has been questioned by some in the service park.

One source told Autosport: "We're investigating the potential for putting a 34mm restrictor into the current World Rally Cars.

"One of the concerns about the new generation of cars was that they could be too fast for some privateer or gentlemen drivers.

"Taking the restrictor down would take them back to where the previous generation of cars were.

"We need to see more cars competing and it would be nice to see these cars outside of the WRC." 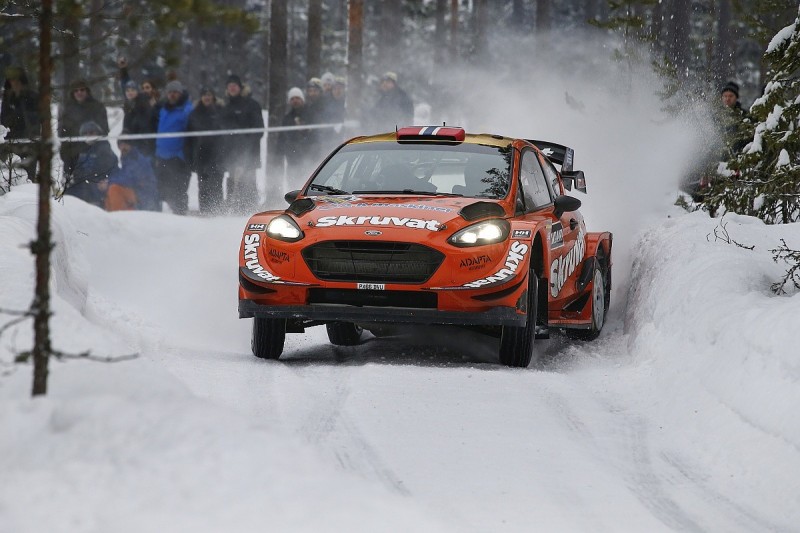 M-Sport's Malcolm Wilson is in favour.

His team has traditionally sold its Fords to privateer entrants and supported independent programmes.

"We're not selling cars, so we're keen to look at anything that can change that and bring the revenue we need to compete at the highest level," he said.

"There's a real desire to see these cars in national championships."

Toyota team principal Tommi Makinen said he was "not sure" about the 34mm restrictor proposal as he does not believe the current cars need to be slowed down for privateers.

"I'm not sure these cars are too dangerous," he said.

"But it would be interesting to see them back in places like the European Rally Championship."

Toyota has been linked with running a fourth car on a private basis for Nasser Al-Attiyah on selected events, but Makinen said this plan had been dropped.

"We can't guarantee it's going to happen, so it's better to say no," he explained.

"It's not our target to be running a private fourth car. It can be done and if it's something positive then it could be done, but it's not our priority right now."

FIA rally director Yves Matton would not be drawn on specifics of the meeting, but told Autosport: "We had a very productive meeting with the manufacturers about the middle and long-term vision concerning WRC cars.

"We will continue to discuss and study the possibilities for our discipline, which has different challenges to some other forms of motorsport."