The Italian tyre brand has developed an entirely new tyre for the 2023 season opener which is expected to operate in low temperatures synonymous with Monte Carlo. In addition to the new supersoft, Pirelli has refined its soft compound tyre for the event.

New for this year, WRC Rally1 crews will be limited to 28 tyres for use during shakedown and the rally. Last season they were afforded an extra set for use in shakedown.

“It is too early to say what the feedback is [from the drivers here in Monte Carlo] but on the test everyone was quite happy,” said Pirelli rally activity manager, Terenzio Testoni.

“They tested in different conditions as they expected to be some snow and ice. For us now, this is new [with the current conditions]. We are quite confident we will have good feedback.” 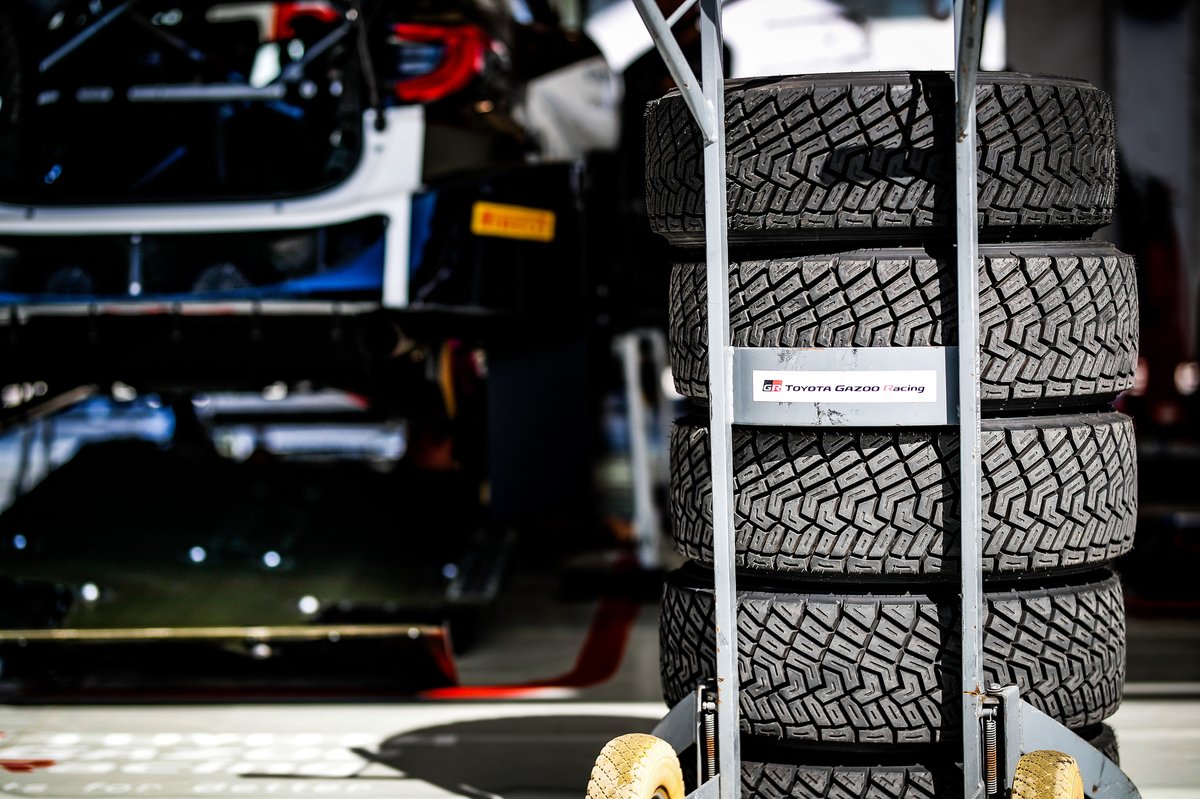 Pirelli came in for criticism at times last season following a spate of punctures, most notably in Croatia, Portugal and Japan. In its season preview, it stated that its product had suffered 41 punctures from 3500 tyres used in 2022, with other failures inflicted by damage to wheel rims.

Speaking ahead of the season opener Pirelli has revealed that its has made refinements to its tyres across its range.

Pirelli is also working to improve its wet weather asphalt tyres and will use the same gravel specification tyres which were in use in the second half of last season.

“The new technical solutions introduced are not only aligned with the continuous and rapid development of the cars and the relentless increase in performance, but also anticipate their possible trajectories in the short and medium term,” read a statement from its launch release.

“To better withstand the increased speeds and powers - which together with the increasingly challenging racing conditions subject the tyres to increasing stress - the asphalt and gravel tyres in the WRC1 2023 range feature construction tricks that leave their performance characteristics unchanged, but maximise their overall strength and durability.

"The result is an even more reliable and competitive product range.”

Testoni is however confident Pirelli won’t encounter any “surprises” during the 2023 campaign.

“The updates in tyre characteristics, however slight, lead us to expect the season to unfold without any surprises," added Testoni.

“There will, of course, be no shortage of challenges and unknowns related to the teams' now total confidence in managing the increased power and weight of the hybrid cars, which subject the tyres to particularly intense stress.

“The Monte Carlo Rally will already be an important test for everyone, which will give significant indications on the continuation of the championship.”

Abiteboul: What the WRC can learn from Formula 1