Sebastien Ogier says not even a “perfect performance” in Portugal would have been enough to deny Elfyn Evans a first victory of the 2021 season.

Evans finished the fourth round of the World Rally Championship 28.3 seconds clear of Hyundai’s Dani Sordo, with reigning champion Ogier a further 55.3 seconds off the pace in third.

The result narrow’s Ogier’s lead in the drivers’ standings to two points, meaning the Frenchman will once again perform road-sweeping duties on the opening day of Rally Italia Sardegna next week.

“I don’t like when I’m not able to fight for the very top positions, but that was kind of expected coming here leading the Championship and running first on the road, so we did what we could,” said Ogier.

“At the end we finished third, quite far from Dani and Elfyn, and I really believe even if I would have done a perfect performance, I would have been closer, but not able to battle with them [for the win] with the road position.”

Ogier hinted that he was far from happy with his Yaris in Portugal, with that leading to some time-loss errors across the three days. He has publicly called on his team to redouble their efforts in the build-up to next week’s visit to Sardinia.

The threat from Hyundai Motorsport’s Ott Tanak and Thierry Neuville is expected to be even greater after both pulled out of Rally de Portugal with offside rear suspension damage. They re-joined on Sunday, however, and finished first and second in the Power Stage to earn five and four points respectively.

“There are things we need to understand and work on to be sharper in Sardinia,” said Ogier. 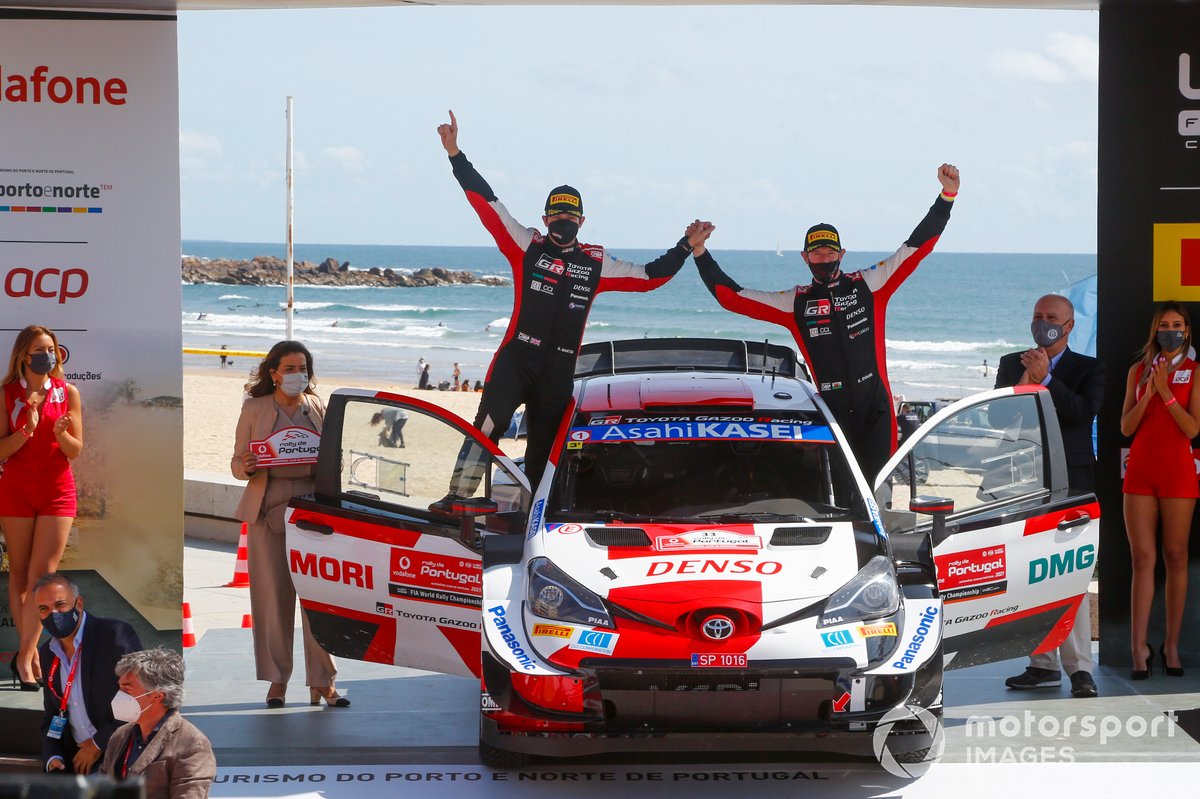 “Honestly, I am happy to lead the Championship. It is always good to be leading. No-one wants to open the road in Sardinia but points are taken and I have them and it is up to my competitors to catch me.”

For 2021, WRC teams have been allocated 30 days of testing, with his bumped up to help drivers better understand the new control tyres developed by Pirelli. However, Toyota has decided against travelling to the Mediterranean island – somewhere they have yet to win.

“We are limited with the test days and they are calculated on one day per driver,” explained Team Principal Jari-Matti Latvala, who banked the Japanese squad’s best results there in 2016 and 2017 with runner-up finishes.

“Now, of course, we have a new rally in Kenya [the Safari Rally] and we were focusing more towards Kenya. We thought Sardinia and Portugal are similar events. One set-up for this and try to do more work for Kenya, which is the new event for everyone.”