Thierry Neuville has revealed Le Mans 24 Hours legend Jacky Ickx was sending him messages of support on his way to securing a drought-ending World Rally Championship victory in Belgium.

The Hyundai Motorsport driver recorded a comfortable win at the Ypres Rally as the event made its long awaited debut on the WRC calendar this weekend.

Neuville headed a Hyundai 1-2 finishing 30.7 seconds ahead of team-mate Craig Breen to score his first win of the season, while ending Hyundai’s poor run of form that after unreliability and misfortune cost the team likely wins at the previous four rallies.

The Belgian claimed his first WRC win on home soil in style - and his first anywhere since the Monte Carlo Rally at the start of 2020 - winning seven stages across the event, which concluded in front of a huge crowd at the famous Spa-Francorchamps circuit.

Neuville was handed the winner’s trophy by six-time Le Mans 24 Hours winner Ickx, who had been sending the Hyundai driver messages of support throughout the event.

“Jacky, I've known him for more than 10 years and he is one of the guys who sends me messages every rally,” said Neuville.

“I got one last night with a lot of emojis and flames and stuff to say that he was believing [in me], and I knew that he was here today so I sent him a message back saying 'see you tomorrow', and I think he understood that well.”

Having headed into the event as the overwhelming favourite, Neuville admitted it was a relief to record the victory, which ranks among the best of his career, and places him firmly in the championship hunt. 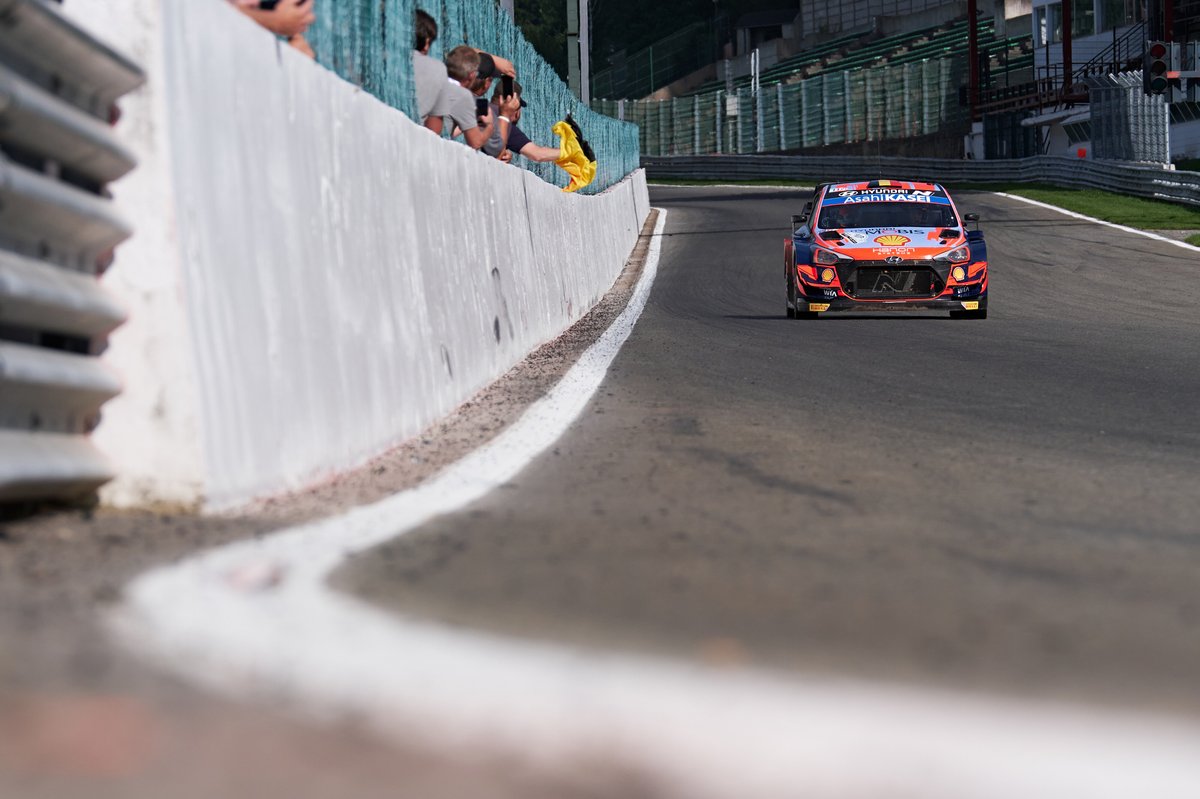 Victory and a bonus three points from the powerstage has elevated Neuville to joint second in the championship with Toyota’s Elfyn Evans, with the pair 38 points adrift of leader Sebastien Ogier, who finished fifth in Belgium.

“The feeling basically is relief to win the event - we knew everybody was waiting on us to win this event or at last finish on the podium, but our target was to go and win,” Neuville added.

“We felt comfortable from the beginning, I was in control of the race all the time and that made me feel quite comfortable.

“I didn’t need to go faster, I could have if it was needed, but I was really afraid of punctures to be honest this weekend. That was the only big concern I had.

“It definitely feels great. It is a win we wanted so much and it is also a win that is important for the championship because we are able to secure a lot more points than Elfyn and Sebastien.

“In general, it was a good weekend not only for the win but also because we have closed the gap in the championship as a team with one and two.”

The WRC is due to head to Greece next month for the Acropolis Rally (9-12 September), which is one of four events remaining on the calendar.