Thierry Neuville boosted his World Rally Championship title hopes by scoring a memorable win on home soil at the Ypres Rally to end his and Hyundai’s victory drought.

The home hero has proved the class of the field as Rally Ypres made its debut on the WRC calendar, leading home a Hyundai 1-2, 30.7 seconds ahead of team-mate Craig Breen.

It was an emotional victory for Neuville in front of a huge home crowd, his first WRC win since the Monte Carlo Rally in January last year and the first alongside new co-driver Martijn Wydaeghe.

Tanak, the last of the WRC runners to complete the distance, was sixth after a puncture on Saturday ended his podium hopes. 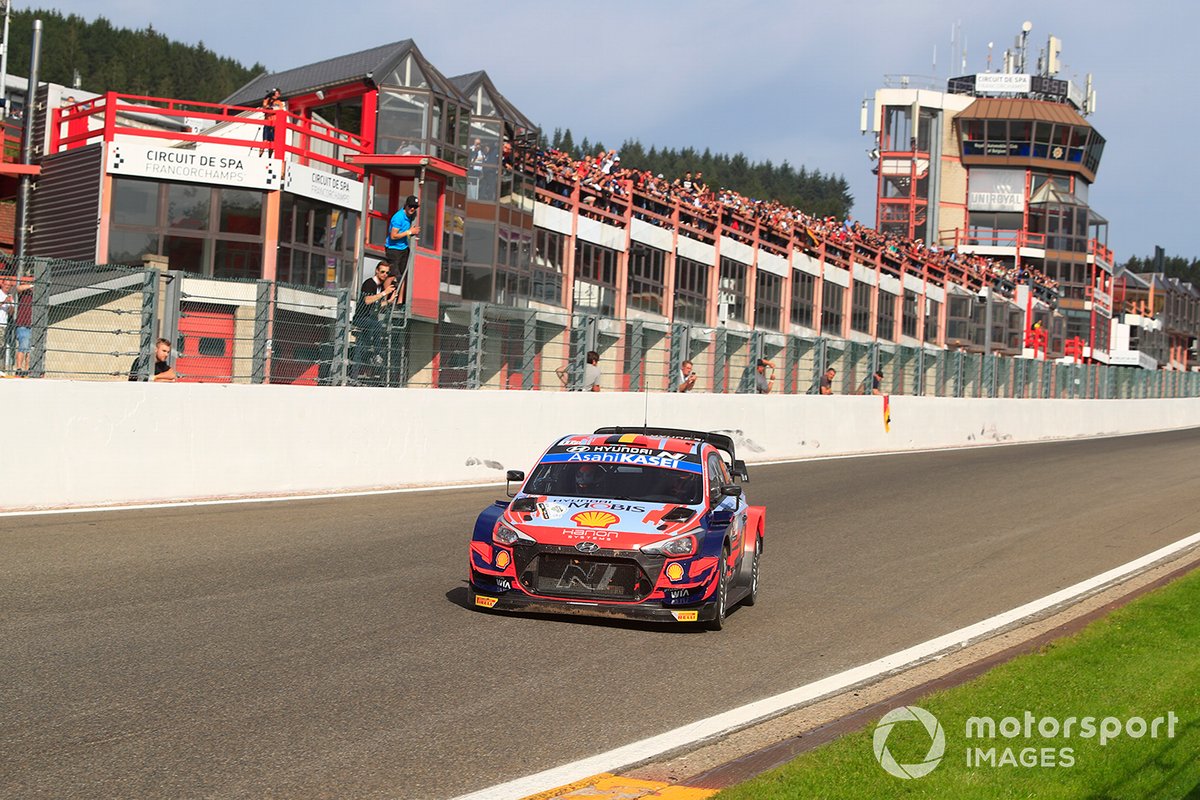 Neuville and Breen were the only top-line WRC drivers to have experienced Ypres’ challenging fast narrow Tarmac roads lined by perilous ditches and they made the knowledge count.

The former event winners were embroiled in an enthralling dice on Friday, before Neuville took command on stage four. From there, the Belgian scored four stage wins on the bounce to open up a 7.6s overnight lead.

Well clear of the Toyotas, Hyundai told its drivers to hold station on Saturday. Neuville and Breen kept their cool through the afternoon and Sunday’s Spa-Francorchamps stages to record a championship-boosting victory.

“We had a lot of pressure coming here, but I felt quite comfortable all the weekend and I could rely on my team and the car,” said Neuville, who moves to joint second in the championship, 38 points behind leader Ogier.

"It was a pleasure for me to give this first win to Martijn here in Belgium. It should have come earlier, but we were unlucky. It feels good here now.”

The final run through the stages, incorporating the famous Spa-Francorchamps circuit, began with Tanak pipping Neuville to the win on stage 19 by 0.7s. 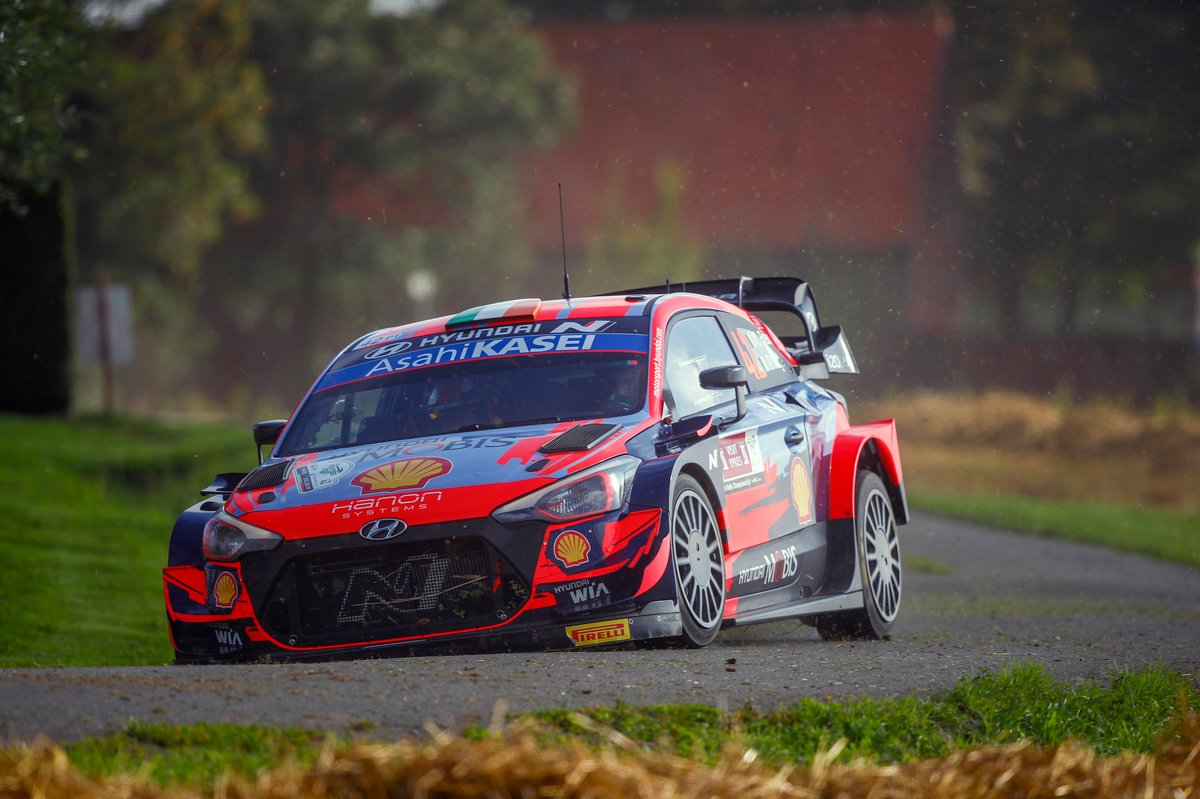 Third-placed Rovanpera extended his margin over Evans to five seconds as Ogier ended the test that finishes at Stavelot corner 0.2s shy of Evans.

Breen, Neuville’s nearest rival in the rally, elected not to take any undue risks and dropped 10.1s but remained 17.5s ahead of Rovanpera.

The full five bonus points from the powerstage were claimed by Tanak, who took out the final stage in style beating Ogier by 1.9s.

Rally winner Neuville picked up three extra points after finishing third on the stage in front of a vociferous home crowd. The Belgian celebrated with victory donuts at the finish.

Rovanpera was fourth fastest while a ragged Evans secured the final bonus point in fifth.

The stage was not without drama as 2C Competition Hyundai driver Pierre-Louis Loubet suffered a puncture five minutes into the stage.

Loubet, returning to competition after retiring on Saturday, stopped and changed the front-right wheel before going on to complete the stage.

In WRC2, Jari Huttunen won the class despite having to complete the final stage without power steering. Championship leader Yohan Rossel claimed the WRC3 class.

The WRC is scheduled to head to Greece next month for the famous Acropolis Rally from 9-12 September.