Markko Martin is the latest addition to an increasingly impressive Rally Estonia entry list, with the five-time World Rally event winner making his competitive debut in a Ford Fiesta WRC

Martin was one of the original architects of Rally Estonia - as well as the inaugural winner in 2002 - and said it was an easy decision to return to competition on the event, which has attracted entries from all the factory World Rally Championship teams as they use it to prepare for Rally Finland.

The July 12-14 rally will be Martin's first taste of the current generation World Rally Cars. He is pictured above testing the Fiesta he will use.

"I have been in one before, but I was a passenger with Ott [Tanak]," said Martin, a former Subaru, Ford and Peugeot works driver who last competed in the WRC 14 years ago.

"He was driving quite nicely. It felt nice in the fast corners, felt like the aero was working really well.

Martin, pictured below on the way to winning Rally Catalunya in 2004, complimented his countryman and fellow former WRC competitor Urmo Aava for the work he has put in on establishing Rally Estonia. 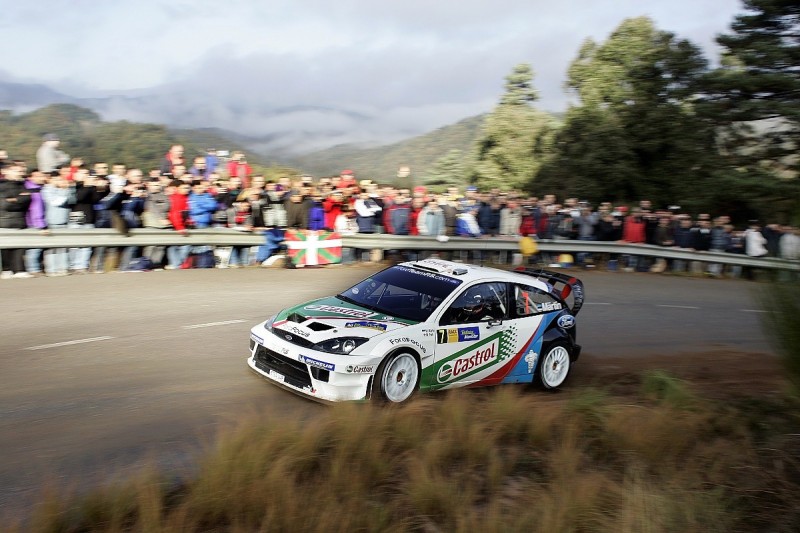 "It's quite incredible how this event is building," said Martin. "I was in at the start 15 or more years ago with the decision to go to the region where the rally runs.

"There's a really nice infrastructure there and the roads are quite like Finland - there are probably more entertaining roads in some other parts of Estonia, but these are more representative [of Finland], especially the small roads.

"With all the entries, it looks like it's going to be a really good event and given that it's my home rally, I had to be part of it."

Martin won his last home event, the 2016 Louna-Eesti Rally, in his own Ford Focus RS WRC and enjoyed class success at the wheel of a Ford Escort RS1800 on the Rally of Otago in 2017.

But it has been a while since he last competed across protege Tanak.

"It's a little bit his fault I'm doing this," said Martin. "I was talking to Ott about it, but I said: 'Sod that!' when I found out what it was going to cost!

"But he kept on at me and in the end I agreed to make it happen. It was a good idea at the time..."

Aava said Martin's presence on his home event was as important as having all four WRC factory teams represented.

"Our goal was to have four WRC manufacturer teams," said Aava. The addition of Markko Martin and [co-driver] Kristo Kraag with Ford Fiesta WRC is, in my opinion, on the same level of importance.

"In 2010 they became the first winners of Rally Estonia (in its current guise) and we are honoured to have them here again.

"Markko has an important role in the development of Estonian rallying and I'm looking forward to his feedback on the event."

They are joined by Martin and local ace Georg Gross in a Ford Fiesta WRC.