But he was left without a WRC seat for this year and has elected to drop down to the WRC's support series - albeit the Pro class aimed at manufacturer entries - rather than sit the 2019 season out.

The 31-year-old had tested a rallycross car ahead of potentially dove-tailing his season between the two disciplines.

"I was disappointed when it was clear to me the WRC at the highest level was not an option for me," said the 2012 Rally Portugal winner.

"It was never an option to give up on my dreams.

"Rallying is more than a job, it's in my blood." 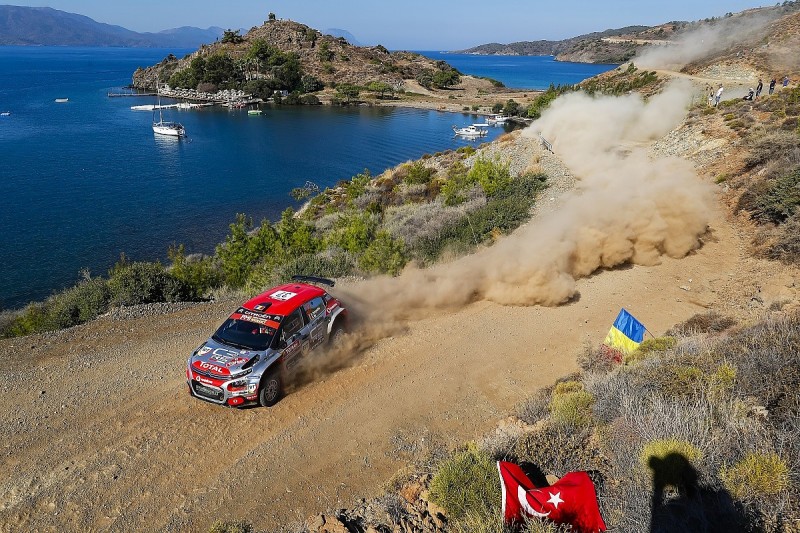 The car made its debut last year in Corsica, and took podiums in the hands of Stephane Lefebvre and Simone Tempestini (pictured above).

Ostberg starts his campaign for WRC 2 Pro glory at Rally Sweden, but before that the Norwegian will make his competitive C3 R5 debut at Rally Hadeland on February 2.

"This year will be a challenge," said Ostberg. "I have no experience with the car and my first rally is coming soon.

"It will be a busy time, but with my [rally] experience and Citroen Racing's expertise, hopefully we can clinch the first C3 R5 win in WRC 2 [Pro]."

Ostberg will contest this Saturday's Sidalsrally, where he will drive one of his own Adapta team Group N Subarus on the Norwegian series opener.

Marcus Gronholm back to WRC for Rally Sweden with a Toyota