Tanak was brought into WRC by M-Sport, spending several years with the team, before moving to Toyota for 2018.

Tanak quickly adapted to its Yaris and claimed his first win for the team in Argentina, and was propelled into title contention by a hat-trick of victories at the halfway stage.

But he hit problems in Britain and a disappointing result in Spain wrecked his slim prospects, which were ultimately ended by retirement in Australia.

"It's a good opportunity," Tanak said of his 2019 prospects, during the launch of the new WRC season at the Autosport International Show.

"Last year was a different situation. Obviously going into the second season with the same team and same car and same people it is feeling much more relaxed.

"We know what is ahead of us and a bit what to expect.

"All the knowledge and experience we got in the twelve months we definitely have a lot to use and hopefully we can get the best out of it." 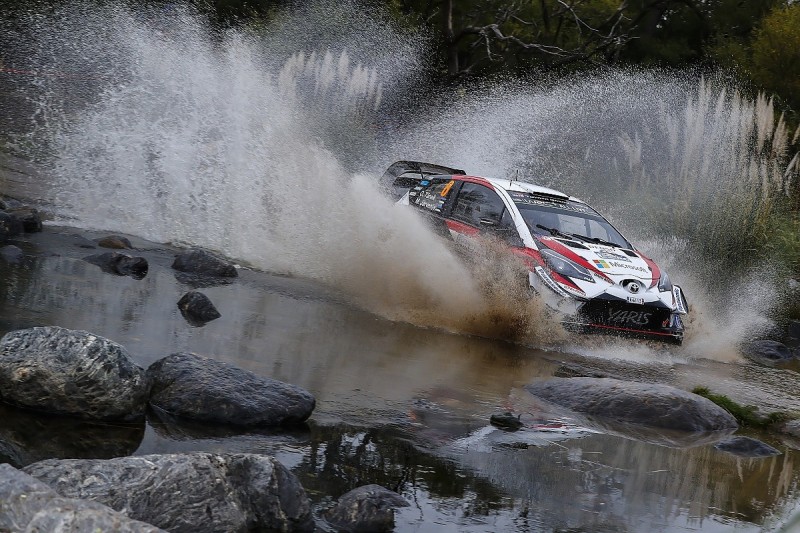 Tanak was beaten to the title by former M-Sport team-mate Sebastien Ogier, but reckons the experience he gained during his first campaign with Toyota will yield dividends.

"We just need to be better than we were last year." said Tanak, who finished the season third overall, 38 points behind Ogier.

"It's a long season and there are lots of things you need to do and get right.

"Last year I was still in a way like a rookie because every rally was new for me with Toyota.

"We still had a lot to learn but I believe now we are prepared for the coming season and it will definitely make us a lot stronger.

"I think we will have plenty more chances to fight for this title."