WRC rally winner Mads Ostberg has issued an apology following his expletive-laden tirade on live television at Rally Sardinia last weekend that landed him a fine and a suspended penalty.

The Norwegian driver, who won the World Rally Championship's WRC2 crown last year and won Rally Portugal outright in 2012, was hit with FIA sanctions for swearing multiple times during a TV interview at the stop control after Stage 18 last Sunday.

His comments came seconds after he had finished a stage in which he had suffered a front-left puncture, which robbed the 33-year-old of the WRC2 class lead. He would go on to finish second in class and sixth overall in the results.

The extraordinary outburst was investigated by the FIA, resulting in a €1000 fine and suspended 25-point penalty.

Ostberg has since released a video statement on social media apologising for his actions, while thanking his supporters for their messages since the incident.

A crowdfund campaign set up by Estonian Gustav Kruuda, the brother of 2014 WRC2 event-winner Karl, has achieved 52 donations totalling €876 of the €1000 total at the time of writing.

“The last 24 hours has been pretty special I must say, we finished a good Rally Sardinia on Sunday," said Ostberg.

“Unfortunately I did something that I shouldn’t do and I would like to apologise for my language on one of the stage ends.

“I know that shouldn’t happen and it was just purely from the heat of the moment. 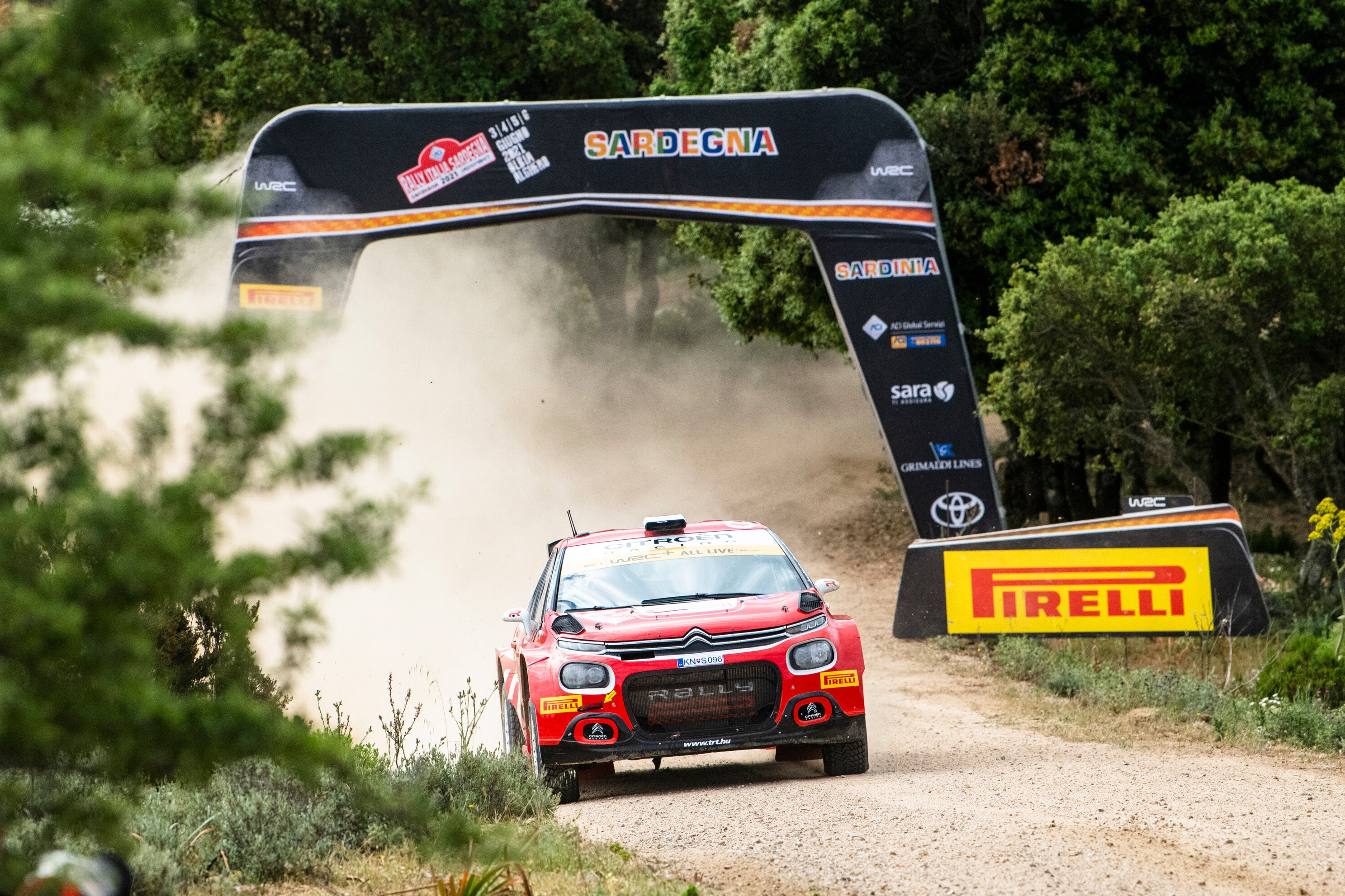 “I will make sure that doesn’t happen again in the future and at the same time I want to thank everyone for the massive support that I have felt from my supporters this weekend.

“Especially the last few days thank you so much, and I hope to see you again soon.”

A stewards report acknowledged that Ostberg’s comments were made in the heat of the moment, but deemed his actions had breached FIA and WRC regulations.

“While the stewards understand that in the heat of the moment, especially after having suffered problems during a special stage, it can be difficult to control emotions, drivers should always have a decent level of control of their words in a live TV interview,” read part of the stewards report.