M-Sport has revealed a bold new look with the launch of its Ford Puma ahead of the 2023 World Rally Championship.

The Ford squad has today taken the covers off the latest version of its Puma, which this year will be driven by an all-new driver line-up of 2019 world champion Ott Tanak and French rising star Pierre-Louis Loubet.

Tanak has returned to the Cumbrian squad to spearhead the team’s attack following his departure from Hyundai at the end of last year, after exercising an option leave the South Korean marque with a year remaining on his deal.

After impressing during a seven-round campaign last year, Loubet has earned a promotion to a second full-time seat at the squad for the year. 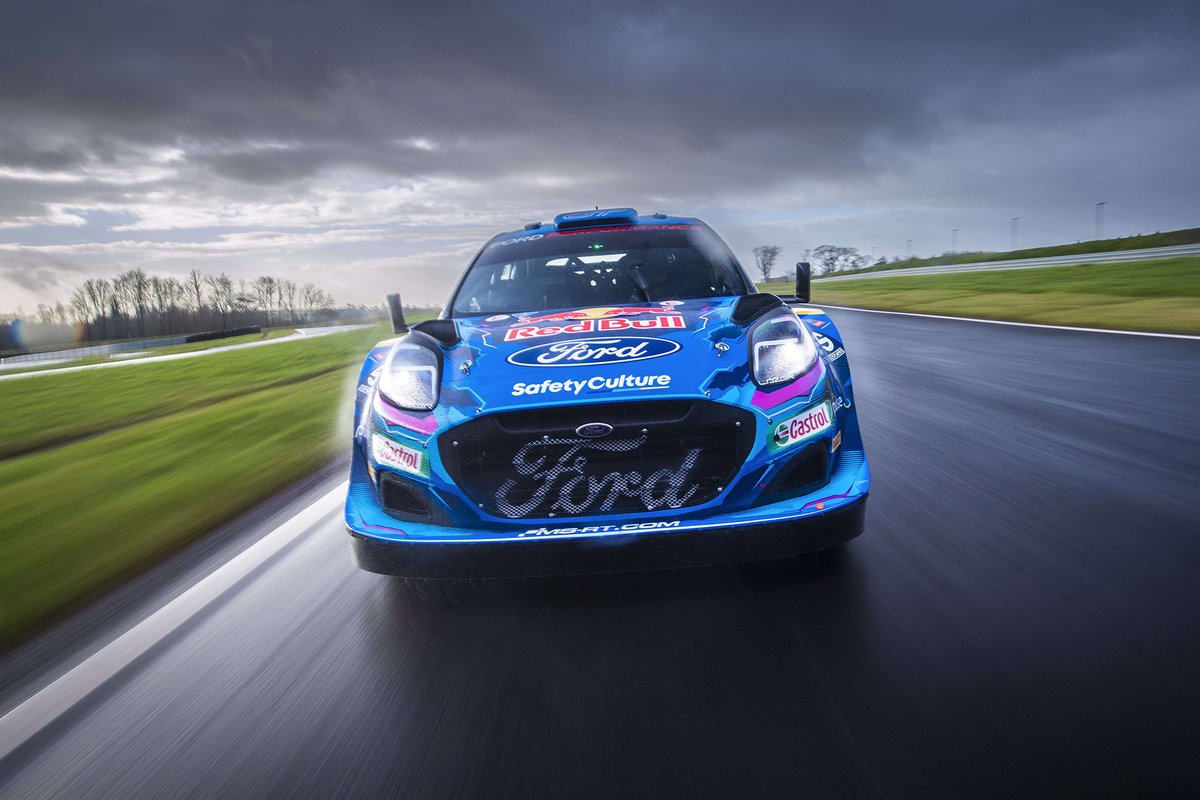 The team remains hopeful of adding nine-time world champion Sebastien Loeb to its line-up at selected events this year after failing a to reach a deal for the Frenchman to compete in next week’s season opener in Monte Carlo. Loeb joined M-Sport for four WRC rallies last year with the highlight being an 80th career win achieved on the Puma Rally1’s debut in Monte Carlo.

The new look Puma once again features backing from energy drinks giant Red Bull although the team has opted to replace its popular purple colour scheme with a new blend of blue and pink flashes. The Ford branding also remains prominent on the Puma bonnet.

The extension of Red Bull’s backing will mean both Tanak and Loubet will now be inducted as official Red Bull athletes. Serderidis will also adopt the new livery instead of his usual colours in Monte Carlo. 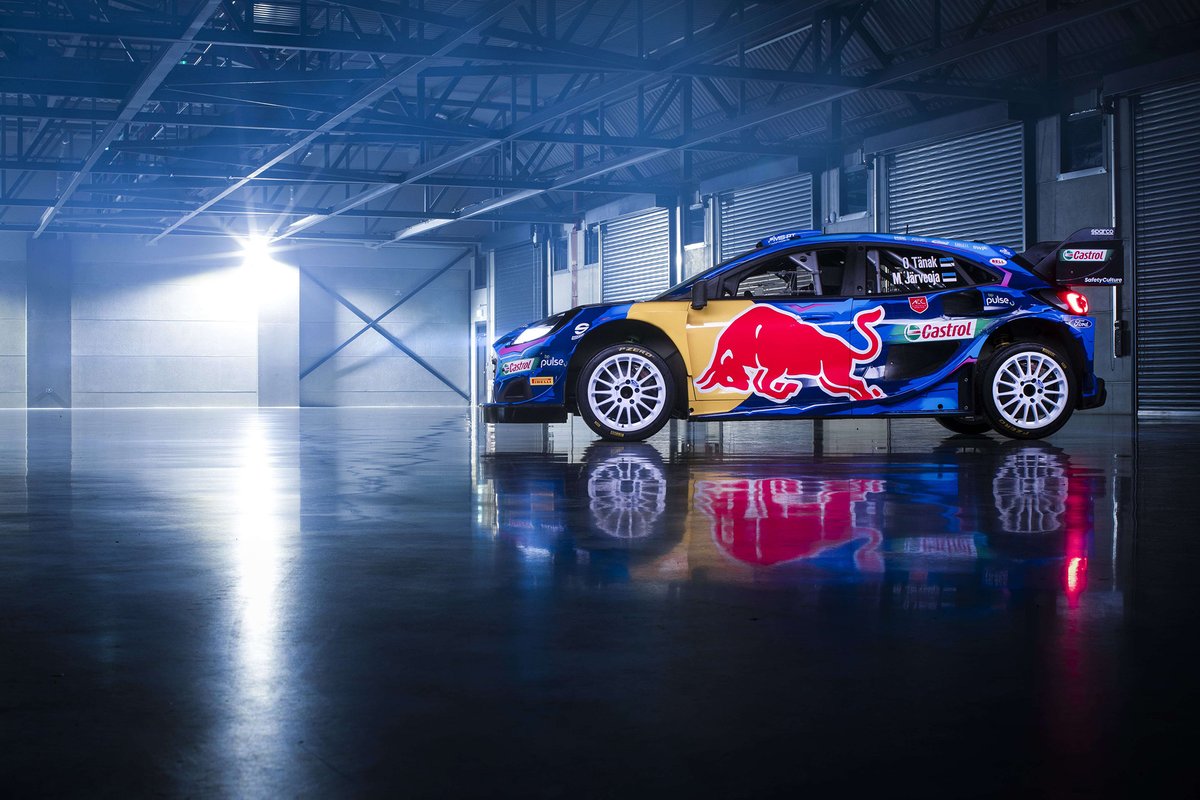 “Inspired by synthwave music, and maintaining its electrified look as a nod to the hybrid era, 2023’s livery features neon bolts of vibrant pink and electric blue across a canvas of the iconic Ford blue,” read a statement from the team press release.

“The team takes the success of 2022’s stunning livery and takes it one step further, hoping to make an impact in both colour and performance in 2023.”

The car will make its competitive debut when the WRC's 2023 season begins in Monte Carlo next week. 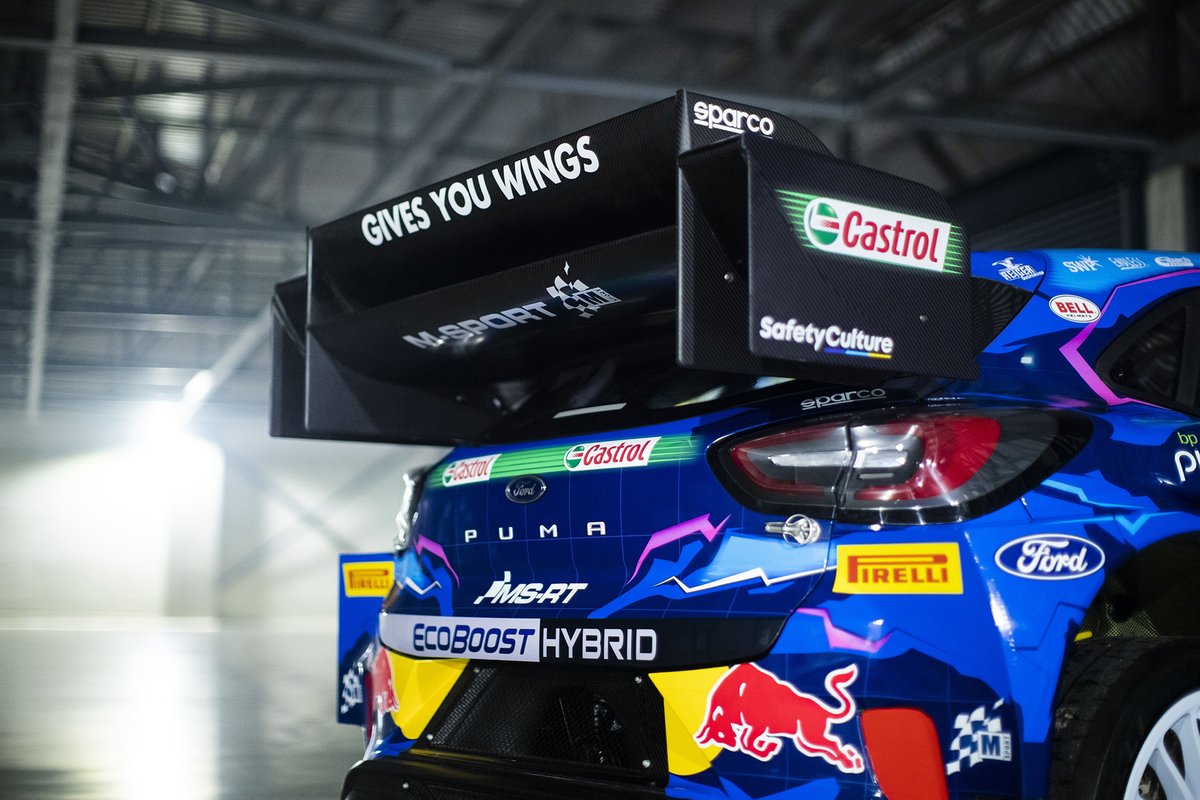