Toyota has announced that Takamoto Katsuta will be promoted to its factory team’s third car on selected World Rally Championship events next year.

The world championship-winning constructor has today officially confirmed its 2023 line-up, and will continue to field this year's world champion Kalle Rovanpera alongside Elfyn Evans, Katsuta and Sebastien Ogier, the latter again contesting a partial campaign.

Toyota boss Jari-Matti Latvala hinted that Katsuta could be in line for a promotion from the development team after the Japanese driver achieved his goal of two podiums this season at last weekend’s Rally Japan.

In only his third season in the WRC's top flight, Katsuta emerged as one of the championship’s most consistent drivers on the way to scoring a career-best fifth in the overall standings.

Instead of electing to sign a driver to replace the Hyundai-bound Esapekka Lappi, who shared the third car with Ogier this year, Toyota has promoted Katsuta to the third points-scoring car for events which Ogier will not contest. It means Toyota will only field three GR Yaris entries at some events next year.

“I’m really excited to make this next step in my career,” said Katsuta.

“To have this kind of role with the team has been a big target for me and I want to thank Toyota Gazoo Racing for giving me such an amazing opportunity.

“Of course it will bring a bit more pressure than before, but I am very motivated to keep working hard to be ready for next season and to do the best job I can for the team.”

It has also been confirmed that Ogier, who is set to contest as many has half the events, will do so alongside co-driver Vincent Landais following his debut alongside the eight-time world champion at rally Japan. 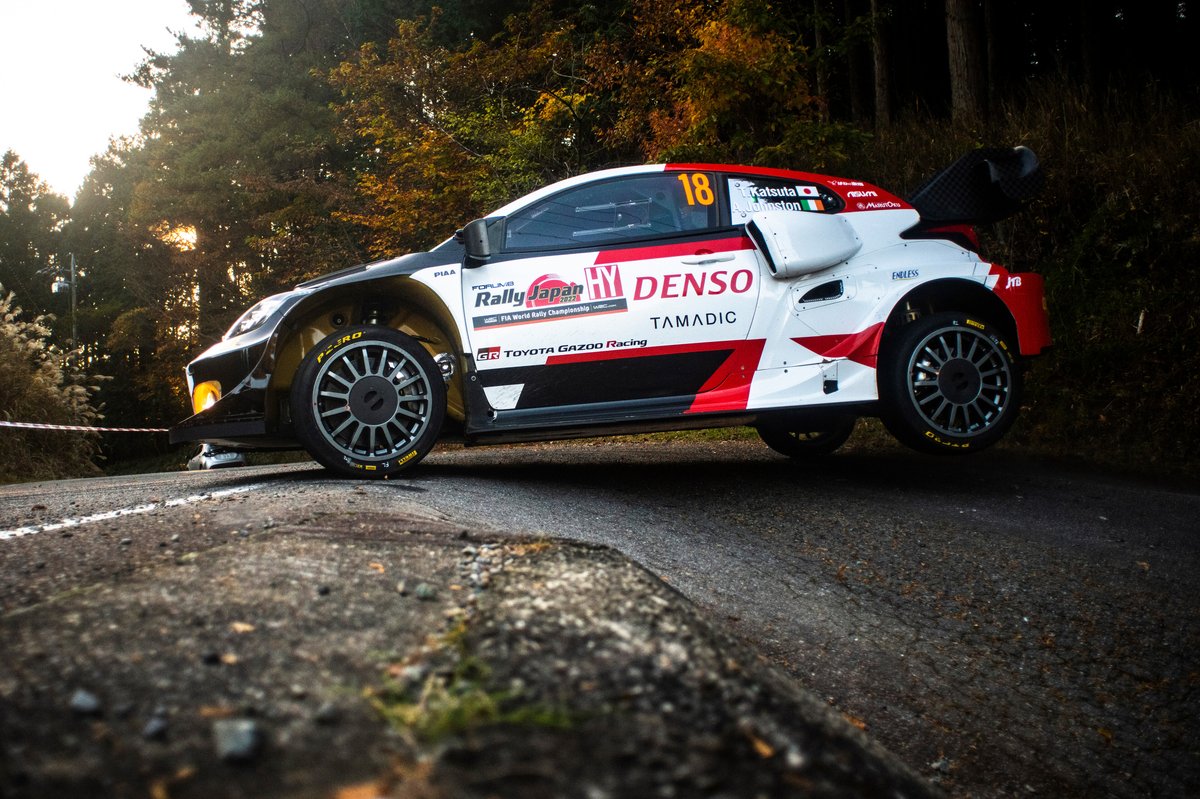 Latvala said he was pleased to hand Katsuta a promotion and is confident the 29-year-old can contribute to its manufacturers' crown defence next year.

“As a team we have enjoyed an extremely good season in 2022,” said Latvala.

“To win all three titles for the third year in a row will be a big challenge but that is certainly our target next season and we need to keep working together to achieve it.

“It’s very nice to welcome Takamoto into our main line-up to share a car with Sebastien while also still gaining the experience of a full season. We believe the time is right for him to make this step.

“In 2022 he was the WRC’s most consistent scorer so we are confident he can bring good points for the team.

“Our other drivers have all proven they can win rallies and fight for championships. Kalle will have a new challenge trying to defend his title but he will be very motivated and loves driving the car.

“For Elfyn on the other hand it has not been an easy 2022 season but he finished it with a good feeling in the car and we are sure he will be strong in 2023. Finally, Seb has shown that even when doing a part-season he has the pace to win and he brings a lot to the team.”