Rally Estonia, which runs out of Tartu next week, has traditionally been a warm-up for WRC crews competing on Rally Finland, which takes place across the Baltic Sea a few weeks later.

Estonia attracts the best entry of any rally in the world outside of the WRC and next week all four factory world championship teams will attend the event, bringing seven latest-generation World Rally Cars.

Local driver and WRC points leader Ott Tanak will take part, and will be joined by his mentor and friend Markko Martin, winner of the original Rally Estonia back in 2010.

Estonia's event director Urmo Aava is preparing to launch a WRC bid that he hopes will raise safety standards on WRC events, while also planning an innovative spectator experience.

"The World Rally Championship is in our plan," Aava told Autosport. "Everybody tells us 'it's impossible, we are dreaming', but we won't give up.

"We have a three-year plan to grow our event, but we are doing this in a slightly different way."

"We have built roads in the past to help the teams testing for Finland.

"But now we are making and preparing the roads for the future of the event and for the fans.

"Yes, we are still building the jumps and making the surface harder, to represent Finland, but what we want to do is provide the safest possible environment for the fans to watch.

"We are making the road with the specially designated spectating areas built in. In these places, the fans will be safe and they will be able to follow the cars for around one kilometre - but we absolutely won't make it look like a rallycross track.

"With our new plan and our aim to make the WRC, we know we have to take care of every single spectator.

"Safety is, of course, the main thing, but we also have to make the place is right for the fans. That means good parking, food, toilets, big video screens and good information, all of that sort of thing. That's what we're working on." 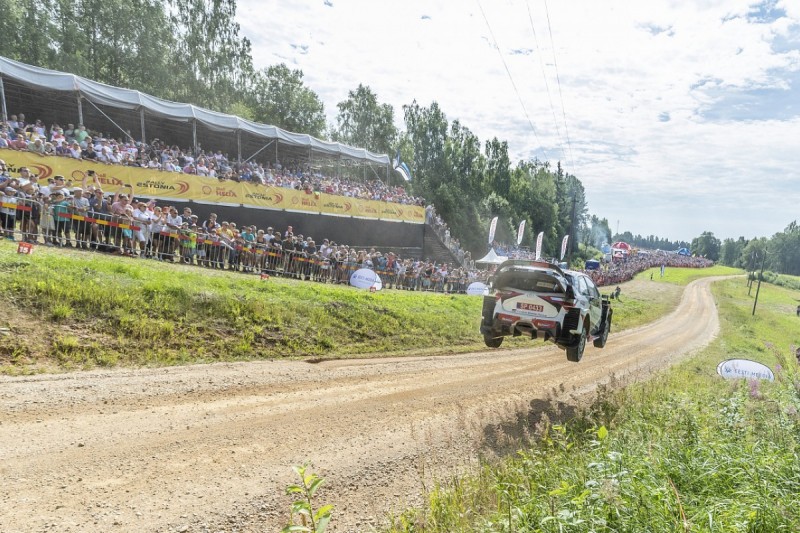 Estonia enjoys the status of an official WRC promotion event, which means it can essentially run as a candidate rally each season.

Aava is adamant that Estonia will not be in the world championship before 2022.

"We don't want to come [to the WRC] before 2022," he said. "We want all of the organisation to be ready when we come and we're still learning.

Government funding for a WRC round is in place but has to be renewed each October.

"We have very good support from the government," said Aava. "The government understands what we are doing and reaching the WRC is in the [event's] development plan."