Amid rumours that Ogier would consider retirement from the championship, he instead upped sticks to join Toyota - in place of Hyundai-bound Tanak - prompting Citroen's withdrawal from the WRC after 21 years in the category.

Although Ogier announced that he would retire at the end of 2020, Lappi expressed his surprise that his former team-mate had decided to continue for one more year.

"I was surprised that Seb continued this season; I was kind of thinking he might stop," Lappi told the WRC.

"It seems that [losing the title to Tanak last season] was a boost for him.

"I don't know what he wants to do after the rallying apart from Extreme E. For sure, he will keep driving something."

Lappi, who has yet to add to his maiden WRC success with Toyota on Rally Finland in 2017, also explained that he had learned a lot from Ogier during their time together at Citroen, having observed his working methods close-up. 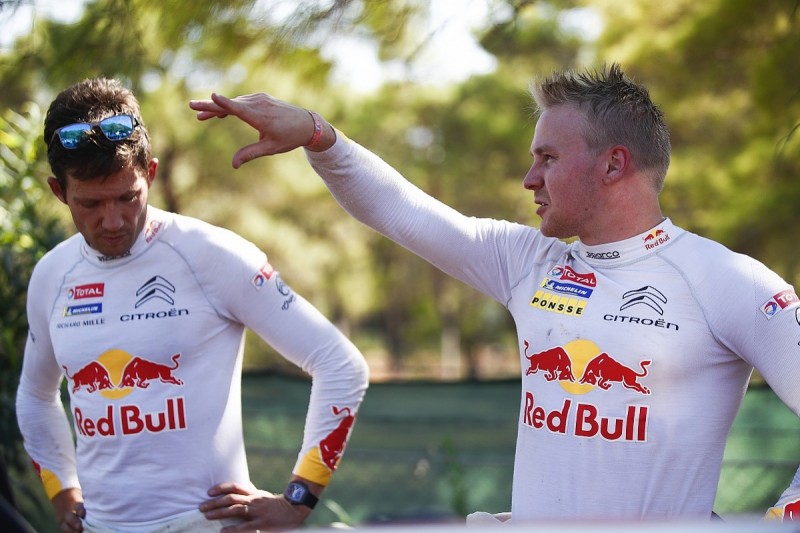 The 2016 WRC-2 champion hailed Ogier's attention to detail when working with his engineers, which was something Lappi "hadn't seen before."

"I have been lucky to work with several top drivers in the past three years and top of the cake was Seb last year," Lappi added.

"The biggest difference was how much he was concentrating on the small details. "Not really in terms of the set-up of the car, but all the other things like what is happening outside the driving; the crews, information and tyre choices.

Lappi currently sits seventh in the 2020 WRC standings, having retired on Rally Mexico when his Fiesta caught fire and burned to the ground. M-Sport team manager Richard Millener confirmed to Autosport that the chassis would be "a total loss".