World Rally Championship crews are bracing themselves for this week's Rally Turkey being the roughest event in years, with many predicting chaos on Friday's opening day

Turkey returns to the WRC for the first time in eight years, but moves from its previous base in Antalya and Istanbul to new roads on country's south coast.

But the pre-event recce has revealed the roughest stages in almost a decade of WRC competition.

Toyota's Jari-Matti Latvala, the most experienced driver in the championship, told Autosport that Friday morning's first stage proper - the 23.6-mile Cetibeli test - will be the toughest of the season.

"This is the roughest since the 2009 Acropolis," he said.

"We have rocks the size of footballs. But the difference from the Acropolis is that we had room on the road to avoid the things, here there's not so much room.

"The first stage there is 15 kilometres where the road has been built and they have taken the digger and built the road from breaking down the mountain - the rocks are big on the ground and there's no small, softer gravel on the surface. This will be tough and you need to be patient."

Latvala and co-driver Miikka Anttila have had to adjust their pace notes.

"Five kilometres into the first stage, Miikka will tell to me: 'Rough part starts' and then I take it steadier," Latvala explained. 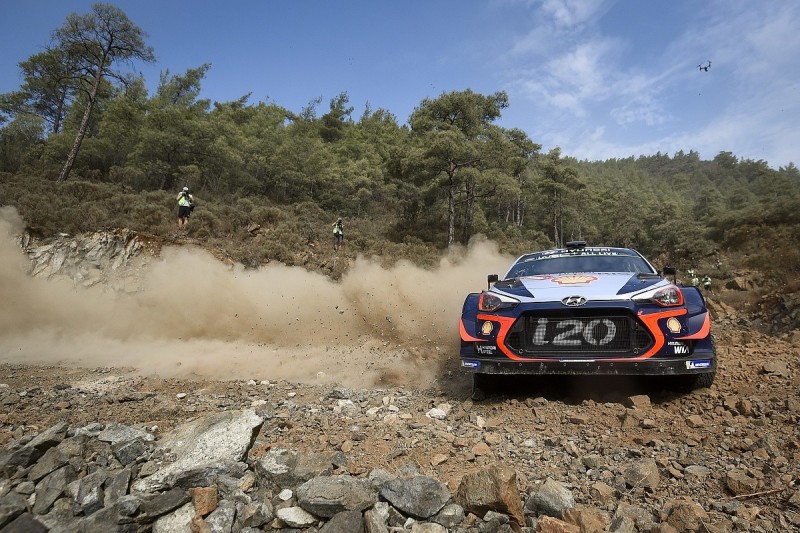 WRC leader and shakedown pacesetter Thierry Neuville has made more use than ever of the word "cassant" in his notes.

"It means broken," the Belgian told Autosport. "I used it once maybe in Sardinia or Mexico, but here it's 10 times.

"It will be a hard rally, but these rough conditions, the ruts on the second run suit the i20; we can find good grip."

Running first on the road through the opening day, Neuville has accepted he will lose time and has dismissed the dust concerns of those following him.

"There's a three-minute gap between the cars," he said. "If it was two, it could be tough, but three is enough. For me, it will be a disadvantage [running first]."

Neuville's Hyundai team-mate Hayden Paddon said luck would play a big part in the outcome of the first all-new event in the WRC since Bulgaria in 2010.

"It's definitely going to be a lottery this one.

"We will get a bit of a gain with the sweeping, but what we gain there we'll lose with the rocks being pulled out that we have to dodge - and some of those are going to be so big that you do have to drive around them. We're definitely talking about football-sized rocks.

On the up side, the speeds in the stages are reasonably low, so hopefully there will be the chance to avoid them. It'll definitely be the most challenging event of the year."

The rough conditions will be made more tricky by ambient temperatures in the mid-30s. The hot weather is expected to remain throughout the event, with the chance of isolated storm showers.

Rally Turkey starts with a superspecial through the streets of Marmaris on Thursday evening.