Meeke competed with the French firm twice this season, while Ostberg switches from the M-Sport squad where he scored his first and only WRC win in Portugal last year.

Talking about his new deal for 2013, Meeke said: "It's an incredible opportunity.

"I've always been close to Citroen over the last few years. I'm really lucky to be able to work with a team that has so much experience and so many titles.

"I have only competed in ten world championship rallies in a WRC. I think I've got some potential, but I still need to get some experience under my belt.

"The Citroen DS3 WRC is a terrific car and I'm going to be able to use the team's knowledge to help me improve.

"I know that I'll have to be patient in the first half of the season and learn all about the rallies that I haven't done before."

Ostberg, who has contested 65 WRC events, said he was proud to be joining Citroen.

"We worked hard to get an official driver's spot," he said. "After so many years watching Citroen win, it's a dream come true to be part of this team." 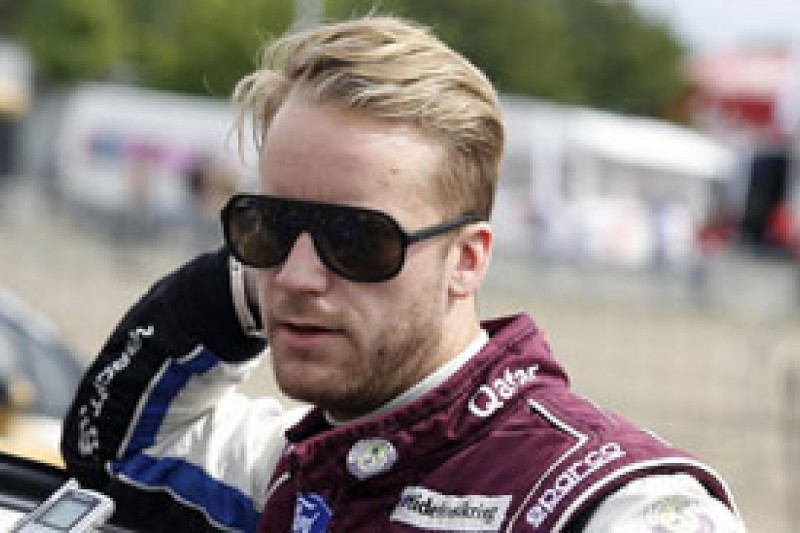 "And even though I don't know the team or the car yet, I can recognise the worth of the guys and the Citroen DS3 WRC.

"Of course I'm joining to get some good results and to try and win some rallies. I've always shown that I could be quick.

"I know that the standard in the World Rally Championship is exceptionally high, but I want to be competitive."

Khalid Al Qassimi will also compete in a factory Citroen, driving a DS3 WRC in Sweden, Portugal, Italy and Spain as well as returning for a Middle East campaign.

Citroen team principal Yves Matton said both Meeke and Ostberg were on the verge of breaking into the elite.

"Our team line-up for the 2014 season is in keeping with our ambitions," Matton said.

"Kris Meeke and Mads Ostberg have followed very different career paths, but both of them are on the cusp of making it into the very top class of world rally drivers.

"After an initial phase of learning and getting to know each other, our goal will be to help them to improve and turn them into real contenders for victory."

Today's announcement ends Mikko Hirvonen's two-year spell with Citroen. The Finn is expected to join M-Sport along with Robert Kubica.