Sebastien Ogier believes his final World Rally Championship season could be the most open yet, with the defending champion tipping Toyota team-mate Kalle Rovanpera to be a dark horse.

Ogier's last full season in rallying's top division will get underway at Rallye Monte-Carlo on Thursday afternoon where the Frenchman is targeting a record-breaking eighth victory at the Gap-based event.

Once again, the 37-year-old starts as the bookies' favourite, but he is predicting a five-way scrap for the title in 2021.

Elfyn Evans pushed the Frenchman close last year and held a fourteen-point lead going into the deciding round at Rally Monza only for an off on the penultimate day to dash his dreams of following in the footsteps of boyhood heroes Colin McRae and Richard Burns.

Ott Tanak made inroads with his Hyundai i20 Coupe WRC in 2020, scoring three second-place finishes and triumphing on home soil at Rally Estonia.

As for Toyota Gazoo Racing protege Rovanpera, he ended all but one rally in the points, and netted two power stage wins in Sweden and Estonia alongside Jonne Halttunen.

The young Finn also enjoyed a commanding three-minute victory on last year's Artic Lapland Rally - the same event that has been added to the WRC calendar following the loss of Rally Sweden to COVID restrictions.

"Last year was very close and I expect about the same level of competition - that is for sure," Ogier told Autosport.

"With Ott and with Elfyn they are a bit like me, they are more prepared with the car, so that should help them to be even better this season. 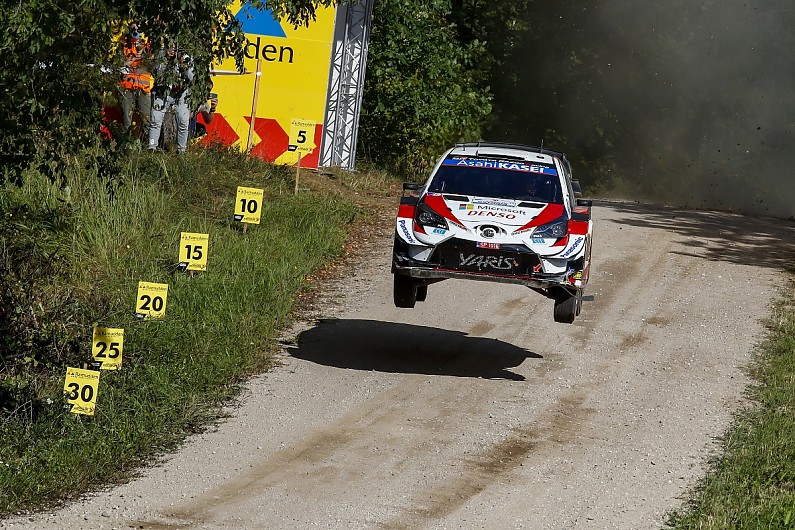 "I think the contender for the title should, at least, remain the same four [Ogier, Thierry Neuville, Tanak and Evans] as last year, plus probably more.

"Why not Kalle after what he has done in his first season? It's definitely possible that he'll join us in the fight."

Ogier announced back in November that he was extending his stay in the WRC by one year due to the coronavirus health pandemic that led to a number of rallies being cancelled in 2020.

"I am pleased to be here. It was my decision - I am very happy and I want to enjoy my last season," he said on Tuesday.

"To enjoy it, the plan is to keep pushing and performing - that has always been my way of competing.

"I always want to give my best and when I enter this championship, I want to win it one more time."