Rally Mexico organisers say the third World Rally Championship round of 2020 will go ahead as planned despite coronavirus fears, as the event is "fully aligned with national guidelines".

To date, Mexico has seen just a dozen reported cases of COVID-19 among its population of almost 129 million - none of which have been reported in the Guanajuanto region where the rally is being held.

The COVID-19 outbreak as played havoc with world motorsport in recent weeks, with Formula 1, MotoGP and Formula E events - amongst others - all being affected.

Commenting on the virus situation in relation to Rally Mexico, Guanajuato's Secretary of Health Daniel Alberto Díaz Martínez said: "We have implemented an epidemiological surveillance system to monitor all the drivers and teams arriving from countries where the situation is most serious: China, Hong Kong, South Korea, Japan, Italy, Iran and Singapore.

"The WRC Rally Mexico will be held within the framework of these preventive measures, with support from a team of epidemiologists and health workers who will be stationed at those locations where the highest numbers of spectators are expected, as well as at the Rally Campus at Poliforum Leon, in order to guarantee the health of all those attending."

The organisers repeated its conviction that the rally could be staged safely in the hours leading up to the ceremonial start - although not everyone within the series shared the same level of confidence in keeping COVID-19 at bay. 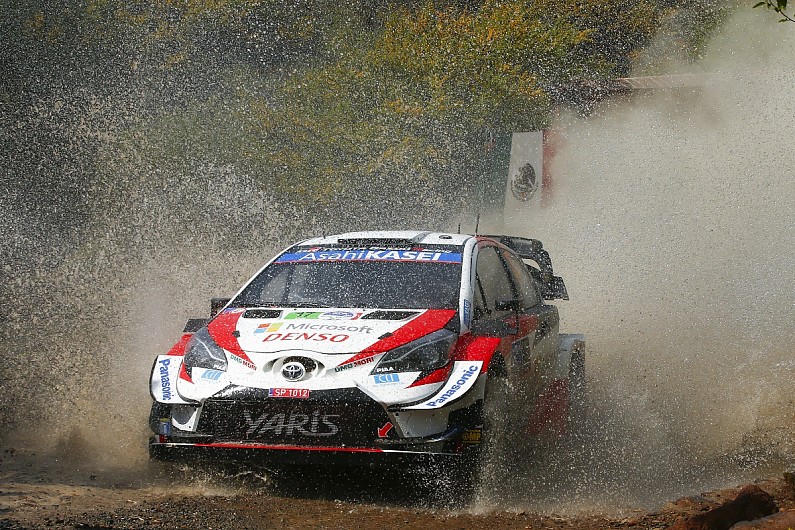 Six-time world champion Sebastien Ogier expressed reservations about continuing with the event as other sporting fixtures worldwide have either been postponed, scrapped or run behind closed doors.

"Some issue I had today was more in the mind," he said, after setting the third-fastest Shakedown time on an event that he has won five times previously.

"It was difficult for me to be in the race to be honest this morning I was just - I almost didn't sleep last night.

"I was just, I don't know, concerned with this whole world situation at the moment and I really hope that what we do this weekend is right.

"I really hope that we don't bring any more danger here in a place where the cases are supposed to be lower.

"That's the only concern I had this morning but if the race has to go on definitely tomorrow I have to switch that off my mind and focus on the race because like this morning I was a bit of passenger in the car and that's not the way you need to drive a race."

Rumours suggest the upcoming Rally Argentina due to take place from 30 April 3 May could be canned owing to a ban on international sporting events in the country coming into force last week.