Evans has Toyota, Makinen permission to fight for WRC title

After beating reigning champion Ott Tanak to victory last weekend having led after every stage, Evans is now equal top of the championship standings with Tanak's Hyundai team-mate Thierry Neuville, albeit Evans is ahead on a countback.

Evans' six-time world title-winning team-mate Sebastien Ogier had been expected to lead the teams title challenge this year, although he admitted at the start of the season he had not demanded number one status at the team.

Ogier was demoted to fourth on Rally Sweden by Toyota's 19-year-old junior driver Kalle Rovanpera on the powerstage, the young Finn taking a podium on just his second top-line WRC start.

Toyota team boss Tommi Makinen said Evans - and Rovanpera - could count on the team's full support despite having a team-mate as successful as Ogier. 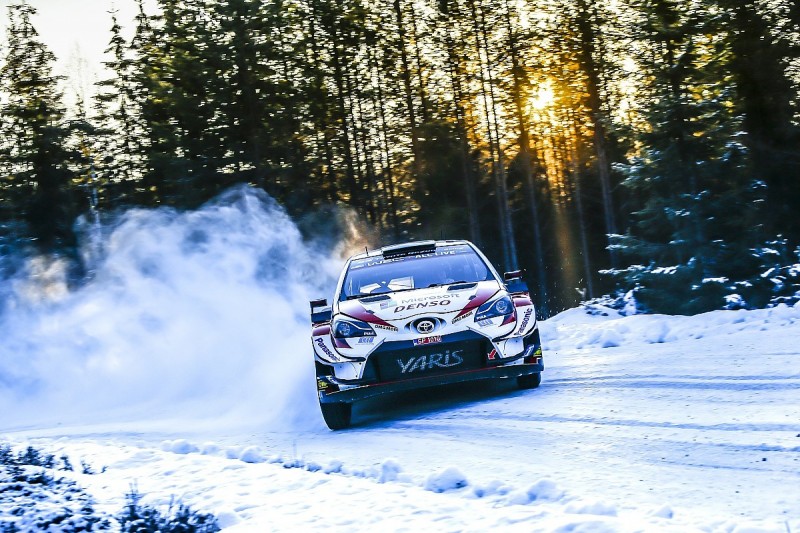 "We're all smiling, all very proud," Makinen said after the finish in Torsby on Sunday afternoon.

"We give them maximum support to continue.

"There are many good ideas to support them and let them do even better."

Rally Sweden was only Evans and Martin's second start with Toyota after a career spent entirely at M-Sport Ford up until this point.

The duo had led most of the Rally Monte Carlo weekend until the Sunday, where Neuville and Ogier moved ahead and Evans/Martin settled for the podium. 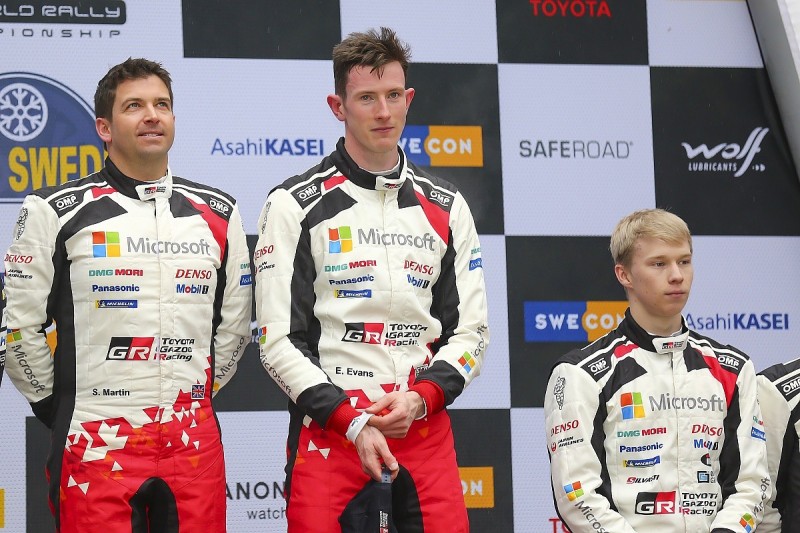 "I knew that in Monte, the performance was a little bit surprising - how fast and how quickly Elfyn was able to find the car to go fast," said Makinen.

"I think this was the surprise for everybody.

"In Monte, with the conditions, we knew he's been very good.

"Here in Sweden, that was an even bigger surprise, I think his self-confidence is at a pretty high level."

By leading the championship, Evans faces the prospect of opening the road on Rally Mexico next month, where he'll be expected to lose time on the loose-surface stages.

"It's good that we've been able to capitalise on both of them and I suppose Mexico can be specialised as well.

"Let's hope it goes as well as it did on the first two. There's always hope [it rains]..." 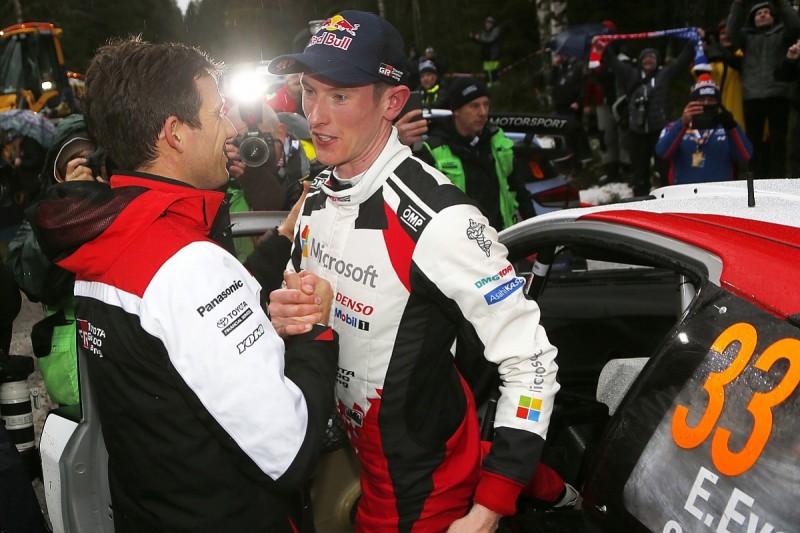