Hyundai has added two test events to its October schedule, creating a run of four rallies in four weekends, as the debate over World Rally Championship testing continues.

The manufacturer has filled the two weekends between Rally GB and Rally Spain with Rallylegend for Thierry Neuville, and the Spanish Gravel Championship qualifier Rally Ciudad de Granada for Sebastien Loeb.

Hyundai's decision to compete in the two extra events comes as other teams are lobbying the FIA to ban works WRC teams from competing on national rallies for testing purposes.

Hyundai has already fielded an i20 WRC on extra rallies for Loeb (Rallye Vosges and Rally di Alba) and Neuville (Ypres Rally) this year.

Motorsport director Andrea Adamo said: "Participating in the Rallylegend and Rally Ciudad de Granada events in October will allow us to be as prepared as possible for the final rounds of the WRC season.

"We are making every effort to be fully ready for the challenges that we will face against our competitors in the remaining rallies."

Hyundai's lead in the manufacturers' title race has shrunk from 44 to eight points over Toyota in the last two rounds. 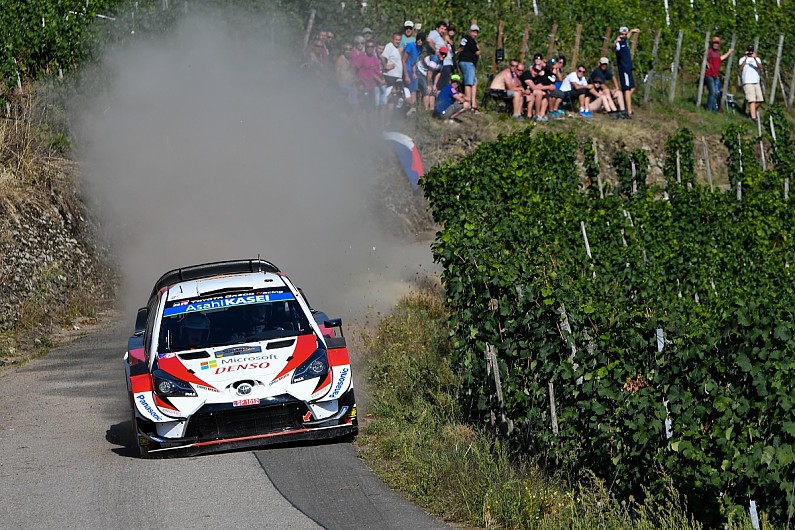 The additions mean that Hyundai will run factory cars on four back-to-back weekends, with Adamo adding: "The entire team is doing an amazing job to include these events alongside our WRC commitments, and I am thankful to them.

"We have pushed hard to make our car more competitive this year in an extremely close championship battle.

"The gap has been reduced but we now have to redouble our efforts as the season finale approaches and we fight for our title ambitions."

The additional events are aimed at improving the i20 WRC's performance on Rally Spain, as Hyundai's current generation World Rally Car has yet to make the podium at the WRC's only mixed-surface event.

The subject of WRC teams competing in national events was discussed at Friday's WRC Commission meeting.

Citroen team principal Pierre Budar is leading the argument against testing on events.

He told Autosport: "We have a fixed allocation of [42] test days and doing these events is testing, so those days should come from the allocation."