The one-time WRC rally winner will drive an M-Sport Ford Fiesta R5 MkII on Rally GB next month before making an outing in a Fiesta World Rally Car on the season-ending Rally Australia.

Paddon concluded a deal to drive a factory Ford in Finland, only to be ruled out by a test accident three days before the rally.

He returned to New Zealand immediately to start work on finding more funding to be back with the team before the end of the 2019 season.

"In my mind there was no doubt we had to come back and do something," Paddon told Autosport.

"There was absolutely no way we could leave it as it was after Finland. I had to be back in the car and I've got there with more phenomenal support.

"There's still a little way to go yet in terms of sorting the financial side out, but we'll definitely be there in Australia.

"I'll test the car before the event, we're going to Spain for that test and I'm happy to say we'll be using the test car this time!"

Paddon said competition from the likes of Kalle Rovanpera and Mads Ostberg on his R5 outing in Wales would be "irrelevant".

"I know the level of the competition is really high, but all I can do is focus on myself, my preparations, my recce everything that I do," he added.

"I'll go to both events and do my own thing and back myself to do a good job, regardless of the competition and what anybody else is doing. It's the same when it comes to Australia as well.

"To be honest, Wales [the Rally GB deal] was a bit of a bonus really. M-Sport offered it to us and I jumped at the chance to drive the car and work with the team.

"There will be some time to test the R5 car before Wales and all of this is seat time and more experience with the engineers." 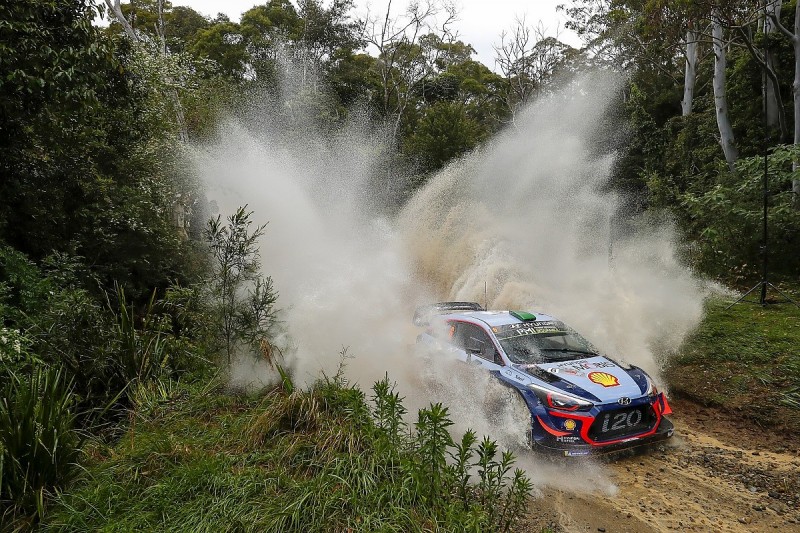 Asked about his expectations for his World Rally Car return, Paddon replied: "It'll be 12 months since I was in a World Rally Car when I get there, so it's going to be a fairly tough ask, but I'm naturally a very competitive person and I'll want to be looking at the top five.

"Have you seen the recent results in Australia? From 2014 until last year, we finished: sixth, fifth, fourth, third and second in '18 (pictured above).

"There's only one place to go from there. No pressure, then!"