Double DTM champion and 2016 World Rallycross title-winner Mattias Ekstrom's hopes of continuing in World RX with Audi support are rising, and he expects a decision by Christmas

Ekstrom's EKS squad received official Audi backing for the defence of its RX drivers' and teams' titles this year, but put four of its S1 quattro Supercars up for sale in September, casting doubt over whether it would continue in the series.

Ekstrom has confirmed that plans for new cars are progressing and he is awaiting final "signatures" to give the 2018 programme the green light.

"Generally things look good but physically we are missing some signatures," he told Autosport.

"It looks good that our cars have new owners and on the new [car] side we are still working flat out to try and nail all that.

"We still need a decision before Christmas to be ready in time.

"If we can have our plans for the team and for myself before Christmas, then I would be pleased."

As was the case 12 months ago, Ekstrom will not continue the programme without works support.

"This I've said for a long time, it's pretty clear," he said.

"We need to find a bit of pace, that's one thing, but also the big picture to get commitment from all of our partners that we can continue because we are still dependant on every single one." 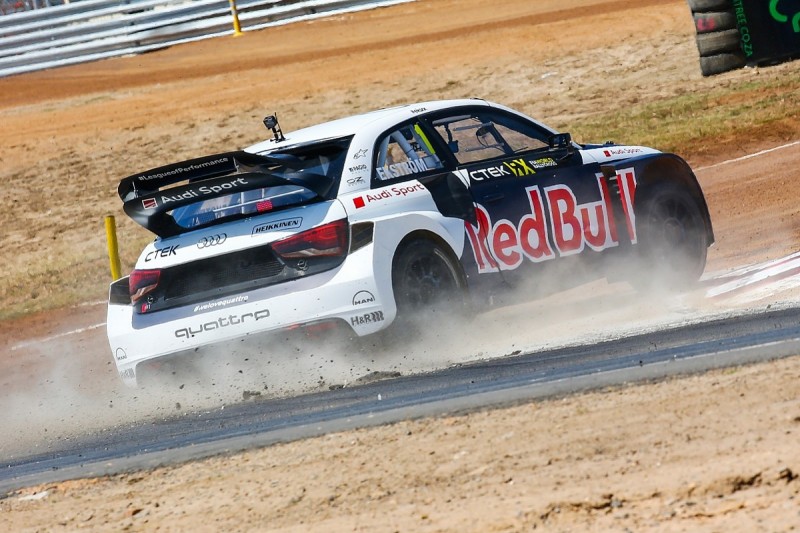 He would not be drawn on which model of Audi EKS will use if it is on the grid in '18.

"I think the S1 is fantastic from the size, it looks good, so for the time being it's difficult to make something else, but for sure there will be a stage where this car will be out of range," Ekstrom said.

"Audi has a lot of good cars, but for me the S1 with the overhangs and the size and so on, it's pretty good for this sport.

"But when it's from the marketing perspective it's a different story.

"We will see, maybe we will have a good Christmas present to tell."

Ekstrom finished second in both the World RX and DTM drivers' standings this year despite missing his home RX event in Sweden because of a DTM clash.

Marcus Gronholm in talks with Hyundai for World Rallycross