Bakkerud qualified on pole positon thanks to winning the second semi-final and finishing higher than fellow semi-final victor Johan Kristoffersson at the Intermediate Classification.

Bakkerud beat Kristoffersson into the first corner at the start of the final, as Toomas Heikkinen shot from the back of the grid to third behind them.

The leading pair were never troubled for their positions at the front, but Heikkinen had to defend hard from team boss Ekstrom. 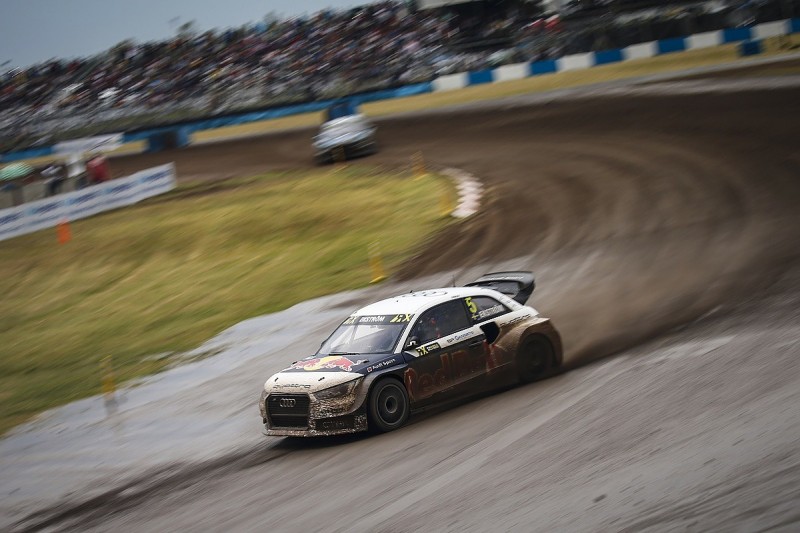 But Ekstrom made a mistake while pressuring his team-mate and lost fourth to fellow Audi DTM champion Timo Scheider, who had made it to an RX final for the first time with Munnich Motorsport.

Last year's Argentina winner Robin Larsson completed the final pack in sixth in his Audi A1.

Bakkured's victory meant he beat outgoing champion Petter Solberg to third in the drivers' championship behind Ekstrom and Kristoffersson on countback - with three wins to Solberg's one.

Solberg had dominated the qualifying heats but crashed out of the event in the semi-finals, having sustained steering damage in first corner contact and later hitting a tyre barrier after a further tangle with Timur Timerzyanov.

EKS secured the teams' championship before the semi-finals.

Closest rival Team Peugeot-Hansen's challenge ended when Timmy Hansen failed to qualify for the semi-finals, the squad's disappointing weekend compounded by Sebastien Loeb not making it into the final.