As reported by Autosport last week, former World Rally Championship driver PG Andersson was initially entered in Ekstrom's EKS Audi S1 when the Holjes entry list was published while Audi finalised its decision on which of the clashing series Ekstrom should race in.

EKS has now confirmed that Andersson, a double Junior WRC champion, will compete in Sweden.

Ekstrom is currently second in the World RX standings, eight points behind leader Johan Kristoffersson, and is the same margin behind DTM leader Rene Rast following fifth and second place finishes in his Audi RS5 at the Hungaroring last weekend. 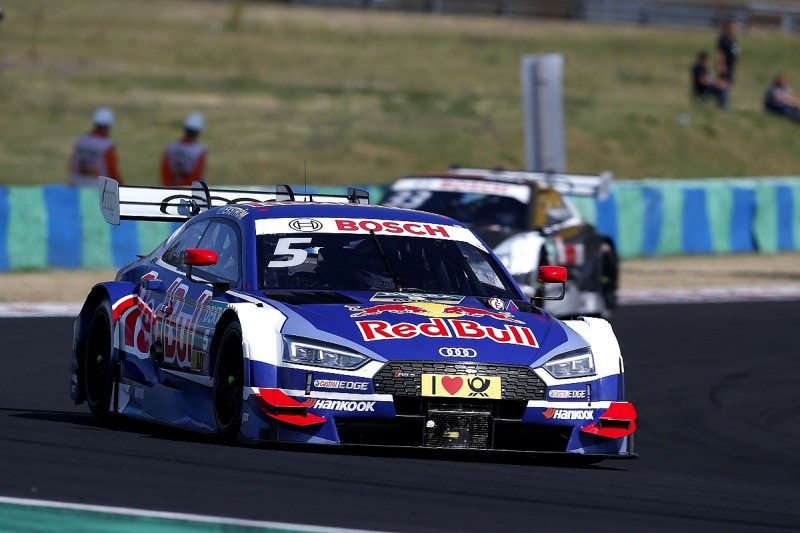 "It was a very difficult decision because we're still early in the season and Mattias has title chances in both championships," said head of Audi Motorsport Dieter Gass.

"But the factory commitment in the DTM has priority for us.

"Mattias can win his third DTM title this year and has always been very strong at the Norisring.

"In addition, this is our home round and we need Mattias there."

Ekstrom says the decision over where he will race on the first weekend in July was out of his hands.

"I'm happy that my boss [Gass] has made this decision for me," he said.

"That of all events there's a clash between my home race in Holjes and one of my favourite races in the DTM is a real shame.

"I'd have loved racing at both events but, unfortunately, that's not possible logistically."

Though Andersson will drive Ekstrom's Audi S1, it is yet to be announced which of EKS's drivers will be nominated to score points for the team.

Toomas Heikkinen is Ekstrom's regular team-mate, while Reinis Nitiss races a third car for the squad as an individual entry in World RX and could be drafted in to score points for the teams' championship instead of Andersson.