The 21-year-old Chinese driver has been named as a Porsche Motorsport Asia Pacific selected driver after a year in which he won the both the Asian and European Le Mans Series and narrowly missed out on a Le Mans class victory.

The deal means Ye will receive funding towards his 2022 racing programme, which Porsche Motorsport Asia Pacific boss Alex Gibot explained would be tailored to preparing him for a potential drive in the forthcoming Porsche LMDh programme straddling the World Endurance Championship and the IMSA SportsCar Championship in North America.

"When we see the potential of Yifei, the target for us at Porsche Motorsport Asia Pacific has to be to get him into LMDh in 2023," Gibot told Autosport.

"We will reveal the programme for Yifei at a later stage, but we are working to give him the best environment to convince the people at the Porsche factory who need to be convinced to have him in the LMDh from 2023.

"Having Yifei as our selected driver is super-exciting from the sporting point of view, but also on the promotional side: to have the possibility to leverage the brand in China, Porsche's biggest market since 2015, with such a local talent is amazing."

Gibot suggested that Ye's programme is likely to be in Europe because of the uncertainties over international travel in Asia as a result of the COVID pandemic.

But he wouldn't be drawn on "which championship or which category" it will be in.

Ye won the ELMS with the Belgian WRT team, sharing an ORECA-Gibson 07 with Robert Kubica and Louis Deletraz. 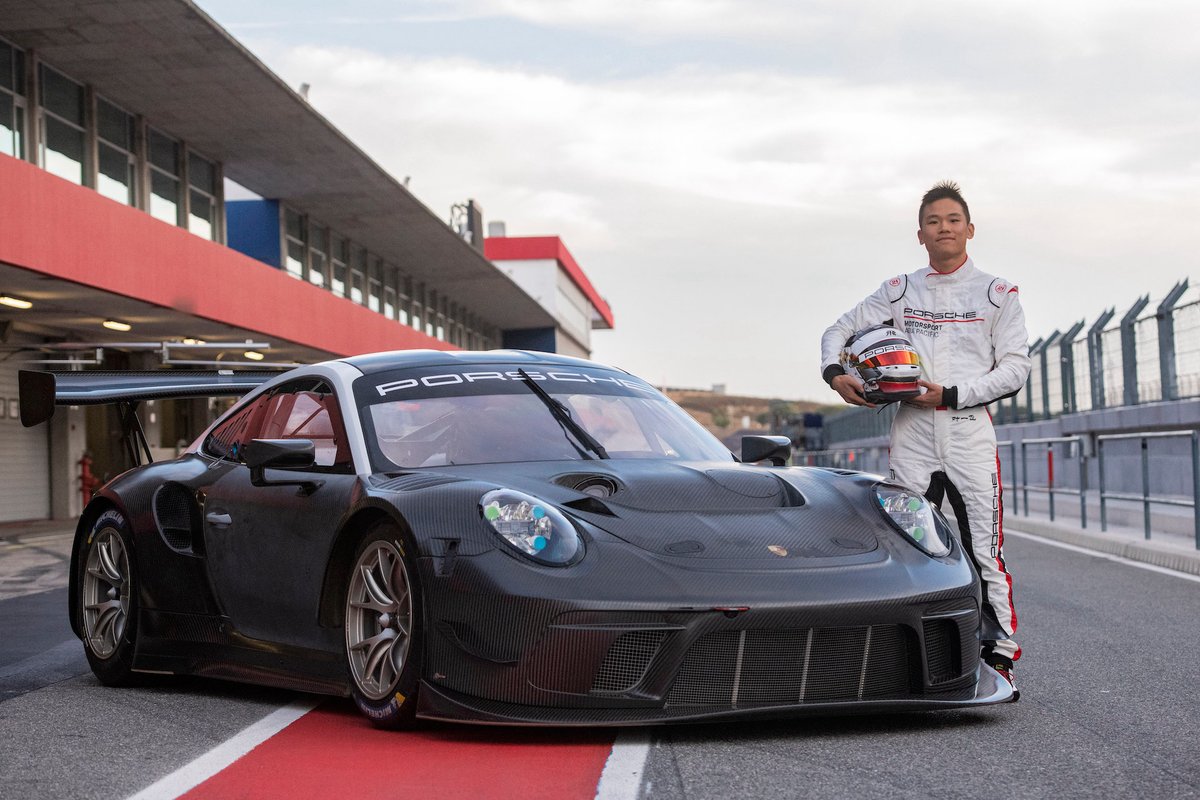 They were on course for victory in P2 at Le Mans until the final lap when the engine cut out on Ye as he passed under the Dunlop Bridge.

Ye said on the announcement from Porsche on Sunday: "It’s a huge milestone in my career to be teaming up with a manufacturer and sportscar brand such as Porsche.

"Motorsport is in Porsche’s DNA and it’s incredibly well known for driver development, which I plan to utilise to get myself in the best shape possible.

"I started endurance racing this year, and after winning Asian and European Le Mans Series, my clear goal is to enter LMDh with Porsche in 2023 and to be the first Chinese driver to win an FIA world championship and Le Mans.”

Porsche Motorsport Asia Pacific named its first selected driver in Alessio Picariello ahead of the 2020 season.

The initial plan was for the Belgian to race in the GT World Challenge Asia last year, but the cancellation of the series forced a rethink.

He was subsequently placed with the Dempsey-Proton team in the ELMS, winning the GTE title with team boss Christian Ried and Michele Beretta.

This year 28-year-old Picariello made his debuts in the 24-hour enduros at Le Mans and Nurburgring with the Chinese entrant Absolute Racing and Falken Motorsport squads respectively, and has also contested two WEC rounds with Dempsey-Proton.

"We like to cultivate young talent and five years ago set up the Porsche China Junior programme and we now have the Porsche Carrera Cup Asia talent pool, so the next step was to support a driver internationally," he said.