The WRT drivers have hailed the team’s impressive turnaround in performance following their victory in the first Bahrain FIA World Endurance Championship race, having had "shocking" pace in practice.

The Belgian squad endured a difficult start to the penultimate round of the 2021 season as it finished a distant sixth among the 11 LMP2 entrants in opening practice on Thursday, more than a second off the pace of the chart-setting #38 JOTA crew.

Improvements were hard to come by on Friday and Milesi could only set the seventh-quickest time in the #31 Oreca, as the #28 JOTA machine took over from the sister car as the new benchmark in LMP2.

However, WRT’s fortunes were transformed during the race, with Habsburg moving up to fourth in the first stint before Frijns took advantage of a full-course yellow period to grab the lead - a position Milesi held on to in the final stint.

This was WRT’s second victory in the WEC after Frijns narrowly held off Tom Blomqvist’s JOTA car in the final moments of the Le Mans 24 Hours, albeit only after the second WRT entry driven by Yifei Ye crawled to a halt with mechanical issues on the final lap.

Speaking after the race, Frijns credited the team for the progress it made over the course of the weekend to turn the #31 Oreca into a winning car.

“FP1 was shocking really, we had a feeling we were off the pace,” said the Dutchman. “The JOTA looked very strong and [our] car balance was not as it is supposed to be.

“We worked hard and during the sessions step-by-step the car was improving. In the race the car felt really good and it was a joy to drive today.” 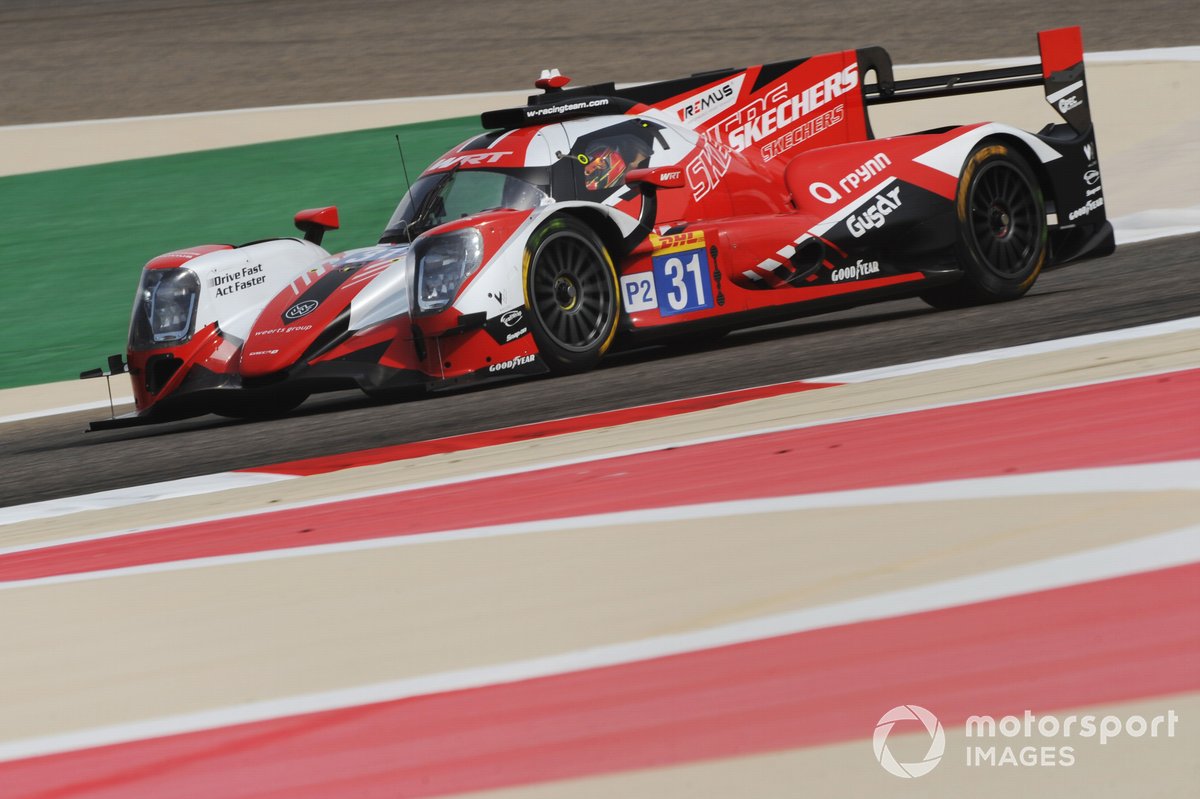 Habsburg added: “It was a mega race for us. I just had a great time and we improved so much through the practice sessions that we didn’t even expect the pace we had today.

“We had to start further back in seventh. I had the start for the first time this year and I didn’t know what to expect.

“I was able to overtake car by car and bring us up into the top three and just enjoy it so much and hand it over to these guys who finished the job perfectly. It looked like they also had fun there. And it was awesome to relieve the fun feeling we had at Le Mans.”

The Bahrain result has handed the WRT trio a small but significant five-point lead over the #28 JOTA Oreca of Blomqvist, Sean Gelael and Stoffel Vandoorne, with the other #38 JOTA car of Anthony Davidson, Antonio Felix da Costa and Roberto Gonzalez and United Autosports’ Phil Hanson also in contention for the title.

But with 38 points on offer in the season-concluding Bahrain 8 Hours this week, Milesi says the team must ‘not stress’ itself as it chases the LMP2 title in its maiden season of prototype competition.

“Next week everything will be possible, only five points in front of the #28 car,” he said. “Eight hour race next week, there's quite a lot of points to deliver.

“But I think we need to not stress ourselves. If we did the same job as the last two races, it will work out for us. But if we get a consistent job [done], I think it will be okay for next week.”