Series promoter the Automobile Club de l'Ouest has revealed that it is examining the system known in the WEC as the full-course yellow together with the FIA.

The investigation follows a run of races in which the yellow periods, during which the cars must slow to 80km/h, effectively decided the outcome of the LMP1 battle.

ACO sporting director Vincent Beaumesnil told Autosport: "There are things we believe we can do, and we are looking at it.

"There could be an alternative way of doing things, and if you look at the safety car rules you might find one there."

Beaumesnil would not confirm that he was hinting that the pits could be closed during the FCY, as would happen when the safety car is deployed.

"Whatever we do, we have to think it through and do it properly," he said.

Beaumesnil explained that there was an intention to provide a solution as soon as possible, but added that it "would be difficult to introduce it during the season".

A change in the sporting rules mid-season would require the unanimous agreement of all the competing teams.

Audi driver Andre Lotterer hit out at the full-course yellows after last month's Austin WEC round when the procedure handed the advantage to Porsche as it was able to pit during a full course yellow whereas Audi lost more time stopping under green.

"This is the third race in a row we have lost a ridiculous amount of time with the FCY," Lotterer said.

"You do nothing wrong and pay a 50s penalty, so something has to be done." 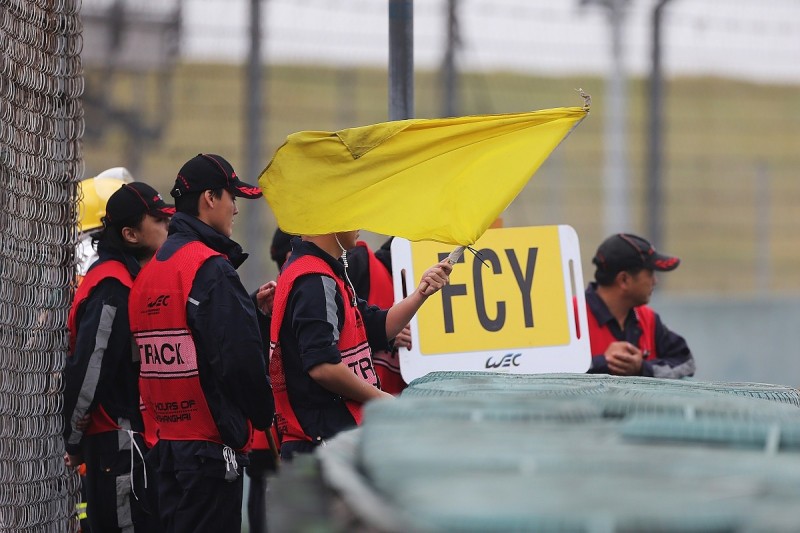 The idea behind the full-course yellow was to be less invasive than the deployment of the safety car, but it hasn't quite worked out as intended since its introduction for 2014.

A safety car might rob the leader of their advantage, but it most likely isn't going to relieve them of the lead.

The FCY, on the other hand, can result in a massive swing between two cars based on nothing more than fortune.

The #7 Audi, shared by Lotterer, Marcel Fassler and Benoit Treluyer, had been more than half a minute ahead of the closest Porsche before pitting under green-flag conditions during the third hour at Austin.

The winning Porsche of Mark Webber, Timo Bernhard and Brendon Hartley made its corresponding pitstop six laps later during a FCY and emerged with a lead of nearly 20s.

Closing the pits during the FCY would be a simple and sensible tweak that would allow the races to flow without resort to the safety car.

Mark Webber to retire from racing at the end of 2016