Kubica's first run in one of the Manor Ginetta-Mecachrome G60-LT-P1s at Aragon late last month was cut short after two laps by engine issues, but Autosport sources have revealed that he is returning to the same venue this week for another run.

Manor, which is competing under the CEFC TRSM Racing banner in the 2018/19 WEC superseason, was unable to confirm who would be driving its solo car during a three-day test at Aragon that started on Tuesday.

Team boss Graeme Lowdon said Manor was hoping to finalise the remaining drivers in its line-up alongside Oliver Rowland and Charlie Robertson in the next few weeks.

"The ideal scenario is that we will have everything wrapped up before the prologue [the official WEC pre-season test at Paul Ricard] in early April," he told Autosport.

Kubica has made clear he is open to racing for Manor alongside his Williams commitments.

"This year will be a busy year for me. From one side for sure I would like to be involved in a good project in LMP1, which would give me a chance to do a lot of kilometres," he said.

When asked by Autosport what he needs to make his mind up, Kubica replied: "I just have to drive, and let's see.

"Until I spend a few laps behind the wheel, I cannot make my mind up.

"But it's not only a question about making my mind up, it's a question of if it fits into a busy calendar I have.

"There are a few factors, which have to fit together. It's not as simple as yes or not, it's just a bit more complicated, as always." 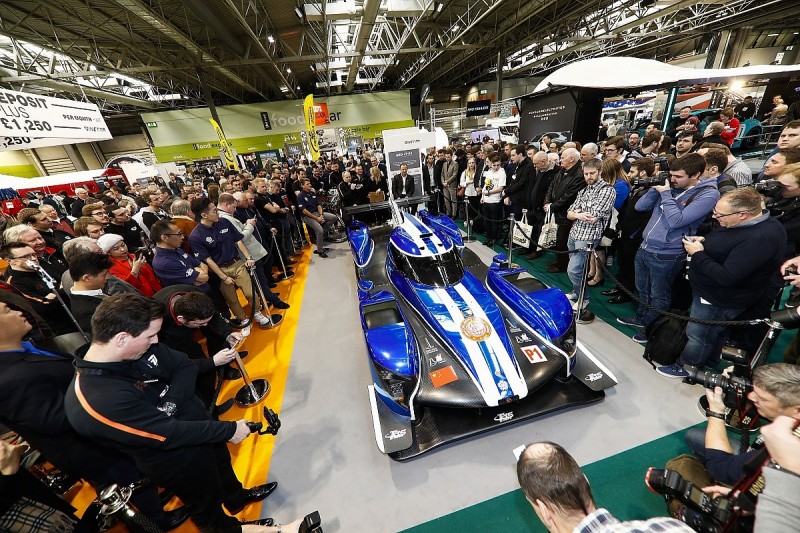 Lowdon felt the team's first test with the new Ginetta at Aragon had been productive, despite the engine problems.

"We still got plenty of stuff done, despite having to cut the test short," he said.

He revealed that the problems were related to the fact that the single Mecachrome V6 turbo available was "a pre-production engine that wasn't the full spec".

"We are in brand-new car territory and none of these tests could remotely be considered endurance runs," he said.

"It's all about shakedowns and systems; there's a hell of lot to go through on a complicated car like this."

The second Manor G60-LT-P1 is expected to come on stream at the Ricard test on April 6/7.

Lowdon would not comment on the implications of the financial problems encountered by CEFC China Energy on its race programme.

It has been reported that the conglomerate, one of the 10 largest companies in China, has been taken over by an arm of the Shanghai government but continues to trade.