The Mexican had been on the verge of signing a deal to race the DragonSpeed ORECA-Gibson 07 in the 2018/19 WEC superseason.

The team, the winner of last year's European Le Mans Series under the G-Drive Racing banner, entered Gutierrez for the official WEC pre-season test at Paul Ricard in April, only for the deal to fall through last week.

DragonSpeed boss Elton Julian told Autosport: "We thought it was done and were having driving suits made and planning a seat fitting.

"Unfortunately it's not going to happen, which is a shame because it would have been exciting news."

Julian explained that Gutierrez had decided against taking up the drive because he has lined up a simulator role with an F1 team.

He still expects to sign "another ex-grand prix driver" for one of the vacant seats alongside sometime Champ Car racer Roberto Gonzalez.

"I'm confident that we are going to have a quality line-up, because our ambition is to win back-to-back titles in the ELMS and the WEC," Julian said. 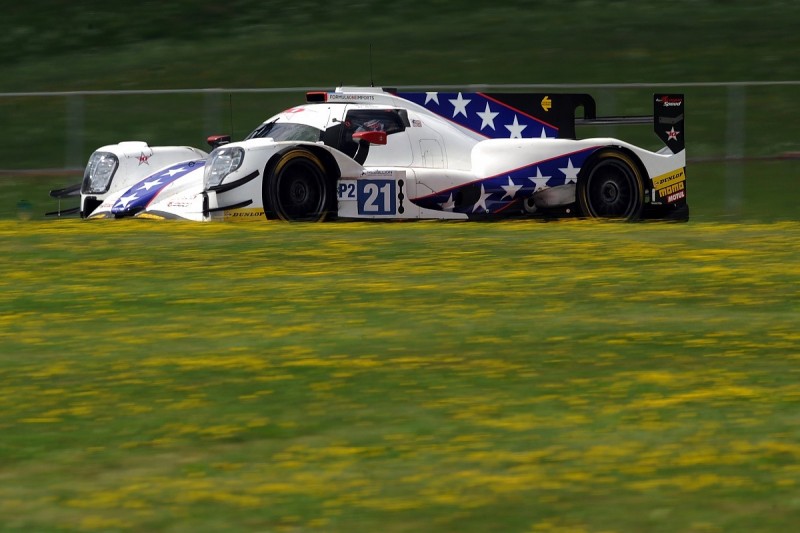 The Frenchman raced for the team in LMP3 in last winter's Asian Le Mans Series and will drive in GP3 this season for Arden, which has close links with Jota.

Weiron Tan, a race winner with the Chan/DC team in the 2017-18 ALMS, is also listed to test one of the squad's pair of ORECA-Gibson 07s

Ex-Formula 2 driver Nabil Jeffri, who made a one-off in the ALMS with the Eurasia LMP2 team last winter, will also drive one of the Chan/DC ORECAs at Ricard.

Chan/DC has yet to confirm that Aubry, Tan and Jeffri will race for the team in the WEC superseason alongside Ho-pin Tung and Jazeman Jaafar.

Rebellion Racing has entered just one of its new Gibson-powered R-13s privateer LMP1s for the test.

The first of the ORECA-developed cars is scheduled to be completed in the run-up.

DragonSpeed's BR Engineering BR1, also powered by the Gibson V8, is also due to be ready to run during the test week.

Tom Blomqvist has been entered in one of the factory BMW M8 GTEs alongside the MTEK team's six race drivers.

Ex-F1 driver Alex Wurz will return to the cockpit of one of Toyota's TS050 HYBRIDS.

The Toyota advisor and ambassador has been drafted in because three of its race squad, Fernando Alonso, Kazuki Nakajima and Kamui Kobayashi, all have clashing events.

Thirteen cars have taken up the offer of doing a full 30-hour test, including overnight running, at Ricard.