The Japanese driver's 3m14.791s flyer came on his first lap out of the pits after a red flag period, helped by the ex-Formula 1 driver encountering a traffic-free run.

It puts the #7 TS050 HYBRID he shares with Mike Conway and Stephane Sarrazin on provisional pole by a full 2.468 seconds from the #1 Porsche, and 2.096s up on Neel Jani's previous lap record on the current configuration of the Circuit de la Sarthe set in 2015.

Conway had already beaten Kobayashi's Wednesday benchmark on his first run, producing a 3m18.651s - which stood as the fastest time when the session was stopped after 17 minutes due to a crash for Erik Maris's #33 Ligier at the first Mulsanne chicane.

It took around 50 minutes for the session to resume after lengthy barrier repairs, shortly after which Kobayashi posted his 3m14s lap at an average speed of 251.9 km/h.

The #8 Toyota failed to turn a timed lap in second qualifying, Sebastien Buemi forced to crawl back to the pits after stopping early in the session with an oil supply issue.

Toyota changed the car's engine as a precaution, and Buemi was able to return to the track just before the session was red-flagged for a second time with 10 minutes to go after a crash for Timothe Buret in the #23 Ligier at the Porsche Curves.

The #8 crew remains fourth in the provisional classification on the strength of its Wednesday time.

Fifth was the #9 Toyota thanks to a 3m19.889s lap from Le Mans rookie Yuji Kunimoto, which put the Japanese driver five seconds behind compatriot Kobayashi.

ByKolles was seventh overall behind the best of the LMP2 cars, with Dominik Kraihamer setting the #4 CLM's best time, a 3m26.026s. 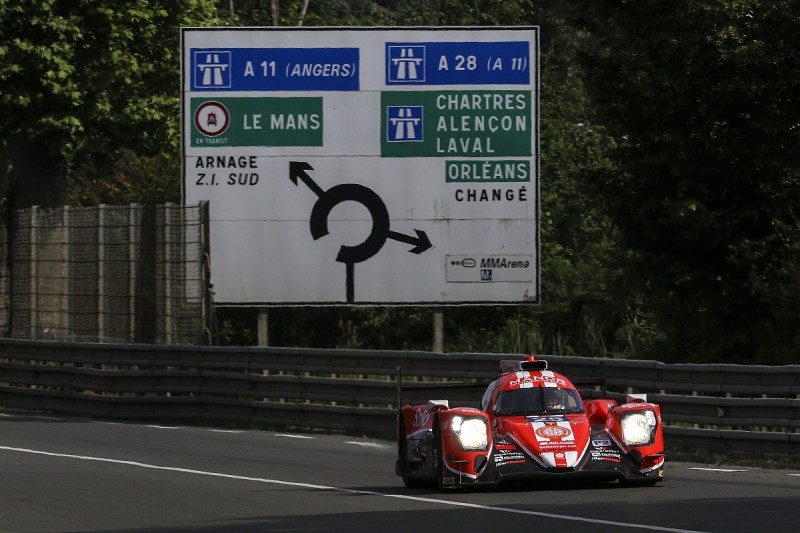 The #28 TDS ORECA of Matthieu Vaxiviere started the session on top in the LMP2 ranks having set the pace on Wednesday night, but early in the session Thomas Laurent put the #38 Jackie Chan DC Racing ORECA fastest with a lap of 3m26.776s.

That was during the brief blast of running before the first red flag, but soon after the track re-opened Manor's Vitaly Petrov put in his time to secure top spot - outpacing the LMP1 ByKolles CLM in the process with the fastest-ever LMP2 lap at Le Mans.

The #38 ORECA held onto second place, while the sister #24 Manor ORECA of Jean-Eric Vergne also improved on it's Wednesday time to take third shortly after the restart.

The #13 Rebellion ORECA was eighth overnight, but Mathias Beche jumped up to fourth to end up ahead of the sister #31 car that Bruno Senna improved in shortly before the session was brought to a premature close.

The #37 Jackie Chan DC Racing ORECA ended up sixth thanks to Alex Brundle following an overnight engine change. This was a result of the oil pressure problem that curtailed its running on Wednesday night.

The #36 Signatech Alpine of Gustavo Menezes was eighth, ahead of the #22 G-Drive ORECA that Jose Gutierrez pushed up the leaderboard late in the running.

Vaxiviere was at the wheel of the #28 TDS ORECA when the session was stopped for the final time, but did not have the chance to improve and ended up shuffled down to 11th.

The best non-ORECA was the #48 Villorba Corse Dallara in which Andrea Belicchi set the time in 13th. It was one place ahead of the best-placed Ligier, the #45 Algarve entry in which Matt McMurry set the time. 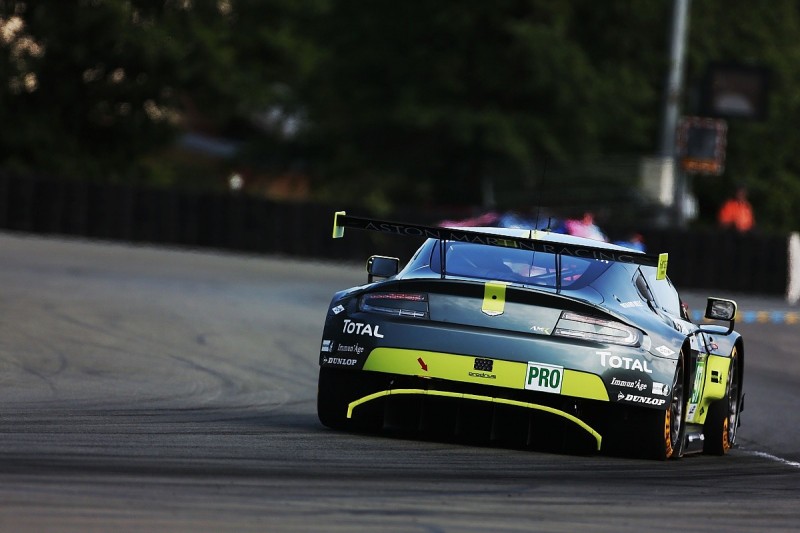 Only two cars beat Marco Sorensen's fastest lap in the #95 AMR Aston Martin from Wednesday night, and the fastest of them was the sister #97 car shared by Darren Turner, Jonny Adam and Daniel Serra.

Adam set that car's flying lap of 3m51.860s shortly after the green flag, while James Calado slotted the #51 AF Corse Ferrari into second with a 3m52.087s just before the second red flag.

None of the #95 car's drivers improved on its fastest time of 3m52.117s from the first qualifying session, so it remained third.

The #82 Risi Competizione that had its times struck off for a parc ferme infraction last night ended the session fourth thanks to a 3m52.138s by Giancarlo Fisichella.

Just one second separates the top 12 GTE Pro entries after this curtailed session.

Will Stevens took provisional pole in the GTE Am class with a late 3m53.981s in the #84 JMW Motorsport Ferrari, overturning the previous best of 3m54.456s set by Mathias Lauda in the #98 Aston.

Euan Hankey also demoted the works Vantage, slotting into second place in the TF Sport-run Vantage with a 3m54.319s.