Kamui Kobayashi's record-breaking 3m14.791s lap from second qualifying was never threatened in the final two hours of running, meaning he and his team-mates in the #7 TS050 HYBRID, Mike Conway and Stephane Sarrazin, will begin Saturday's race from pole.

They will be joined on the front row by the sister #8 machine thanks to a lap of 3m17.128s from Kazuki Nakajima shortly after the start of the third session, which was enough to beat the #1 Porsche by just over a tenth.

Neither of the two Porsches could improve on their earlier times in the final qualifying session, and will therefore start from the second row of the grid in third and fourth.

Neel Jani ended up best of the Porsches after recording a 3m17.159s in the #1 car - 2.468 seconds down on Kobayashi's sensational pole time and eight tenths up on Timo Bernhard's best effort in the #2 919 Hybrid.

The #2 car sat out much of the session when Brendon Hartley slowed and eventually ground to a halt at Indianapolis, a precaution taken due to rising oil temperatures.

Nicolas Lapierre logged an improvement early on in the session in the #9 Toyota but couldn't improve on fifth with his time of 3m18.625s.

Having lagged behind the best of the LMP2s after second qualifying, Oliver Webb hauled the #4 ByKolles CLM up to sixth overall with a best time of 3m24.170s, nine seconds off the pace. 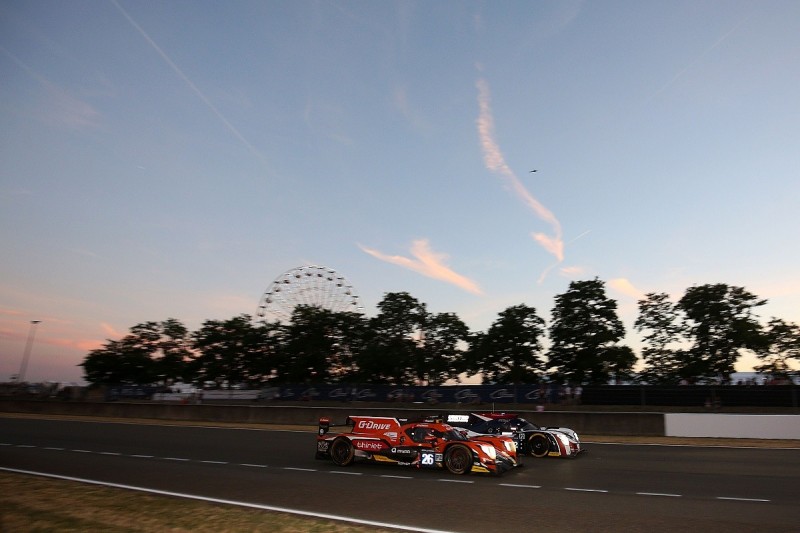 Alex Lynn sealed LMP2 pole position for the #26 G-Drive ORECA, banging in a lap of 3m25.352s early in the final session to elevate the car he shares with Roman Rusinov and Pierre Thiriet from seventh place.

That was two-tenths faster than the time Vitaly Petrov set in the #25 Manor ORECA at the end of Thursday's earlier qualifying session.

The battle for third went down to the closing minutes, with first Bruno Senna putting the #31 Rebellion ORECA into the position before Ho-Pin Tung reclaimed it for the #38 Jackie Chan DC Racing ORECA.

Manor's #24 ORECA will start sixth after Jean-Eric Vergne was unable to improve on the time he set early in Thursday's first session.

Overnight class polesitter Matthieu Vaxiviere's #28 TDS ORECA had been shuffled down to 12th by the time he got the chance to do a serious lap.

His pace was good enough for seventh place ahead of the #35 Signatech ORECA that Nelson Panciatici set the time in late on.

Alex Brundle was another to improve in the final 15 minutes, securing the #37 Jackie Chan DC Racing ORECA ninth.

The #27 SMP Dallara was the best non-ORECA after breaking into the top 10 with just eight minutes remaining - 2.430s off the pace - while the best of the Ligiers was the #32 United Autosports Ligier in 15th place, Filipe Albuquerque posting two improvements in the final 30 minutes to take the position.

Rubens Barrichello qualified 17th for his first Le Mans in the #29 RTN Dallara, also improving his time early in this session.

The sole Riley ended up 24th in the hands of Ricky Taylor, who improved on Jeroen Bleekemolen's time, ahead only of the #33 Eurasia Ligier that Erik Maris crashed in the preceding session. 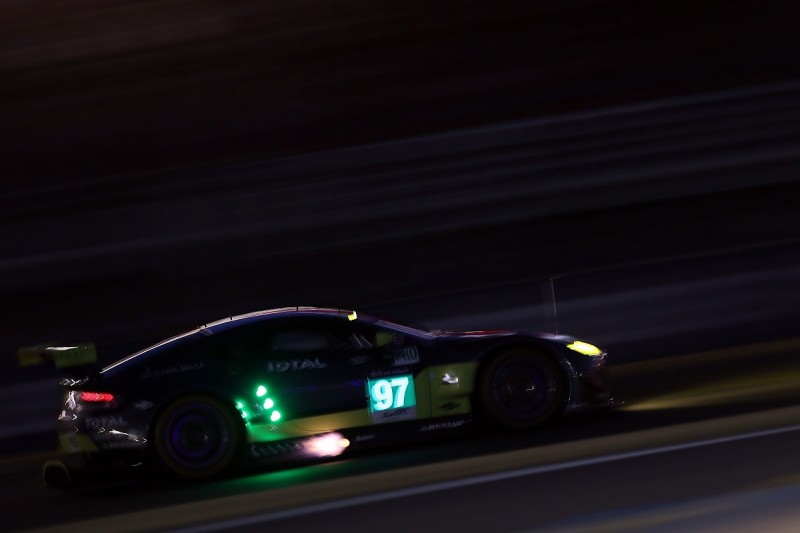 Last year's GTE Pro class pole position time of 3m51.185s only fell in the final half hour of the session as Richie Stanaway took the #95 Aston Martin round in 3m51.038s, only to be supplanted by Darren Turner in the sister car with a 3m50.837s.

James Calado managed to split the Astons with a 3m51.028s in the #51 AF Corse Ferrari during the final minutes, and might have improved again but for yellow flags as the chequered flag flew.

Ryan Briscoe was the fastest of the Ford GTs in the #69 Ganassi car with a 3m51.232s he set mid-way through the session, and which topped the timesheets until the Astons and Ferraris demoted him to fifth.

The #63 Corvette was sixth, courtesy of a 3m51.484s lap set by Antonio Garcia in the first half of the session.

Porsche did have a car in the top three during the session, but the #92 car slid down the order to seventh after Michael Christensen posted its fastest lap of 3m51.847s, and Frederic Makowiecki had two spins as he tried to bring the sister car on to equal terms - he lines up 13th and last in class, but less than two seconds off Turner's benchmark.

Fernando Rees will start from GTE Am pole in the otherwise unfancied Larbre Competition Corvette after rivals failed to match the 3m52.843s lap he set in the first half of the session before handing over to his Am team-mates.

Pedro Lamy was the quickest of the chasing pack in the #98 Aston, and only Rees and Lamy managed to beat a 3m53.312s Townsend Bell set earlier in the session in the #62 Scuderia Corsa Ferrari.