Peugeot believes it has sorted the reliability issues that hit the new 9X8 on debut at Monza for its second outing in the World Endurance Championship at Fuji this weekend.

Olivier Jansonnie, technical director of Peugeot’s Le Mans Hypercar project, told Autosport that he is “pretty confident” the systems and cooling issues encountered by the two 9X8s at the Monza WEC round in July have been resolved over the course of a pair of tests in the eight weeks between the races.

“It is clear that we have made some big improvements on the car since Monza, but there are probably a lot more to be made for us to be on the level we want to be,” he explained ahead of the start of practice for this weekend's Fuji 6 Hours.

“We are expecting some new problems we have never seen before — we are on a steep learning curve.

“It is a new race, new conditions, and we have never run the car here, so we are expecting different things.

“But at least the issues we have seen in Monza, we are pretty confident we have found the solutions.

“We recognise that both the car and team have scope for significant improvement, but we have yet to come across any issues that we cannot resolve, so that’s very positive.”

Jansonnie wouldn’t elaborate on the problems that resulted in the #93 entry shared by Paul di Resta, Jean-Eric Vergne and Mikkel Jensen non-finishing at Monza and the #94 car of Loic Duval, Gustavo Menezes and James Rossiter being classified 25 laps behind the winning Alpine-Gibson A480.

The issues on the #93 Peugeot were described by Jansonnie after the race at Monza as “car system problems”.

The sister car was delayed by cooling issues, which Jansonnie explained also afflicted #93 prior to its retirement. 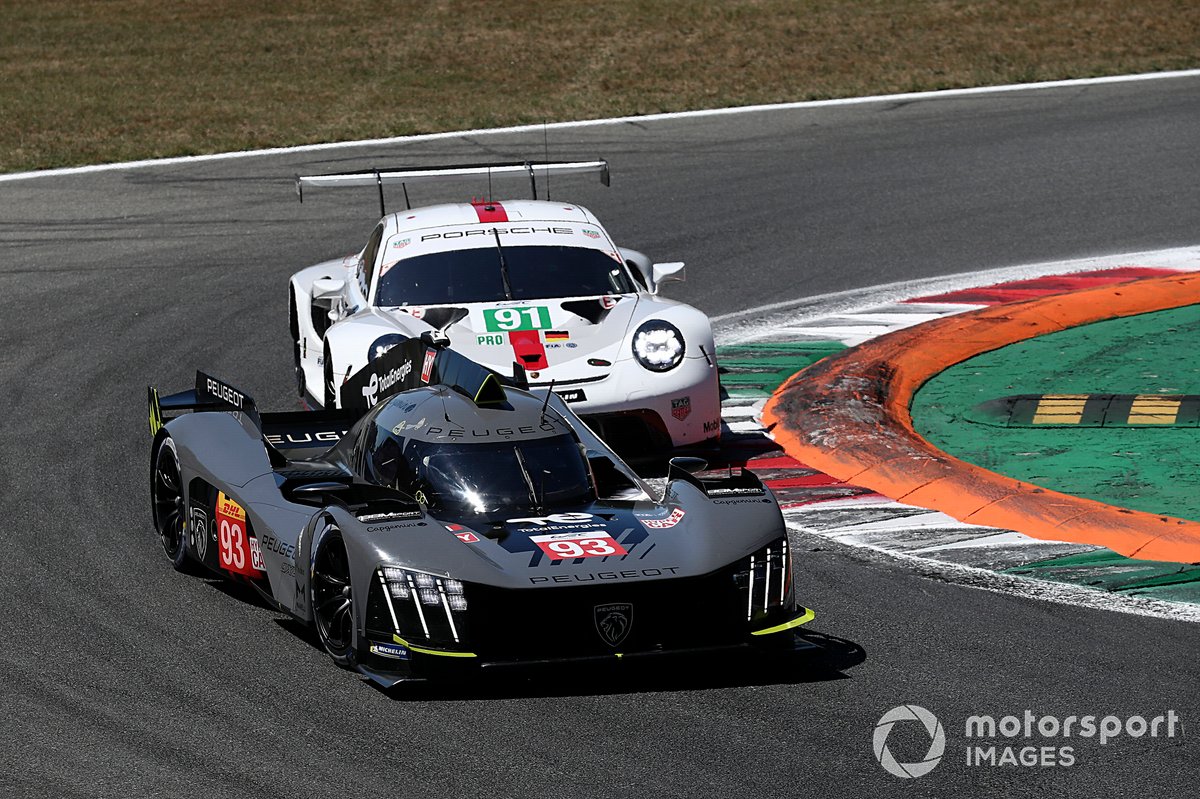 These were linked to rubber and debris pick-up on a design that was running together with multiple cars on track for the first time.

Jansonnie revealed that the 9X8 development chassis had completed between 3000 and 4000km over the two tests between Monza and Fuji.

He described the two runs as “performance and reliability tests”, but refused to disclose the locations.

He would only say that they were undertaken in Spain, which suggests the in-house Peugeot Sport team returned to the Barcelona and Aragon circuits it visited with the 9X8 over the first half of the year.

Jansonnie wouldn’t be drawn on whether Peugeot can mount a challenge to the Toyota GR010 HYBRIDs and the Alpine in the WEC’s Hypercar class over the course of this weekend’s six-hour race at Fuji.

“We don’t know yet; it will really depend on the track and most importantly the reliability,” he said.

“The race will tell us if we can compete with a free mind looking for performance or whether we are looking for reliability again - in that case the race will be very different.”

Practice for the Fuji 6 Hours, the penultimate round of the 2022 WEC, begins at 11:00 local time on Friday, with the race beginning at the same time on Sunday.