Toyota's new GR010 HYBRID has been slowed by a double performance hit for next weekend's Spa round of the World Endurance Championship.

The Japanese manufacturer's pair of Le Mans Hypercars will race in the Portimao 8 Hours on 13 June at a minimum weight increased by 26kg from the 1040kg at which it won the 2021 WEC season opener at Spa last month.

It will have to run with approximately 7bhp less at peak power than at the Belgian event, as well as reduced power across the rev range.

The GR010 will also be allowed two megajoules less energy per stint — 962 megajoules compared with 964 at Spa - under the Hypercar Balance of Performance released released for the Algarve race on Saturday.

The measures to slow the Toyota under the BoP coincide with the arrival of the Glickenhaus team in the series for round two in Portugal.

Its Le Mans Hypercar, the Pipo-engined 007LMH, will be able to run the full 520kW or 697bhp maximum power allowed to cars in the class.

Glickenhaus's solo entry will also run at the 1030kg minimum weight for two-wheel-drive LMH machinery laid down in the regulations.

It has been allowed slightly more energy per stint, 965MJ, per stint than the Toyota. 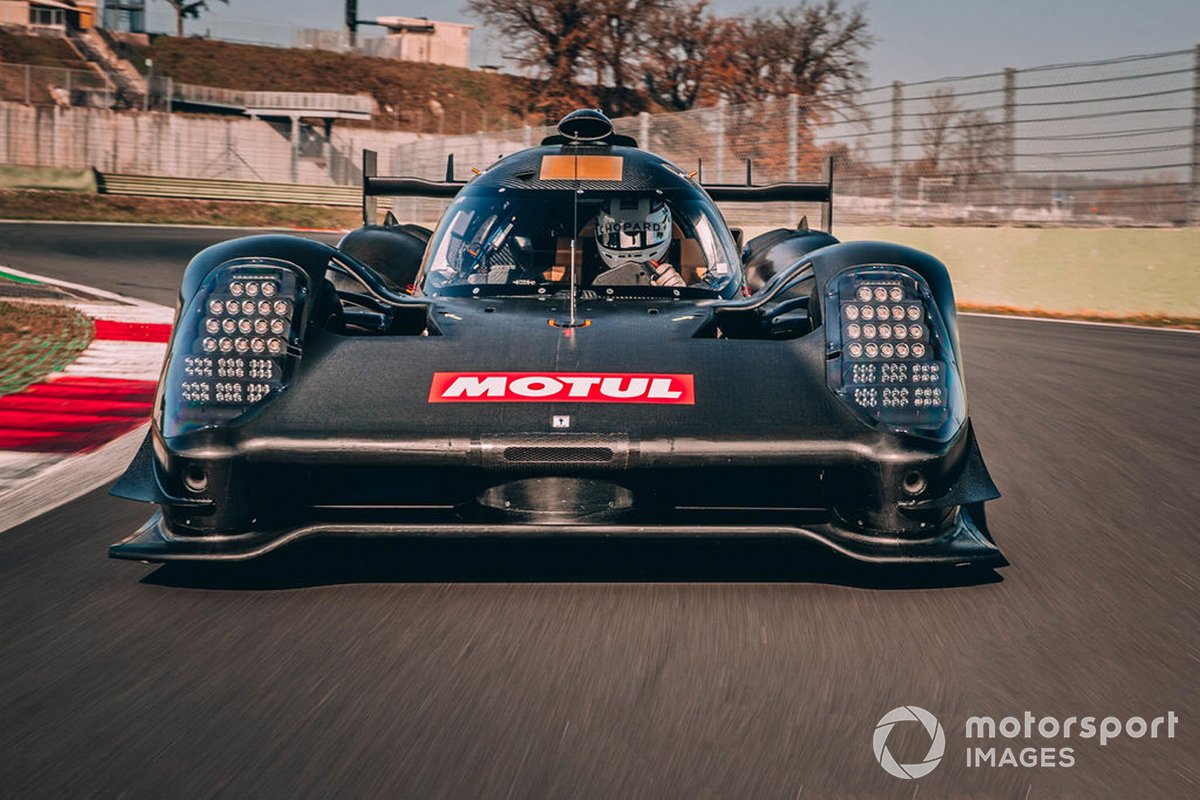 The Alpine-Gibson A480 grandfathered LMP1 car has also taken a performance hit for the Portimao WEC fixture.

The ORECA P1 design that formerly raced as the Rebellion R-13 will race at 952kg rather than 930kg at Spa.

Its Gibson engine has been reduced in power by approximately 5bhp on the levels at which it raced at Spa and has also been given 2MJ less energy over a stint.

The reduction in the performance of the Toyota and the Alpine for the Algarve fixture follows a public debate at Spa led by the Japanese manufacturer over the pace of the Hypercars in comparison with the LMP2 prototypes.

Toyota argued that moves to slow LMP2 machinery from last year had not been enough and that there was not an adequate separation between the two categories.

It was insisted by Toyota Gazoo Racing Europe technical director Pascal Vasselon that the two classes of prototypes needed to be in "different ballparks".

Vasselon stressed that the arrival of the Glickenhaus would compound the problem because of the need to balance cars in the Hypercar class and suggested that the proximity of the LMP2s to the new breed of prototype left little margin.

The ACO has stated that it has no intention to further slow the LMP2s after a series of measures, introduced in two stages, designed to reduce their performance.

Toyota and the ACO suggested at Spa that the demand for LMP2 teams to run in low-downforce configuration at all races this season could have a greater effect at somewhere like the Algarve circuit than at Spa.

The BoP for the GTE Pro class fought out by just Porsche and Ferrari in Portugal is unchanged.