Jose Maria Lopez says Toyota cannot afford to "relax" ahead of Peugeot's entry into the 2022 World Endurance Championship and is predicting a "strong challenge" from the French manufacturer.

Together with team-mates aboard the #7 Toyota GR010 HYBRID Kamui Kobayashi and Mike Conway, Lopez claimed a second straight WEC title in 2021 as the crew secured their long-awaited maiden Le Mans 24 Hours victory.

But with Peugeot set to join Toyota in the Le Mans Hypercar class this year and a renewed assault to come from Glickenhaus, plus the grandfathered Alpine LMP1 to pick up the scraps if the Hypercars are unreliable, Lopez insists Toyota can't afford to relinquish its efforts.

Asked by Autosport whether he would be driving more freely this year with the Le Mans jinx lifted, the Argentinian said: "When you win races and win championships, you build up confidence every time and that’s very important for sure.

"But at the same time, we have very strong team-mates, we’re going to have a strong competition and at this level of sport you can’t really relax. You always have to push yourself 150%.

"I feel like if you relax or if you just leave a little bit, you find yourself always in difficult situations. Especially in these races, you can’t really relax any second.

"Everything is changing constantly, it’s not a routine like sprint racing where you find your apex and your braking point and you repeat until the point that you nail it every lap.

"You pass cars, with different approach speeds in the corners every time, things changing, weather changing, you have to communicate with the team, the car has a lot of technology. That’s something you have to be 100%, you can’t really relax.

"Yes, we won Le Mans, but are we going to get there this year and it’s easy for us? No, I think it’s going to be always hard." 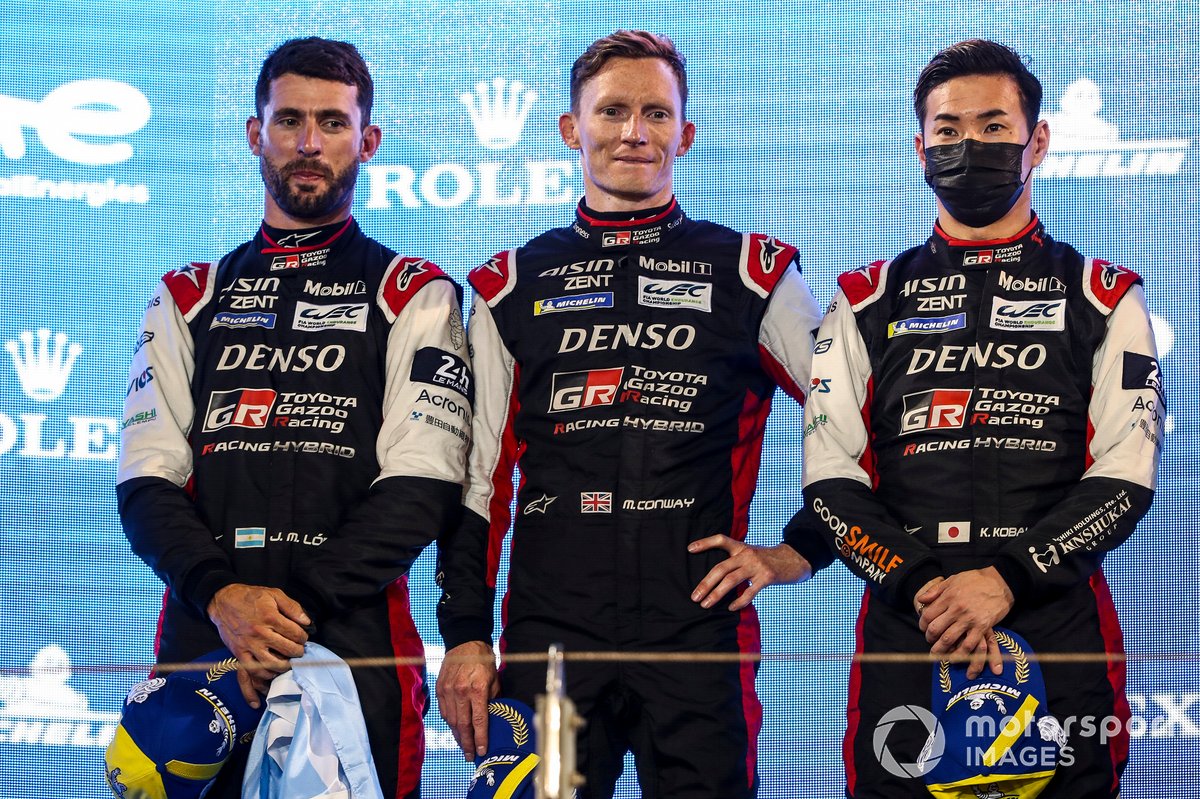 The team has undergone an organisational shakeup this year, with Kobayashi assuming the team principal role alongside his driving duties, while three-time Le Mans winning team-mate Kazuki Nakajima has stepped out of the cockpit of Toyota #8 and taken up a new role as vice chairman of Toyota Gazoo Racing Europe.

Lopez told Autosport that he didn't expect the changes would make any difference to the dynamic of the #7 team and that he has every confidence in his team-mate to be a success in the role.

But having won three World Touring Car Championship titles on the bounce with Citroen between 2014 and 2016, and raced for DS Virgin in Formula E, he is expecting that sister company Peugeot will be competitive from the off on its return to prototype racing for the first time since 2011.

"I worked with the group before in WTCC, I think many things have changed now, but still some people, even some friends are still there," said Lopez.

"I know they are very capable and I know they’re going to be a strong challenge for us as well.

"They are going to push us harder and I think it’s going to be very nice for us, for everyone, for the series.

"I’m looking forward to it, I really hope they can make it as soon as possible to have them on track as soon as they can."