The #7 Toyota GR010 HYBRID was already afflicted by locking brakes when Kobayashi lost a clear lead when he went off at the Bruxelles hairpin two thirds of the way through the six-hour race at Spa.

The car became beached in the gravel beyond the asphalt run-off, the resulting loss of time meaning it could finish no better than third behind the winning sister car and the Signatech Alpine-Gibson A480.

Toyota Gazoo Racing Europe technical director Pascal Vasselon described the problem as "a sensitivity on front wheel locking", but stressed that it was impossible to elaborate until there had been further analysis.

Kobayashi told Autosport: "We were struggling with the front end a little bit, but we still had good pace.

"Then the fronts locked up and I couldn't unlock them - I don't know why."

Conway, who started #7 Toyota, explained that all three drivers encountered the braking issue over the course of the race. 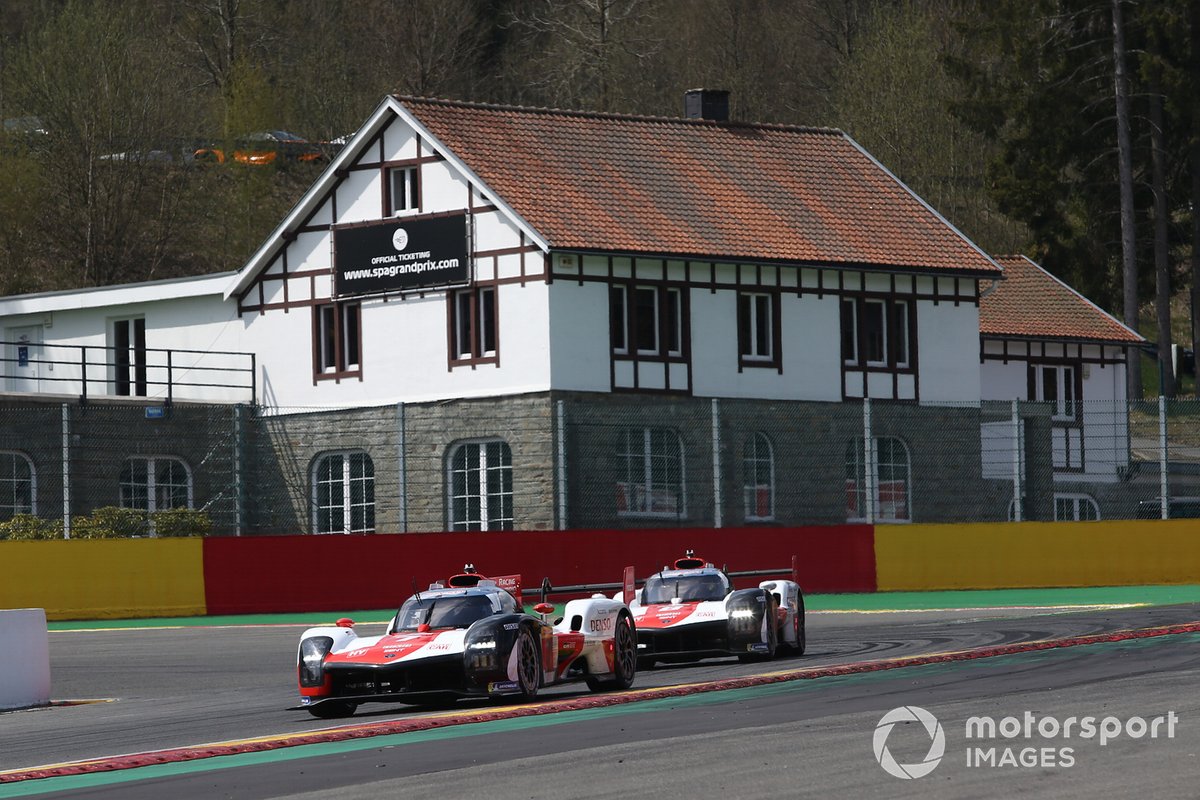 "I had a locking up at Turn 1 and then Jose Maria had his incident with the GT car, so the car was definitely difficult to drive today," he explained to Autosport.

"We had a few gremlins, but we've got to learn from this and come back stronger next time."

Lopez's clash with the #91 GTE Pro Porsche 911 RSR driven by Richard Lietz at the Bus Stop subsequently resulted in a drivethrough penalty, which Kobayashi took after his off.

Kobayashi was approximately 45s ahead of the sister car, with the Alpine driven by Nicolas Lapierre, Matthieu Vaxiviere and Andre Negrao half a minute back in second place, when he went off just after the four-hour mark.

The #8 GR010 shared by Sebastien Buemi, Kazuki Nakajima and Brendon Hartley overcame two penalties to take the chequered flag just over a minute clear of the grandfathered Alpine LMP1 car.

The winning Toyota had to take a 36s penalty at its second pitstop because the refuelling nozzle was removed before the 35s minimum time demanded by the Hypercar regulations at its first stop.

It also incurred a five-second penalty for an unsafe release.

"We really didn't think we could win in the middle of the race because of the penalties," said Buemi.

"We need to improve in that aspect, but we didn't make any mistakes as drivers today."

Vasselon described the debut event for the GR010 Le Mans Hypercar "as not a totally great race" for Toyota.

"What is positive for us is that we had two cars [running] at the end of the first race," he said.

"What is not so great is that we have had several mistakes, especially in the first pitstops.

"It is important for us to win the first Hypercar race, [but] it has been hard work."