Both of the Japanese marque's GR010 HYBRID contenders set their quickest times at the very start of the one-hour session, which were the fastest of the event so far, including the pre-event Prologue test.

Kamui Kobayashi put the #7 machine at the head of the order on a 2m02.518s, almost a second faster than either Toyota had managed in FP2, while Kazuki Nakajima was 0.35s adrift in the sister #8 car.

Kobayashi's time was more than a second up on the third-placed United Autosports ORECA, which led the LMP2 class courtesy of Filipe Albuquerque's lap of 2m03.761s.

G-Drive Racing's pair of Aurus-branded ORECAs completed the top three in class and the top five overall, with Roberto Merhi setting a best time of 2m03.931s, the Pro-Am #25 car a little over a tenth of a second ahead of the #26 machine of Nyck de Vries.

Alpine's solo grandfathered A480 LMP1 car was third and last in the top Hypercar category, albeit with a laptime around seven tenths off the French marque's FP2 chart-topping effort.

Fourth in the LMP2 class and seventh overall was the RealTeam ORECA of Norman Nato, ahead of the Racing Team Nederland car of Giedo van der Garde and the WRT machine of Robin Frijns. 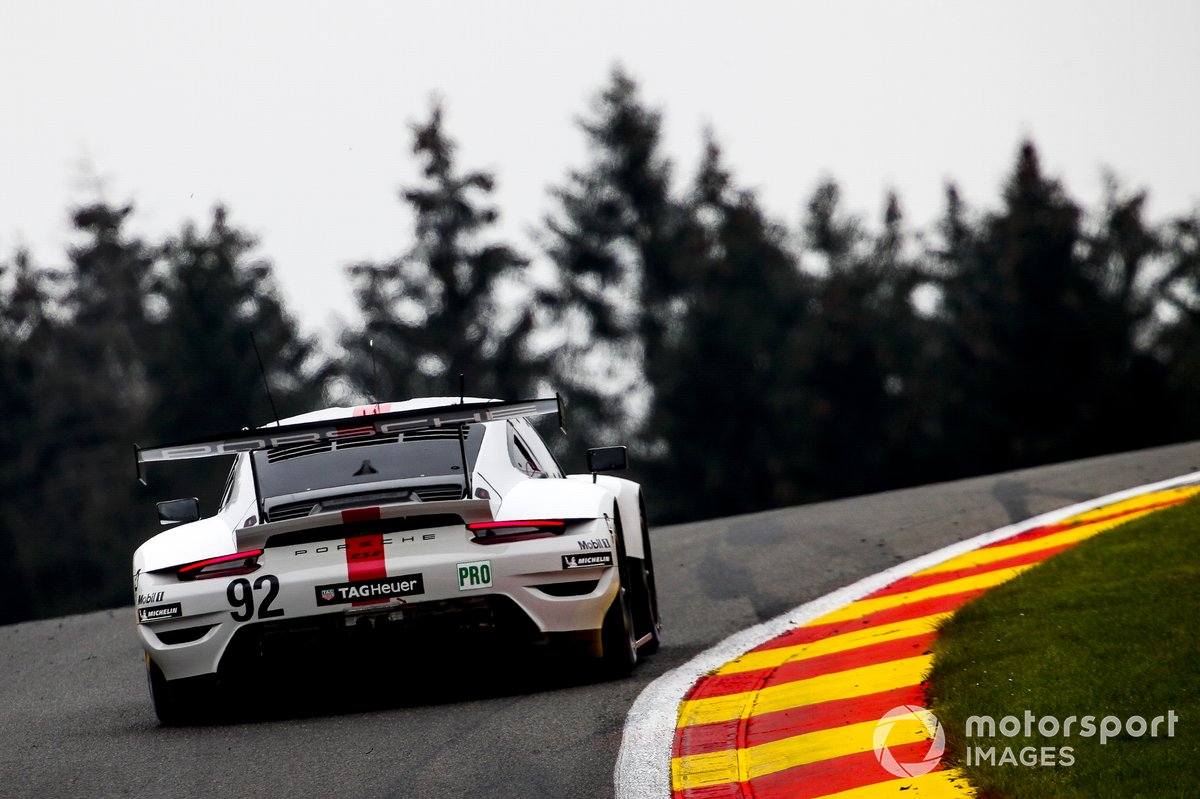 Porsche upped the ante in the GTE Pro class as Kevin Estre set the fastest time in class of the week so far, becoming the first driver to dip beneath the 2m12s mark.

Estre's best effort of 2m11.936s aboard the #92 911 RSR-19, also set towards the start of the session, put him some seven tenths up on the sister Porsche driven by Gianmaria Bruni.

Ferrari was third and fourth in class with its pair of works 488 GTE Evos, Miguel Molina setting the Italian marque's fastest time of 2m13.202s, while Corvette Racing again brought up the rear with Antonio Garcia setting a time around two seconds off the pace in his C8.R.

Porsche likewise led the way in GTE Am as Matteo Cairoli posted a 2m13.515s in the Project 1 car, beating the Dempsey-Proton machine of Matt Campbell by just over four tenths.

The WEC Spa 6 Hours starts on Saturday 1 May at 1.30pm CET, with practice and qualifying scheduled on Thursday and Friday. All sessions of the event will be streamed live on Motorsport.tv.