Rebellion Racing led the way in third practice for the World Endurance Championship season-opener at Spa, beating the best of the Toyotas by less than a second

Neel Jani was at the wheel of the #1 Rebellion R-13-Gibson when he set the best time of the session, a 1m57.120s - 1.7 seconds quicker than his team managed on Thursday.

Toyota's TS050 Hybrids were slower than they were in second practice, with Mike Conway's best of 1m57.939s in the #7 car 0.819s down on Jani and 1.8s slower than his own practice two benchmark.

Rebellion had held a one-two until Conway set the #7 car's best time after taking over from Kamui Kobayashi, but Thomas Laurent's 1m58.124s was only good enough for third in the end.

Kazuki Nakajima put the #8 Toyota fifth, 1.353s off the pace, with Thursday morning pacesetter Fernando Alonso only taking over the car for the final seven minutes of the hour-long session.

SMP Racing's second BR1, driven by Mikhail Aleshin, was sixth-fastest, ahead of Pietro Fittipaldi aboard the Gibson-powered DragonSpeed car and the ByKolles CLM P1/01-Nissan of Oliver Webb.

For the third session in succession, the two Manor Ginetta G60-LT-P1s completed just a single installation lap each, prompting uncertainty about the squad's participation in the event. 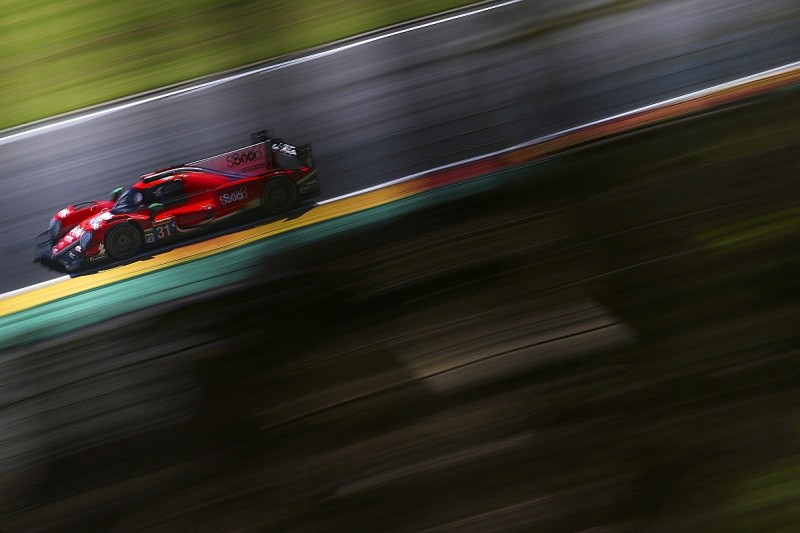 LMP2 was once again led by the DragonSpeed ORECA team, courtesy of a 2m02.281s best from ex-Formula 1 driver Pastor Maldonado.

Ford led the way in GTE Pro once again, with Andy Priaulx setting the pace with a 2m13.693s in the #67 Ganassi-run GT.

That was enough to beat the lead BMW M8 GTE of Tom Blomqvist by six tenths of a second. Olivier Pla in the #66 Ford was a further 0.024s back in third.

Porsche's pair of mid-engined 911 RSRs were fourth and fifth in class, ahead of the best of the Ferrari 488 GTEs, while the quicker of Aston Martin's pair of new Vantage GTEs was seventh.

Matt Campbell set the pace in GTE Am in the #77 Proton Competition car, less than two tenths clear of fellow Porsche junior driver Matteo Cairoli in the sister #88 entry.

WEC Spa: Toyota increases its advantage over privateers in FP2