The team, which has entered a pair of Ginetta-Mecachrome G60-LT-P1s under the CEFC TRSM Racing banner, has so far only completed in-out laps with both cars in each of the three sessions ahead of Friday afternoon's qualifying session.

Manor sporting director Graeme Lowdon told Autosport that he was unable to comment on what he described as a "complicated" situation, which appears to be unrelated to technical issues.

The failure of the Manor Ginettas to run in anger comes against a backdrop of uncertainty over the future of the team's title sponsor, the CEFC China Energy conglomerate.

Its staff have gone unpaid for two months and an investigation has been launched into the financial activities of its chairman, Ye Jianming.

Manor expanded its LMP1 entry from one to two cars when Ginetta increased its involvement in the team after the plans for another undisclosed squad to run a pair of G60s in the WEC failed to come to fruition. 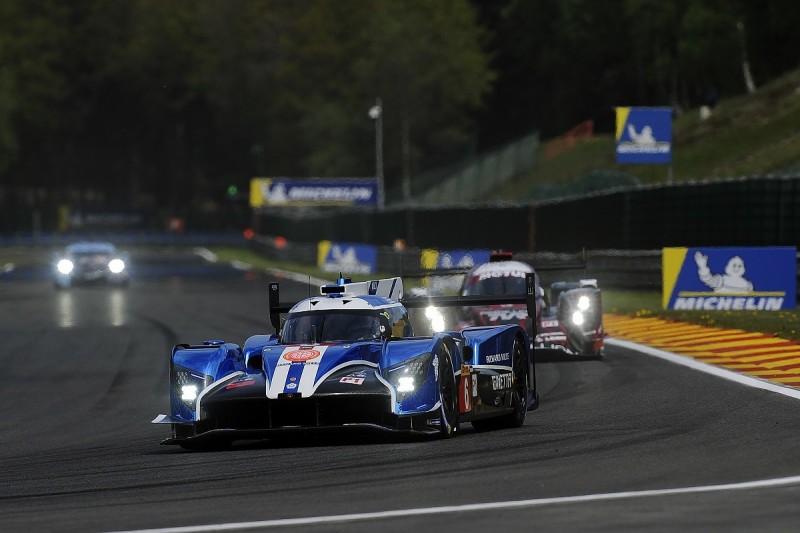 If CEFC's problems are the reason for Manor's failure to run in anger so far at Spa, it is unclear how it will affect the entry for the #5 car due to be driven by Ginetta test driver Charlie Robertson and Dean Stoneman moving forward.

Leo Roussel, who was originally slated to drive the car, has disappeared from the entry list.

Reports suggest that the KCMG team, which is first on the reserve list for next month's Le Mans 24 Hours, has been told by race organiser the Automobile Club de l'Ouest to be on standby to move up to a full entry.

The winner of the LMP2 class at Le Mans in 2015 has entered an LMP2 Dallara-Gibson P217 under the APM Monaco Team KCMG banner, but does not currently have a car.

It is understood that it would lease a car from one of the teams running Dallaras in the European Le Mans Series should it be promoted from the reserve list.