Porsche and Audi will both build their LMDh cars around a Multimatic LMP2 chassis when the brands make their return to top-flight sportscar racing, including the Le Mans 24 Hours, in 2023.

As part of the new LMDh ruleset that will replace the existing DPi regulations in the IMSA SportsCar Championship and run alongside Le Mans Hypercars in the FIA World Endurance Championship, manufacturers are given the option of partnering with one of the four approved LMP2 chassis manufacturers: ORECA, Multimatic, Dallara and Ligier.

Porsche, which announced earlier this month that its programmes in both the WEC and IMSA will be run in collaboration with Team Penske, has now confirmed it has chosen Multimatic’s next-generation LMP2 chassis as the basis of the car that will be its first Le Mans prototype since the 919 Hybrid programme concluded in 2017.

It also stated that sister Volkswagen Group brand Audi will also team up with Multimatic and the two manufacturers are expected to collaborate further in their LMDh programmes, despite having taken completely different routes the last time they went head-to-head during the LMP1 era of the WEC.

"Multimatic is the most obvious and logical solution for us," vice president of Porsche Motorsport Fritz Enzinger said.

"We have known this highly respected company and its team of experienced professionals for many years and are absolutely convinced of the quality of their work.

"We don’t have to set up a completely new business relationship with them, but can hit the ground running. That’s vital and is exactly what is needed when developing a new racing car.

"There’s another factor of inestimable benefit: one part of Multimatic, like our team partner Penske, is based in Mooresville in North Carolina.

"Short distances and direct lines of communication will be of tremendous help in the development of the future LMDh prototype and in competition."

While Multimatic’s current LMP2 chassis (jointly developed with Riley Technologies) has made limited race appearances in its own right, it has formed the basis of Mazda’s RT24-P DPi challenger that has been running in IMSA since 2017. 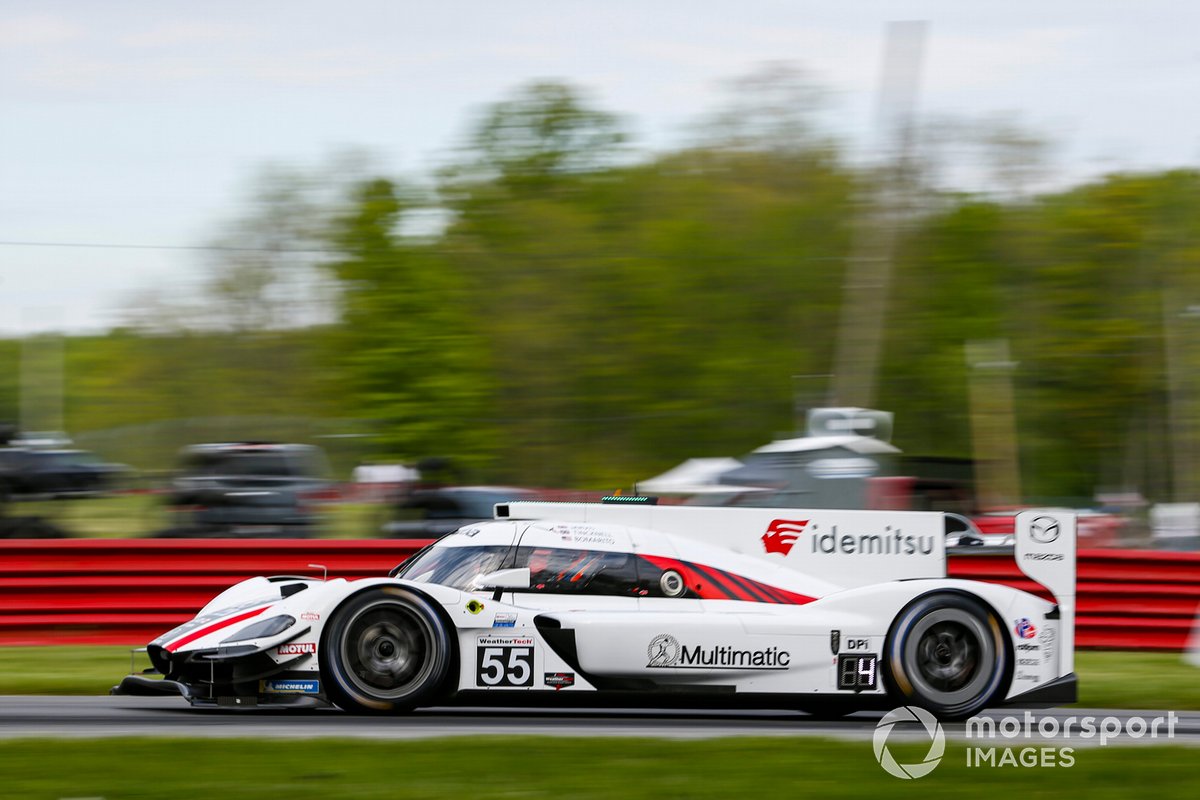 However, with Mazda pulling out of the series at the end of the current season, Multimatic has the capacity to forge a new tie-up with Porsche.

Multimatic’s Special Vehicle Operations executive vice president Larry Holt said: "This partnership with Porsche Motorsport is the culmination of thirty years of building our expertise in the area of competition vehicle engineering and development.

“It is a privilege to be chosen by Porsche for their next chapter in global hybrid prototype competition LMDh concept.

“Rules convergence between the FIA WEC and IMSA championships is unprecedented, and Multimatic’s commitment to the new model is all-in.

“I can think of no better team than our North Carolina neighbor [Penske] to campaign the new cars.”

Porsche’s board green-lit its LMDH project towards the end of the last year and the German marque will run a twin programme in WEC and IMSA from 2023.

It will run its cars in both series under the Porsche Penske Motorsport banner and also expects customer entries from the very onset of the programme.

Apart from Porsche and Audi, Ferrari is also returning to Le Mans in 2023, albeit with a car based around WEC's Le Mans Hypercar rules. Peugeot likewise will enter WEC next year with a hypercar of its own, to join existing manufacturers Glickenhaus and Toyota.