© 2021 Motorsport Network. All rights reserved.
TV Buy tickets Store
Previous / The top 10 LMP drivers of 2013 Next / At the wheel of the Nissan ZEOD
WEC / News

Pla, 32, has re-signed for the team that he joined for the final races of 2011, although his programme for the coming season has yet to be determined beyond taking part in this weekend's official Daytona 24 Hours test in its Morgan-Nissan LMP2.

"OAK has a lot of ambition," said Pla, who finished second in the LMP2 points in last year's World Endurance Championship.

"Jacques [Nicolet, the team owner] is very motivated for the future and I have built up a very good relationship with the team."

Pla explained that he expected to contest a mixed programme of events in both the United SportsCar Championship in America, of which Daytona is the opening round, and the WEC in either LMP1 or P2 or both.

"I am waiting to see what kind of programme I will have and expect to have some news soon," he added.

OAK has yet to confirm its plans for 2014 beyond its one-car assault on the USC.

It is unclear if the Le Mans-based team will field a works LMP2 entry after Nicolet declared in September that he wanted to leave the secondary prototype division to its customers.

It has since been announced that Onroak Automotive, OAK's sister company that builds the cars, is working on an P2 coupe design that will carry the badges of the famous Ligier marque.

OAK's plans for its new LMP1 coupe also remain in a state of flux because it has yet to agree an engine deal for the car. 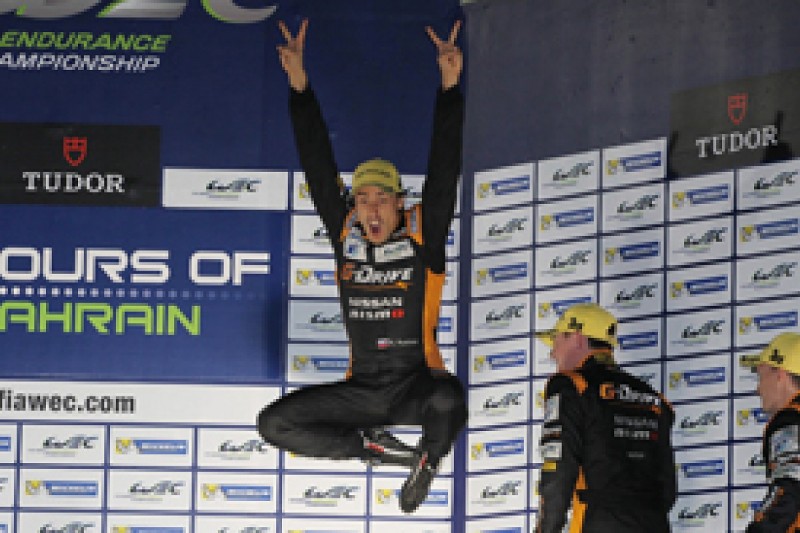 Roman Rusinov (pictured), a four-time P2 class winner in last year's WEC with the G-Drive/Delta-ADR squad, will also drive the OAK Morgan at the three-day Daytona test, which begins on Friday.

New OAK team manager Philippe Dumas, the architect of Hexis Racing's GT successes, explained that this was more with an eye to a possible link-up in the WEC than a full USC campaign.

"Roman will do the test to find out a little bit more about the team and the engineers; we are looking towards the WEC," he said.

Colombian Gustavo Yacaman, who contested last year's Grand-Am series with Michael Shank Racing, will also take part in the Daytona test with OAK as a possible lead-in to a full USC programme.

Dumas explained that other possibles for the USC car were Martin Plowman, who was part of the OAK's title-winning WEC line-up in 2013, and IndyCar regular EJ Viso.