The second-generation Vantage GTE, which was unveiled last November, has racked up this distance at major tests at Spanish tracks Andalucia and Navarra before Christmas, and at Yas Marina in Abu Dhabi and Aragon this year.

"We are really pushing the miles to ensure reliability; that's important with the Le Mans 24 Hours being the second race of the season.

"The testing hasn't been without its niggles, but the car has been pretty good from the first run and I don't think we are going to have any issues when we get to Spa [in May] for the first race."

Testing for the new Vantage's maiden GTE Pro class campaign in the 2018/19 World Endurance Championship has been undertaken in two phases, the first focused on reliability and the second on performance.

"Initially it was all about reliability and we've been happy with the mileage we have done, which included a 30-hour run at Navarra last year," explained Sayers.

"After Christmas we moved onto performance work at Abu Dhabi, which was our first real development test with Michelin.

"Now we are getting under the skin of all the little details and preparing for all the strategies that we require over a race weekend." 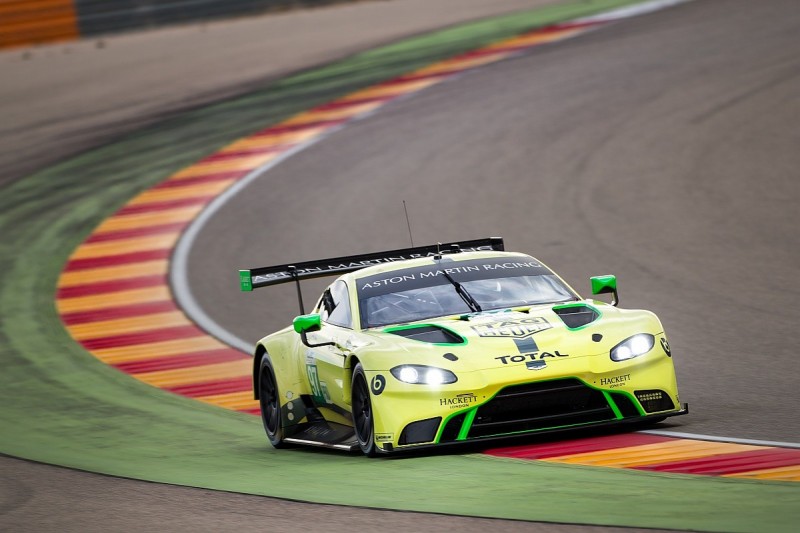 The team ran its two race cars in addition to its test cars during the second week.

"We gave the race cars a thorough shakedown, but it also allowed us to split development and focus on the tyres as well as set-up," said Sayers.

AMR is continuing its test programme at the Algarve circuit this week.

Sayers would not make predictions for the coming WEC superseason because the Balance of Performance for the new Vantage has yet to be revealed.

"It will all depend on the FIA's calculations, so we are just trying to do everything within our power to be as prepared as possible for Spa," he said.

A new automatic system was introduced last year, but the FIA will have to calculate a starting point for the 2018 Vantage before it becomes subject to the equation that determines the BoP for the six-hour WEC races.

AMR has announced a six-man driver roster for its pair of Vantages.

AMR will decide after Le Mans, as in previous years, whether to slim its crews down to two drivers for the six-hour WEC races.