The two-time Le Mans 24 Hours winner, who has retained advisory and ambassadorial roles with the Toyota LMP1 squad since his retirement at the end of 2015, has been drafted in for the official pre-season test on April 6-7 because three of the team's six race drivers are unavailable.

New signing Fernando Alonso will be competing for McLaren at the Bahrain Grand Prix, while Kazuki Nakajima and Kamui Kobayashi will be racing for Toyota's Lexus brand in the Super GT opener at Okayama.

Stephane Sarrazin, who had been under contract to Toyota for this season, has been released to join SMP Racing's LMP1 assault.

It will be the first time that Wurz has driven a Toyota LMP1 car since the official pre-Le Mans test in 2016 when he was the team's reserve driver for the 24 Hours.

A spokesman for Toyota told Autosport: "Alex is an experienced driver who has stayed very much in touch with the technology and developments in LMP1 via his role as advisor.

"As part of that role he attends all races and most tests, taking part in the various engineering meetings, so he is well qualified to jump back in the car and do a strong job for us at the prologue.

"We didn't have to look far to find an extra driver when it was clear that three of our race drivers would not be available at the prologue." 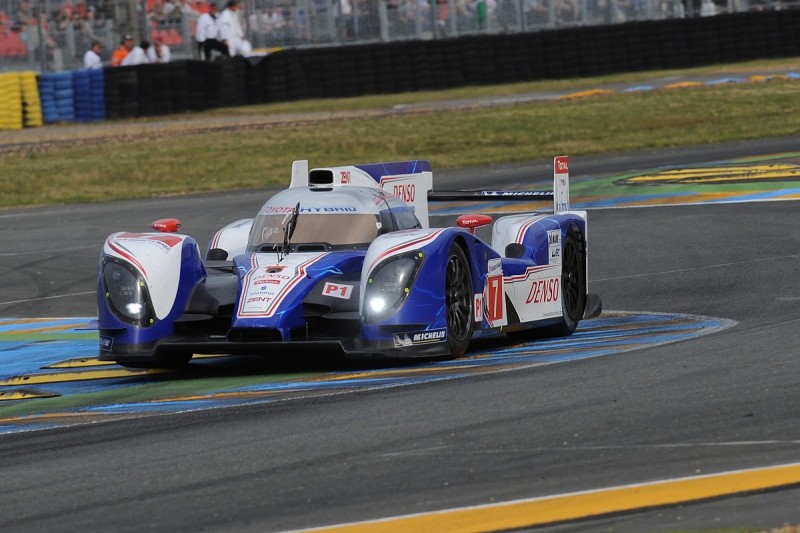 A veteran of 69 Formula 1 GP starts, Wurz was Toyota's first driver signing when it embarked on its return to the top-flight of sportscar racing for the 2012 WEC (pictured above).

He took five WEC victories before his retirement, after which he played a role in the development of the TS050 leading up to Le Mans in 2016.

Wurz's last race outing came at the 2016 Daytona 24 Hours when he drove a Riley-Ford EcoBoost DP for Chip Ganassi Racing.