The British marque is one of a small group of manufacturers around the table discussing the new class, dubbed GTP, that would allow firms to style their prototypes after one of their road cars.

Aston Martin Racing president David King told Autosport: "We are at the table because we are interested - there's no certainty that we will do it, but there is a definite interest.

"If the ACO and the FIA [who write the rules] allow us to compete at a cost that is not an order of magnitude more than a GTE programme, then we would look at it.

"We wouldn't be at the table to discuss LMP1 as it is now, because it is too expensive, as it was when we dabbled in it before [in 2009-11, pictured above].

"The conditions of our entry would be affordability and the ability of a small company like ourselves to compete with someone like Toyota together with a relevance to road cars."

King explained that the new mid-engined Aston Martin to rival the Ferrari 488 that company boss Andy Palmer has talked about would provide the styling cues for a potential GTP car.

Aston previously raced in LMP1 with reworked Lola chassis powered by its V12 GT1 engine, a car known as the DBR1-2, in 2009-10 (pictured below). 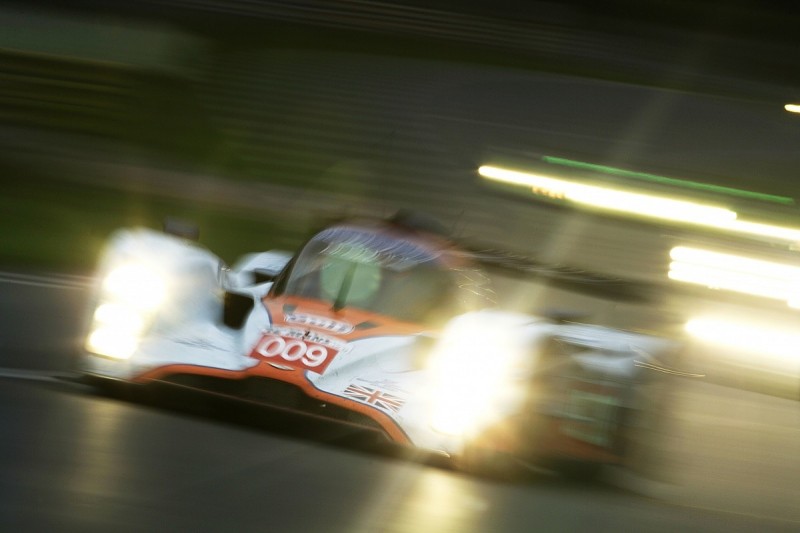 It subsequently built the shortlived AMR-One (pictured top) for 2011, before concentrating on GT racing from the rebirth of the WEC the following season.

The ACO and the FIA are aiming to announce the broad outline of the 2020/21 rules in the week of the Le Mans 24 Hours WEC round in June.

The plan is for cars that would be as fast as the existing breed of LMP1 machinery, but with a reduced level of hybrid technology.

The ACO is also pushing for IMSA to adopt LMP1 rules for its top division, currently fought out by Daytona Prototype international and LMP2 machinery, in the future.