The team will field a single AER-engined Lotus T129 in the eight-round championship, with Christijan Albers - who drove for the squad at Silverstone in 2012 - slated as the lead driver.

Nine full-time entries have been lodged for the top prototype class, which flitted between four and five cars in the final rounds of 2013.

As Lotus steps up, Strakka will move back down into LMP2 after two years in the top prototype class.

Nick Leventis will once again spearhead the team's assault on the seven-strong division, which includes entries from OAK Racing under the G-Drive banner and KCMG, which became the first Chinese squad to contest the Le Mans 24 Hours last year.

Its Ferrari 458 is one of three submitted for the full season, alongside two from the works AF Corse team.

AF Corse, Aston Martin and Ram will all have an additional presence in GTE Am, which will comprise eight full-season entries. 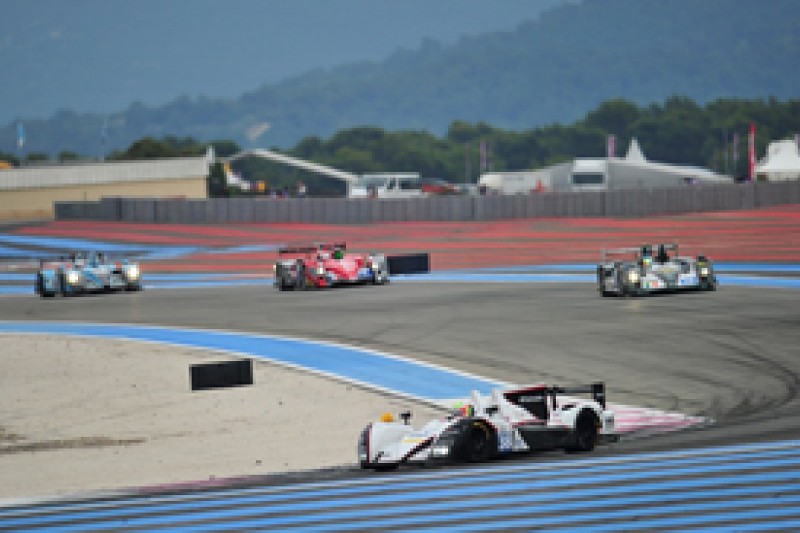 The European Le Mans Series' grid meanwhile will almost double in size in 2014, with 42 full-time submissions.

The series was halted after just three rounds in 2012 due to sparse grids, with only six cars entering the concluding round, held within Petit Le Mans.

A drastic improvement means there will be 13 entries in LMP2 alone.

Caterham's Greaves-run programme, Signatech and Sebastien Loeb Racing - which also won a slot for this year's Le Mans 24 Hours - will all contest the prototype class.

ART meanwhile will enter two McLaren MP4-27s in an inflated GTC category, while GTE will include cars from Aston Martin and AF Corse.