Race organiser the Automobile Club de l'Ouest has announced two programmes that will take the entry place filled by Nissan's DeltaWing and ZEOD RC projects in 2012 and '14 respectively.

The incumbent of Garage 56 next year will be quadruple amputee Frederic Sausset (pictured), who is planning to drive a specially-adapted Morgan LMP2 chassis under the Sausset Racing Team 41 banner.

Sausset, who lost his limbs in 2012 to a bacterial infection, has started racing in the VdV endurance series this year at the wheel of a Ligier Group CN prototype as the first step on the road to competing at Le Mans.

"I needed an objective in my life and my passion is sportscars," Sausset told AUTOSPORT.

He has the support of Audi, which has supplied a near-standard Audi S3 turbo engine to power his CN Ligier JS53 EVO and will provide an endurance variant of its DTM four-litre V8 for the LMP2.

"When I went to see Vincent Beaumesnil [the ACO's sporting manager], he gave me as many contacts as he could and Dr [Wolfgang] Ullrich came back to me and asked how he could help.

"We are looking for a budget of €3million and we have the first two parts."

Sausset operates the accelerator and brake with special controls under his thighs, which are connected to the conventional pedals.

The 46-year-old steers with a prosthetic limb attached to his right arm.

Christophe Tinseau, an 11-time participant at Le Mans, is working with Sausset and will be one of his team-mates.

Gerard Welter, who was also the W of the WM Le Mans team of the 1980s before launching Welter Racing in the 1990s, is at an advanced stage of his project.

The first monocoque has already been completed and is due to be delivered to the team's Paris workshops next week, while the engine block is complete.

WR technical director Vincent Soulignac said: "We have agreed with the ACO that this should be a two-year programme.

"Today it became possible to achieve our goals because now we can start talking to partners."

WR is developing the 1.6-litre turbocharged engine, which is hopes to attain 500bhp.

The biomethane-powered Garage 56 racer will be a conventional LMP design and be refuelled like any other car.

Its agreement with the ACO means it has to be displayed at next year's 24 Hours and should begin testing immediately afterwards. 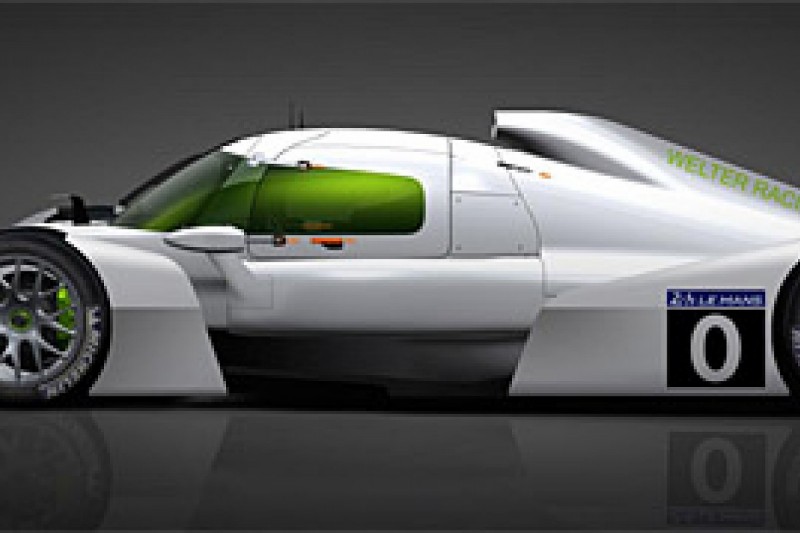 Porsche believes it can go even faster in Le Mans qualifying