The FP4 times were some way off the fastest free practice laps set by both teams on Wednesday, with the 3m17.089s set by Conway's team-mate Kamui Kobayashi during qualifying practice the best effort so far.

All five LMP1 cars are taking part in the half-hour Hyperpole session that follows final practice.

Paul di Resta went quickest in LMP2 for the United Autosports squad late in the session.

A 3m29.663s from Antonio Felix da Costa was good enough to for third in the Jota ORECA, which was bumped from the top six in first qualifying on Thursday and will not take part in the Hyperpole session.

Renger van der Zande was fourth fastest for DragonSpeed with a 3m29.925s set early in the session.

Porsche ended up quickest in GTE Pro courtesy of a 3m51.985s from Michael Christensen aboard the #92 Porsche 911 RSR-19. 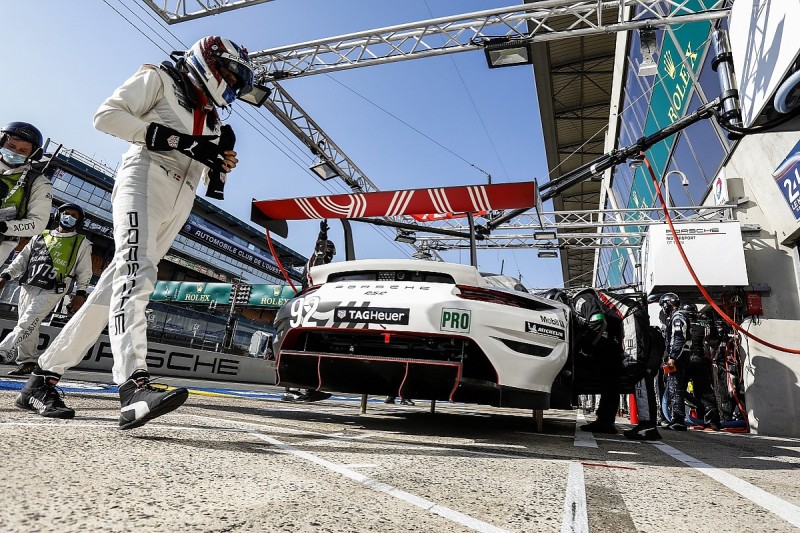 The second of the two factory Ferraris was third in the hands of Alessandro Pier Guidi on 3m52.684s.

Alex Lynn set the fastest Aston Martin time with a 3m52.875s aboard the #97 Vantage GTE.

Matteo Cairoli was fastest in GTE Am in his Project 1 Porsche on a 3m53.884s.

That put him just five hundredths up on Come Ledogar in the Luzich Racing Ferrari.

Hyperpole for the top six cars in each class in Thursday's first qualifying session begins at 11:30am local time.