Ex-Formula 1 driver Kevin Magnussen has completed the first test in the car he will share with father Jan in this year's Le Mans 24 Hours.

Magnussen father and son drove the High Class Racing ORECA-Gibson 07 over two days at the Motorland Aragon circuit in Spain together with Anders Fjordbach, their team-mate for the double-points World Endurance Championship round on 21/22 August.

The test, on Monday and Tuesday of this week, was described by Kevin Magnussen as "a good start to the project".

"We made great progress over the two days and, if we compare our speed to the other LMP2 teams that also tested this week, it looks strong," said the 28-year-old Dane, who will be making his Le Mans debut this year before joining Peugeot's WEC squad for 2022.

"More importantly, it feels like we three drivers fit really well together.

"We all gave the same feedback to the engineers after our runs and, if we agree on how the car should behave, then as I said it is a really good start.”

Magnussen, who flew straight from the Road America IndyCar race where he was subbing for Felix Rosenqvist at Arrow McLaren SP, added that driving with his father was "really cool" and "an extraordinary experience".

"It's quite natural for my father and I to talk about race cars, because we have done that pretty much since I could talk," he said.

"But usually we tend to talk about each of our race cars, and now all of a sudden it was about the same one.

"It was fun and interesting to hear each other's feedback, and it was especially fun to stand and compare my dad's data with my own." 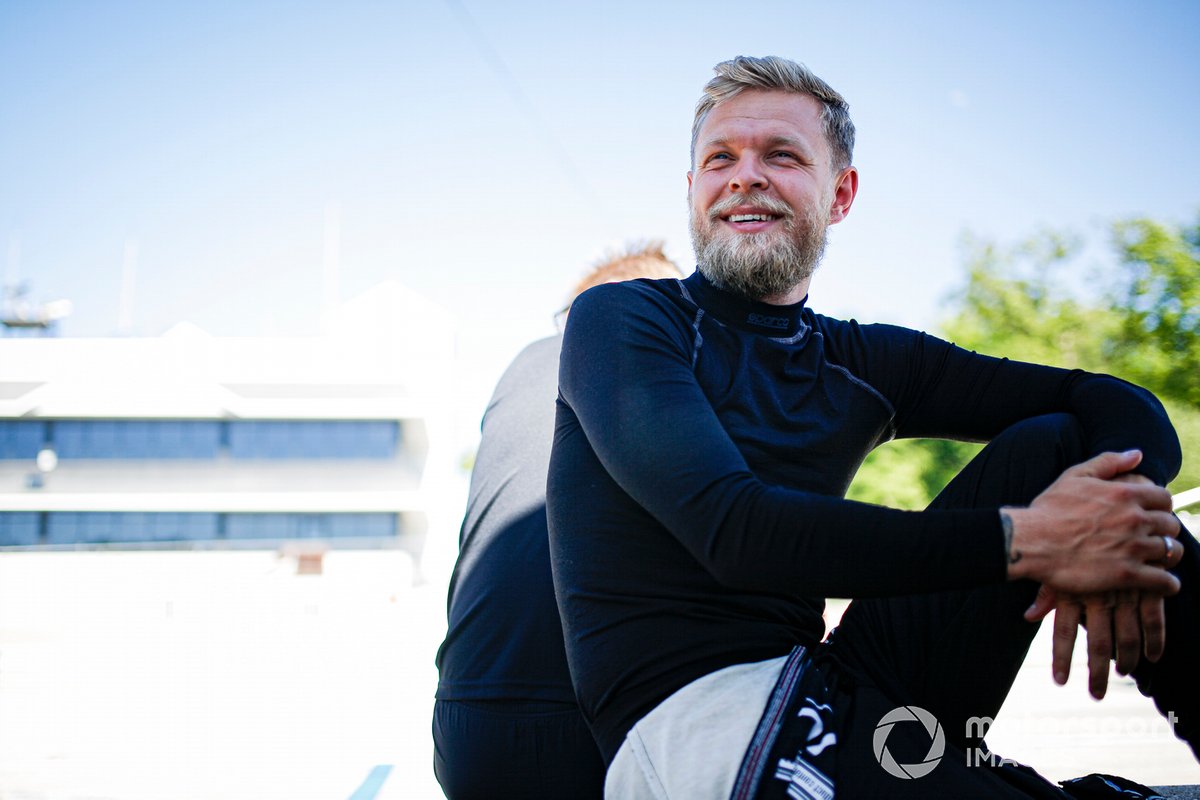 Magnussen Sr revealed that he had "goosebumps when Kevin jumped in the car and left the pitlane".

"We have worked extremely hard to make this project a success, and there’s a lot of work still ahead of us," said the sportscar veteran, who is racing full-time with Danish entrant High Class in this year's WEC.

"But, in the middle of it all, we are really just father and son on a racetrack, doing something together that we have only been able to dream of until now.”

Magnussen Sr, also a former F1 driver with McLaren and Stewart, revealed shortly after the announcement of the programme in April that this year's Le Mans would be the last chance for them to race at Le Mans together.

"He's off to Peugeot and when he's done, I'm going to be far too old: this was absolutely the last shot," he told Autosport.

Kevin Magnussen flew straight back to America after the test to take up his seat with the Ganassi Daytona Prototype international squad at this weekend's Watkins Glen 6 Hours round of the IMSA SportsCar Championship.

He scored his first victory in the series together with Renger van der Zande at the Detroit round earlier this month.