Bamber and Vanthoor, respectively overall winner at Le Mans in 2015 and 2017 and GTE Pro victor in 2018, will join Cooper MacNeil in the WeatherTech Racing Porsche 911 RSR for the World Endurance Championship blue riband on 21/22 August.

The duo, who took the GT Le Mans title together in the 2019 IMSA SportsCar Championship, are the latest Porsche drivers to be placed with WeatherTech for its 2021 campaign.

They follow Gianmaria Bruni, Kevin Estre and Richard Lietz, who joined MacNeil for the Daytona 24 Hours IMSA opener in January.

Matt Campbell and Matthieu Jaminet subsequently won the GTLM class with MacNeil at the Sebring 12 Hours in March.

MacNeil described the driver roster assembled by the team "as a mature Le Mans line-up".

"Between the three of us, we have 17 starts at Le Mans," he said. "That is a lot of miles and experience around that place."

Bamber, who is no longer classified by Porsche as a full factory driver, will be returning to Le Mans after a year's absence.

“After missing the event in 2020, I can’t wait to get back to one of my favourite tracks in the world," he said. 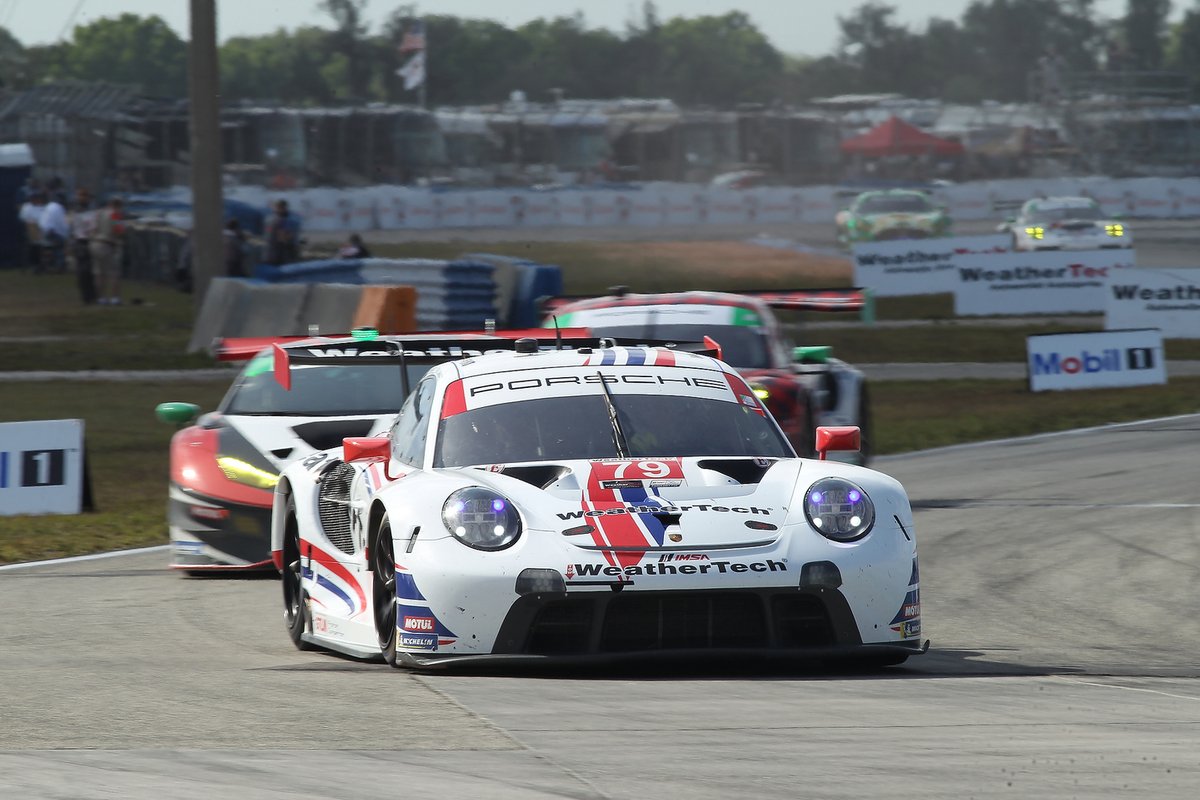 "I have followed Cooper for years in the IMSA championship and to see him get his first overall GTLM victory at the Sebring 12 hours this year was awesome.

"I hope we can achieve similar things this year at Le Mans."

Full-factory driver Vanthoor, whose main programme with Porsche this year is in the GT Daytona IMSA class with Pfaff Motorsports, will be making his fourth consecutive Le Mans start at the wheel of a Porsche in GT Pro.

The Belgian described Le Mans as "the highlight of the year".

"Obviously Earl and I know each other pretty well," said Vanthoor, who also won last year's Spa 24 Hours together with the Kiwi and Nick Tandy.

"And Cooper has good experience of the car now and knows Le Mans well.

"I think we can do something at Le Mans this year, though obviously we aren't the top favourites against the factory cars."

Vanthoor had been set to drive the #92 Manthey-run factory 911 RSR in which he has contested the past three Le Mans.

Porsche then decided to bring back Michael Christensen to reform his partnership with Estre in the car he now shares with Neel Jani in the full WEC.