Reigning World Endurance Championship LMP2 title-winner Phil Hanson will remain with the United Autosports squad for the 2022 WEC season, the team has announced.

The news follows on from the revelation last month that United will expand its presence in the WEC's LMP2 class to a two-car entry.

Hanson will continue to share one of United's ORECA 07-Gibsons with Filipe Albuquerque, whose place in the team for 2022 was also confirmed in its most recent announcement, and an unnamed third driver.

That place is currently occupied by silver-rated DTM graduate Fabio Scherer, who replaced Paul di Resta in the United WEC line-up for the 2021 season after Hanson was upgraded from silver to gold status.

United team boss Richard Dean commented: “I am delighted we are able to secure the signing of Phil for his fifth season with United Autosports.

"Phil has grown up with us and it has been a privilege to see him develop into the true professional he is today; a Le Mans winner and a multiple championship winning driver.

"The aim is simple, to be winning races and the WEC championship again in 2022.”

Hanson added: “I’m delighted to be remaining with United Autosports for another season of the FIA WEC in 2022.

"I’m looking forward to what will be my third season of WEC and fourth consecutive year with a team I feel has become my family in motorsport.” 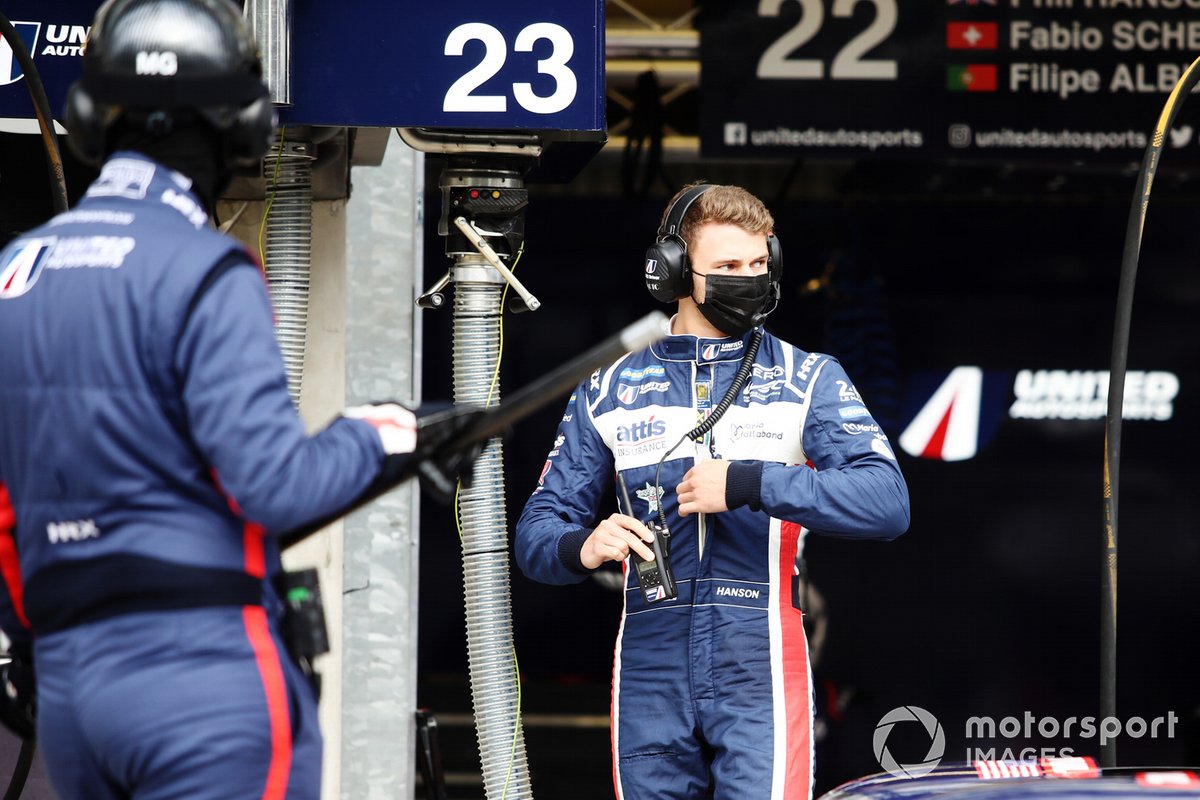 United's second 2022 WEC entry will be shared by American 15-year-old Josh Pierson, who is set to become the youngest-ever driver to contest the Le Mans 24 Hours, and two other to-be-confirmed drivers.

Hanson sits alone in fourth place in the current LMP2 drivers' standings with wins in two of the first three rounds of the season at Spa at Monza, as his team-mates Albuquerque and Scherer were both forced to miss the Portimao race in June.

Any hopes of Hanson and Albuquerque defending the Le Mans 24 Hours class win they scored along with di Resta in 2020 were ended by an alternator problem and further electrical issues, which left them 35 laps down.