Two-time Formula race starter Pietro Fittipaldi is joining the British Jota team for the defence of its World Endurance Championship LMP2 crown in 2023.

Fittipaldi will race Jota’s solo full-season WEC P2 entry with a ORECA-Gibson 07 alongside David Heinemeier Hansson and Oliver Rassmussen as Jota attempts to retain the title it won with Antonio Felix da Costa, Will Stevens and Rorberto Gonzalez in 2022.

Fittipaldi and Heinemeier Hansson are moving across from the Inter Europol team with which they raced together in 2022 European Le Mans Series to join Rassmussen, who competed in Jota’s second entry in the WEC last year alongside Ed Jones and Jonathan Aberdein.

The son of two-time F1 world champion Emerson Fittipaldi, who looks likely to retain his test and reserve role at Haas this season, will be making his first full WEC assault.

He raced at the Le Mans 24 Hours with Inter Europol in 2022 and had been set for a limited programme with the DragonSpeed LMP1 team in the 2018/19 series before breaking his leg in practice for the opening race at Spa.

Fittipaldi described the chance to race with Jota as an “amazing opportunity”.

“I’m very happy for the opportunity to be racing with Jota in the 2023 WEC season: they are an extremely successful team and have a lot of experience in endurance racing.

“I'll be racing alongside David, who I already know from the past season where we raced together in ELMS.

“We already have a lot of great racing chemistry together and having Oliver in the line-up means there is also some great additional and recent experience with the team.”

Heinemeier Hansson, who is the mandatory silver driver in the crew, is returning to Jota after contesting the final three rounds of the 2018/19 WEC season with the team, which included victory in the Sebring 1000 Miles with Stevens and Jordan King.

“We won the WEC Sebring race together back in 2019, so I know what we're capable of achieving together,” said the Dane, winner of the WEC GTE Am title in 2014.

“With this line-up that includes both the continuity of driving again with Pietro and adding one of the most promising young Danish drivers in Oliver, it's hard to wish for more.” 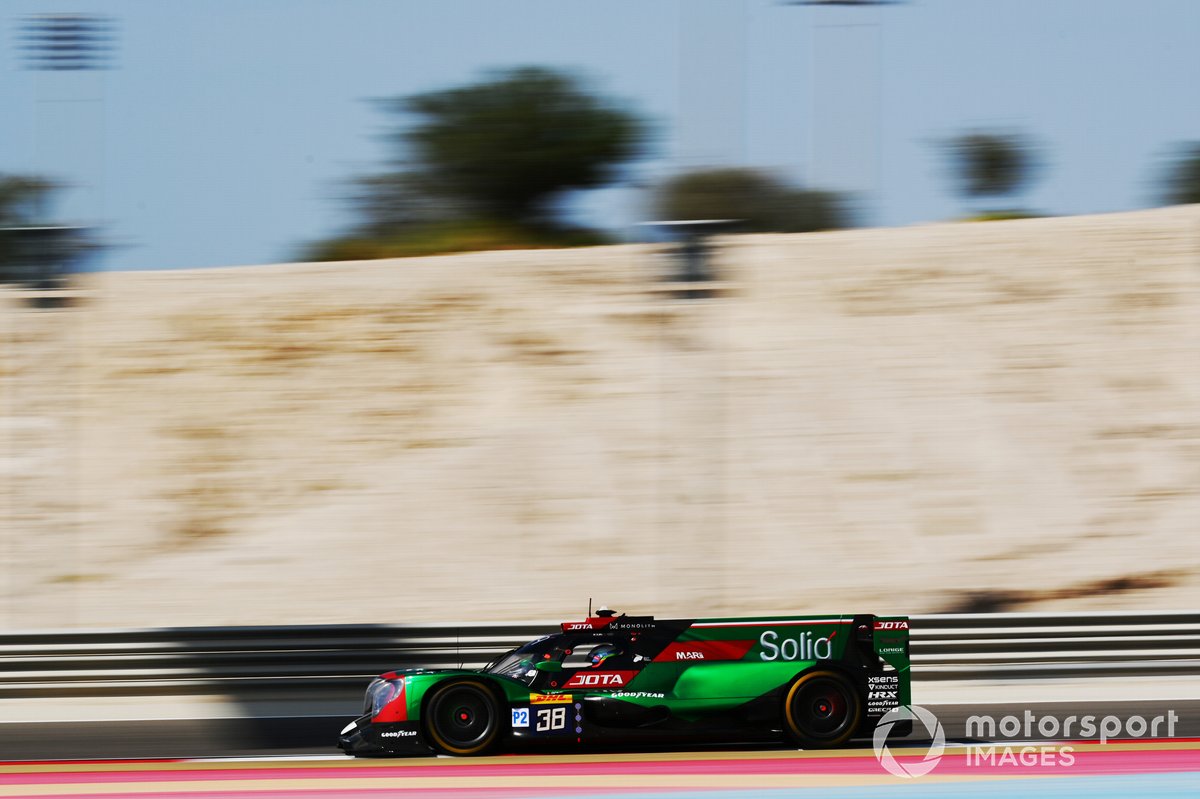 “Oliver impressed us all year long last season with his speed and consistency, David is no stranger to the team, proved his winning pace with us in 2019 and since the realignment of the driver grading system is probably the best real silver out there.

“And to have someone of Pietro’s talent completing the line-up is super exciting.”

Steven and da Costa look set to graduate to Jota’s new Porsche 963 LMDh in the Hypercar class this season.

An announcement that they will join Porsche-contracted Yifei Ye in the car is expected in the next two weeks.

Jota has committed to running its Hypercar line-up in a P2 ORECA before its LMDh comes on stream.

Porsche has stated that customer 963s will not be delivered in time to race before round three of the 2023 series at Spa at the end of April.

Hignett said: “Any race where we don’t have the Hypercar, we will run a P2 in its place.”