Porsche has signed the German for the third 919 Hybrid entry that it announced earlier this week, and will also field him in the Spa round of the World Endurance Championship in preparation.

"I've been a Porsche fan for a long time and have been watching their return to the LMP1 class closely.

"The desire grew to drive that car at Le Mans.

"I am very pleased the 2015 Formula 1 calendar allows for it and I'm grateful to my Force India Formula 1 team's generosity to let me go for it.

"Now it's up to me to work hard to satisfy both commitments."

Hulkenberg will become the first active grand prix driver to combine F1 and Le Mans programmes since Sebastien Bourdais contested the 2009 24 Hours with Peugeot between his Toro Rosso F1 commitments.

Porsche team principal Andreas Seidl said a lot of thought had already gone into how to acclimatise Hulkenberg to Le Mans around his F1 programme.

"Having caught the interest of another world class driver like Nico is validation for the job the entire Porsche LMP1 crew had done in our first WEC season," he said. 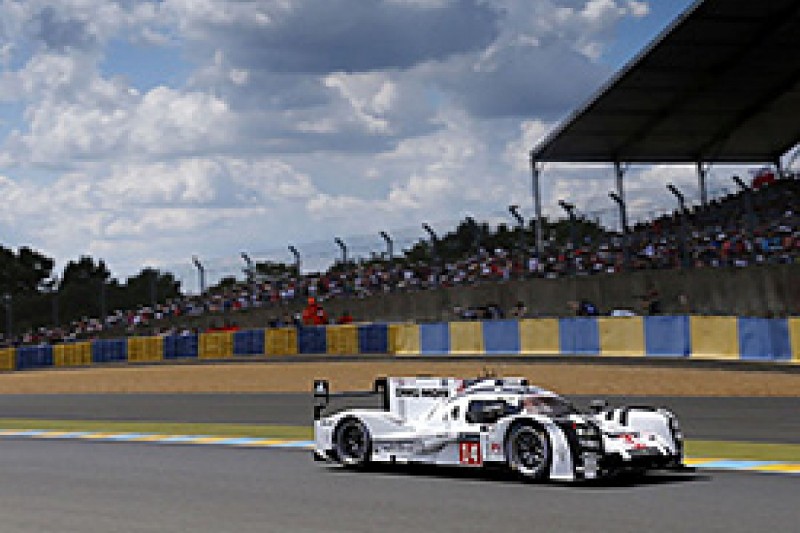 "Now we will prepare Nico for his new challenges such as dealing with the traffic of the slower GT cars and racing into the Le Mans night.

"We have got a road map in place which should enable him to exploit his driving abilities at his Le Mans debut.

"We're looking forward to working with Nico and we want to thank the Sahara Force India F1 team and team principal Vijay Mallya for loaning him to us."

The team has yet to announce the other two drivers for its third car, but has recently been evaluating standout performers from its factory GT line-up.

Toyota could switch to battery option for 2015 WEC LMP1